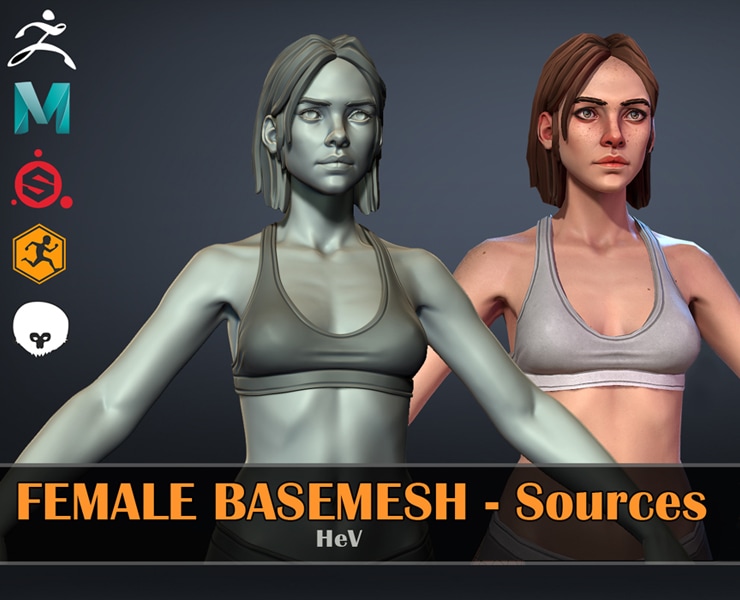 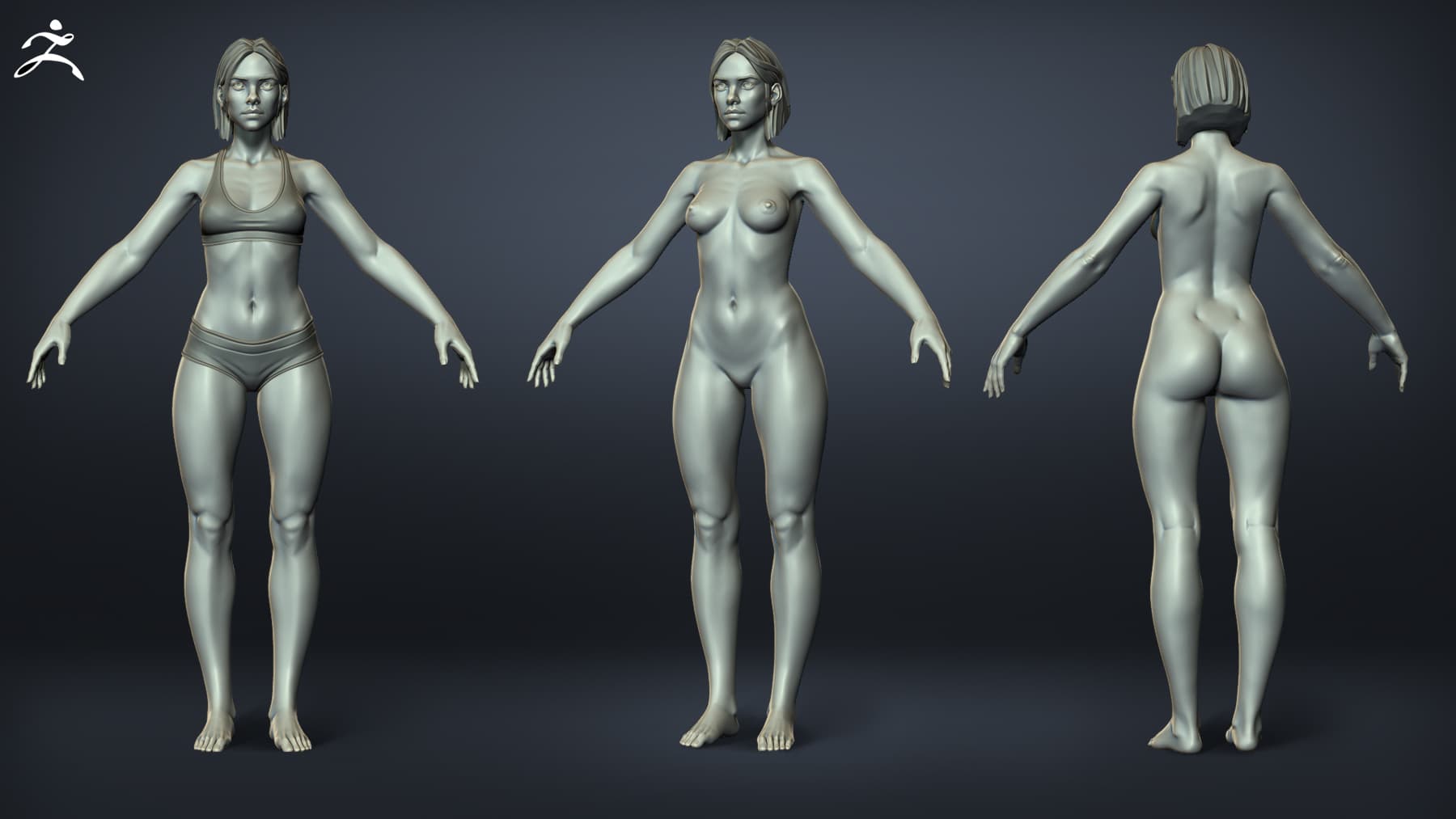 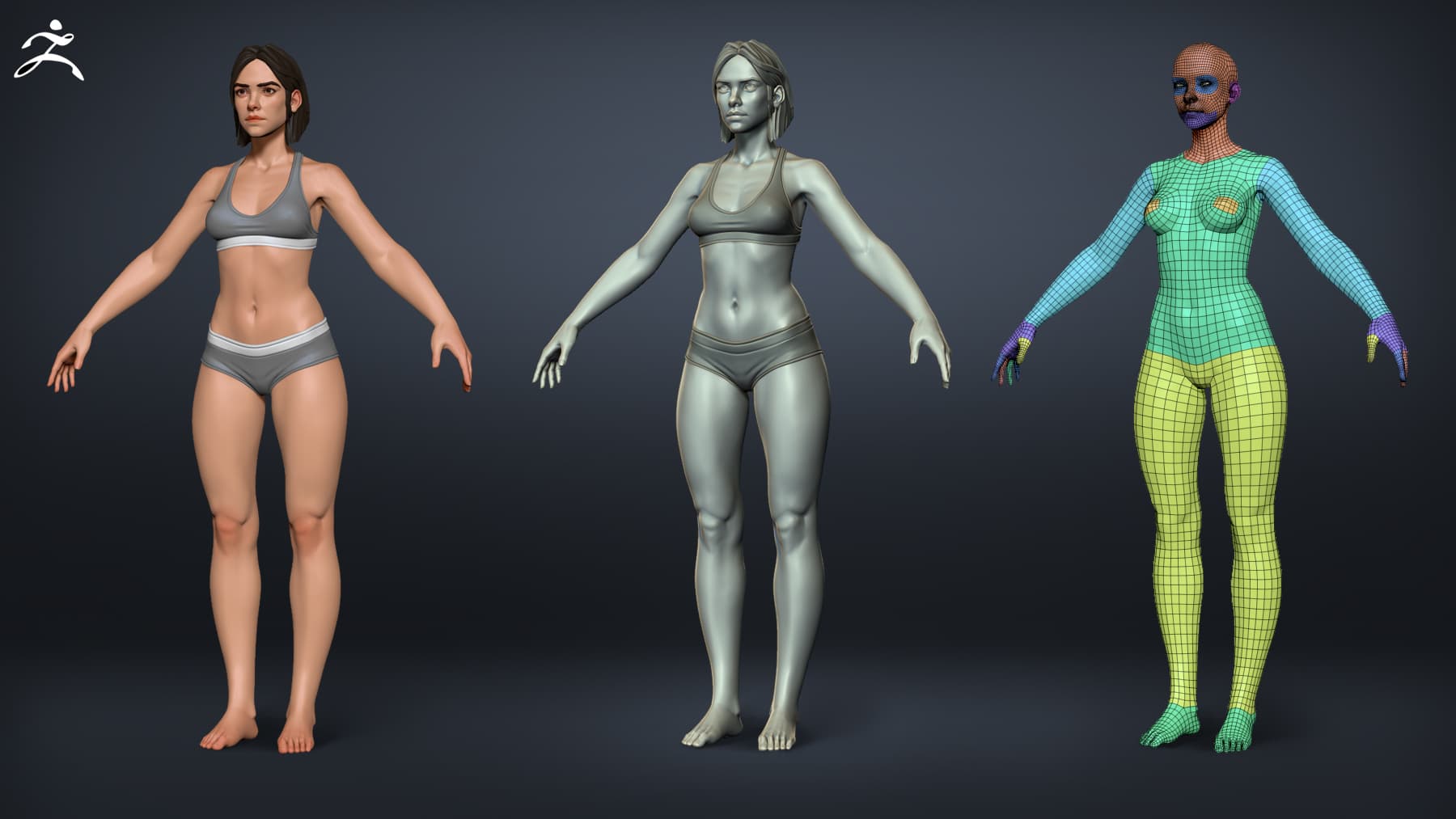 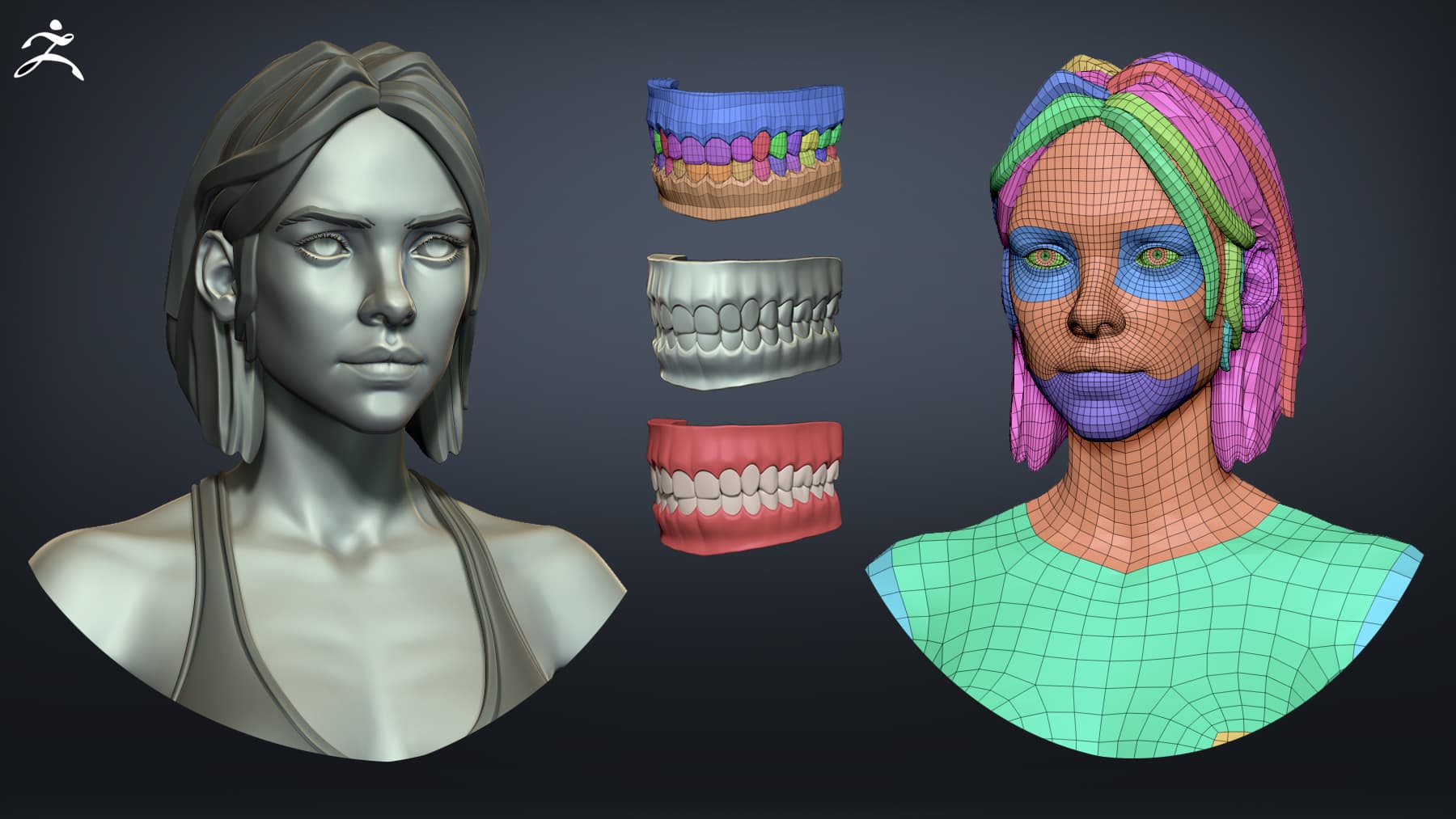 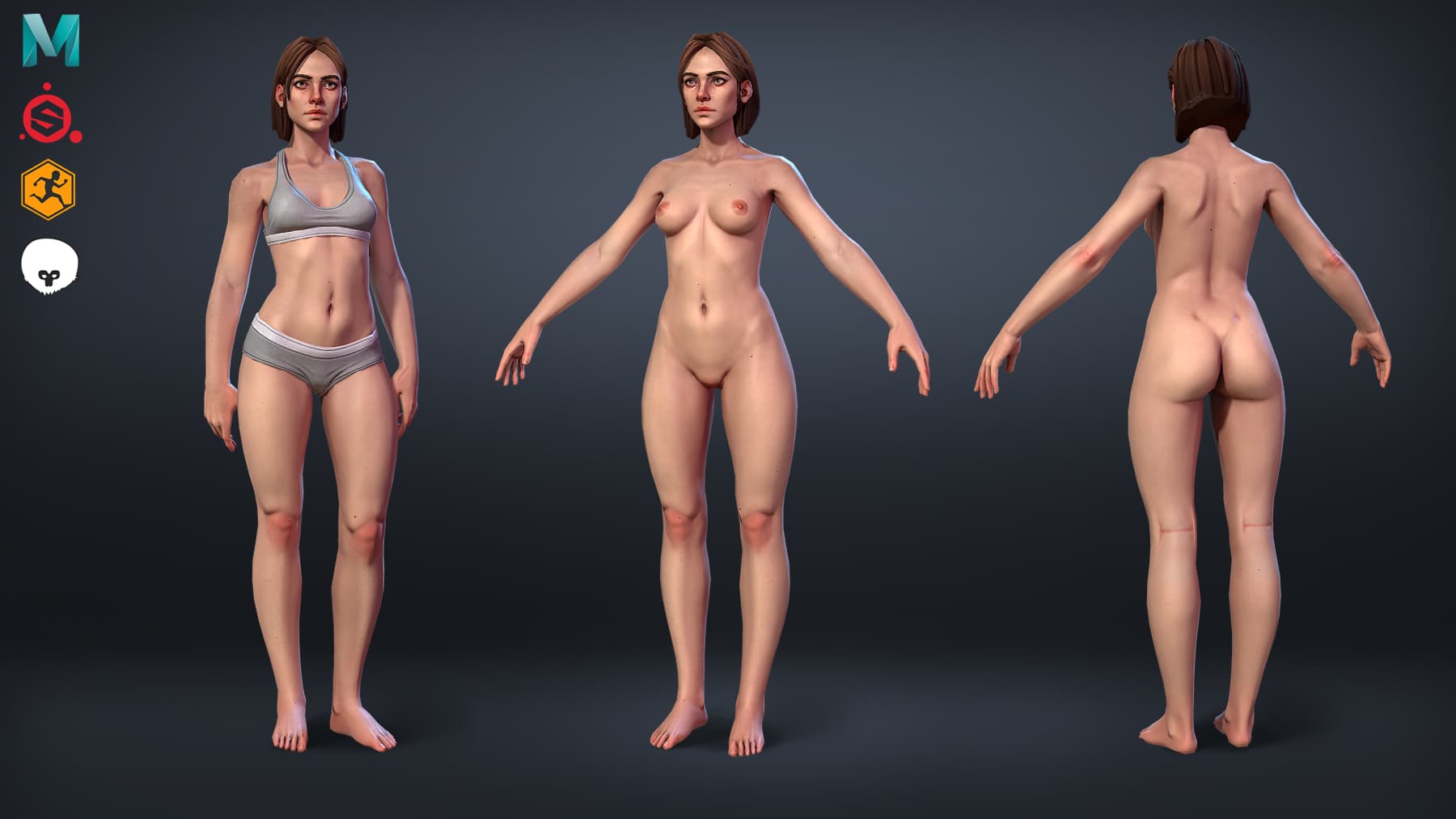 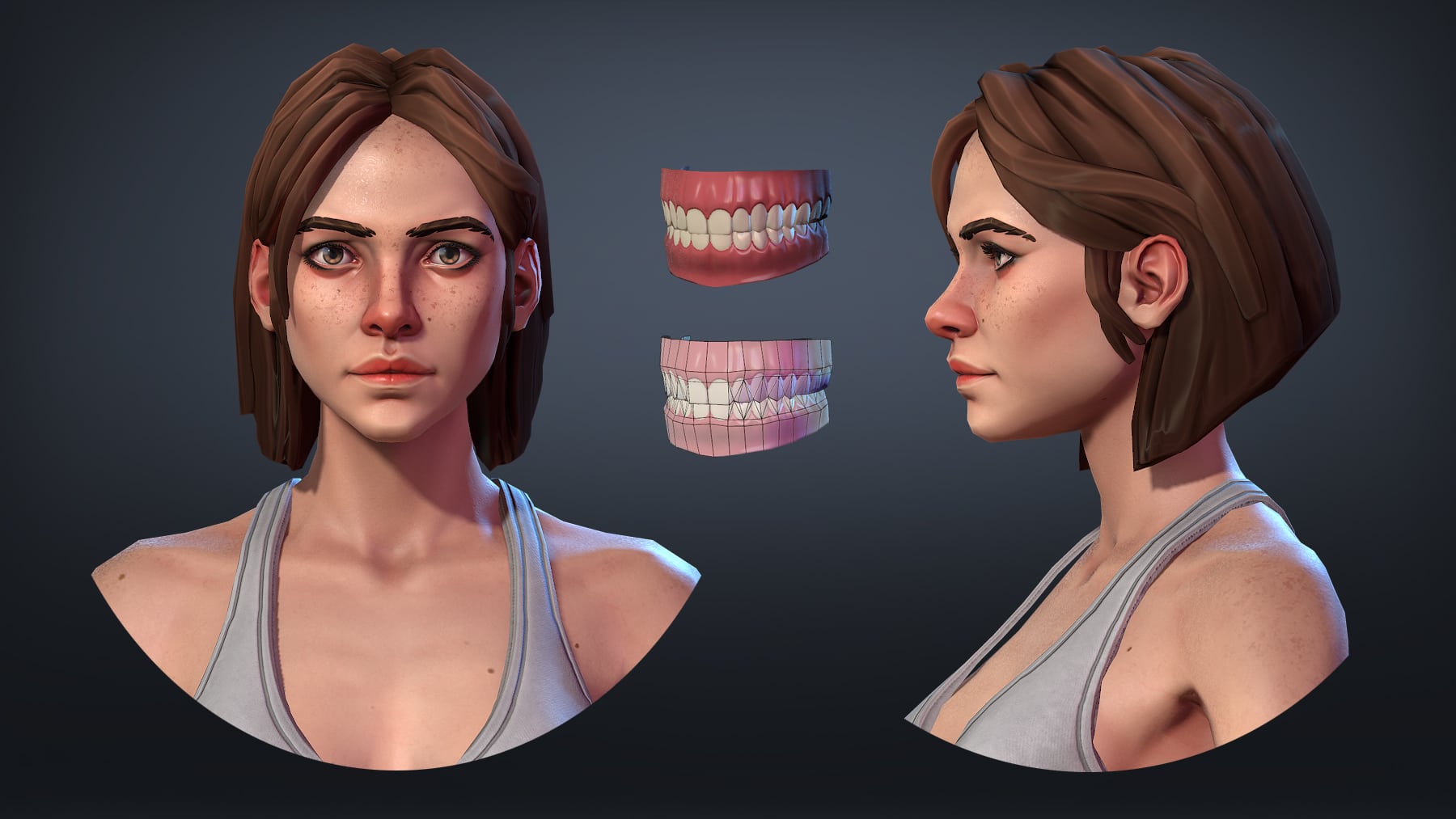 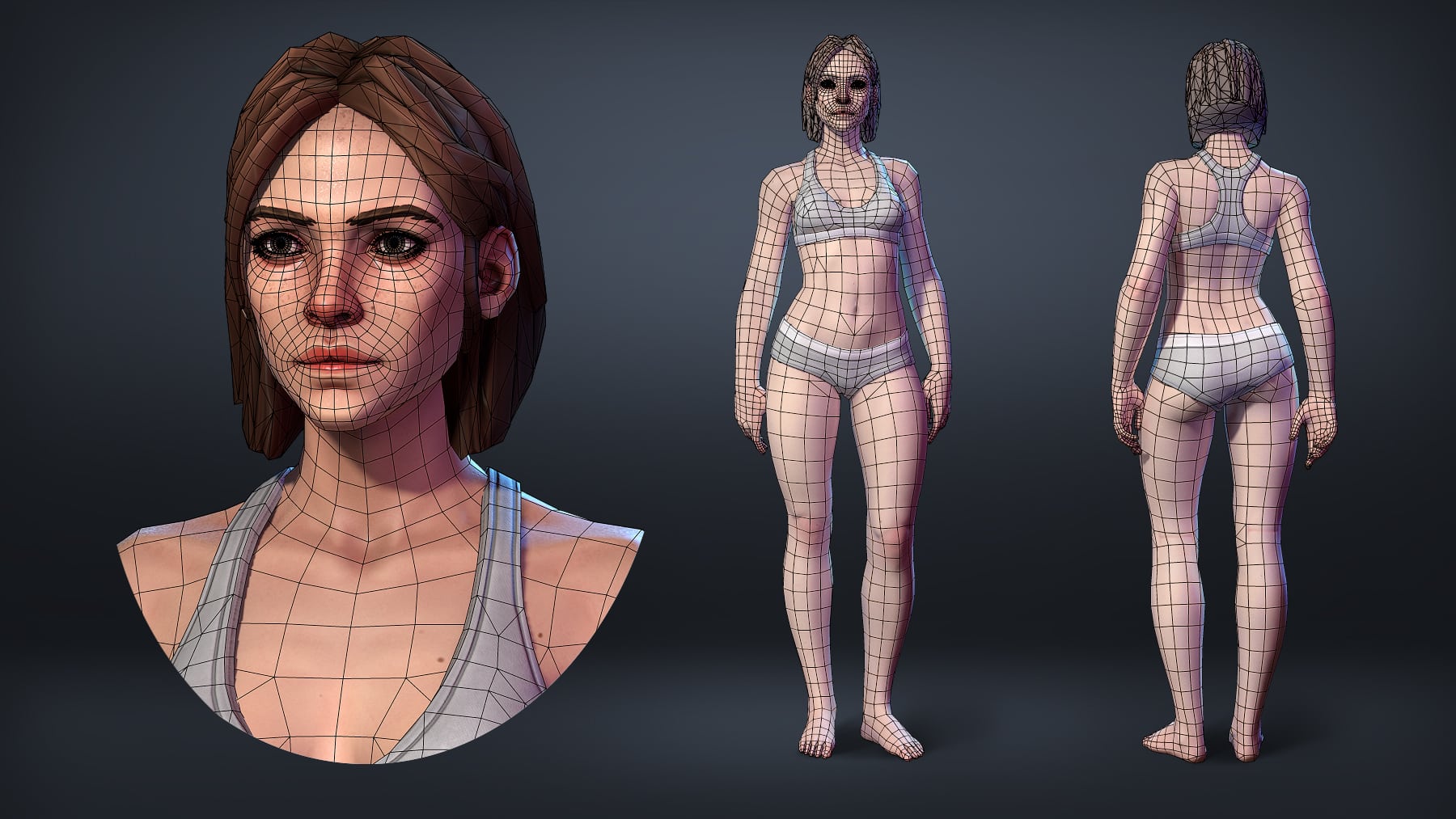 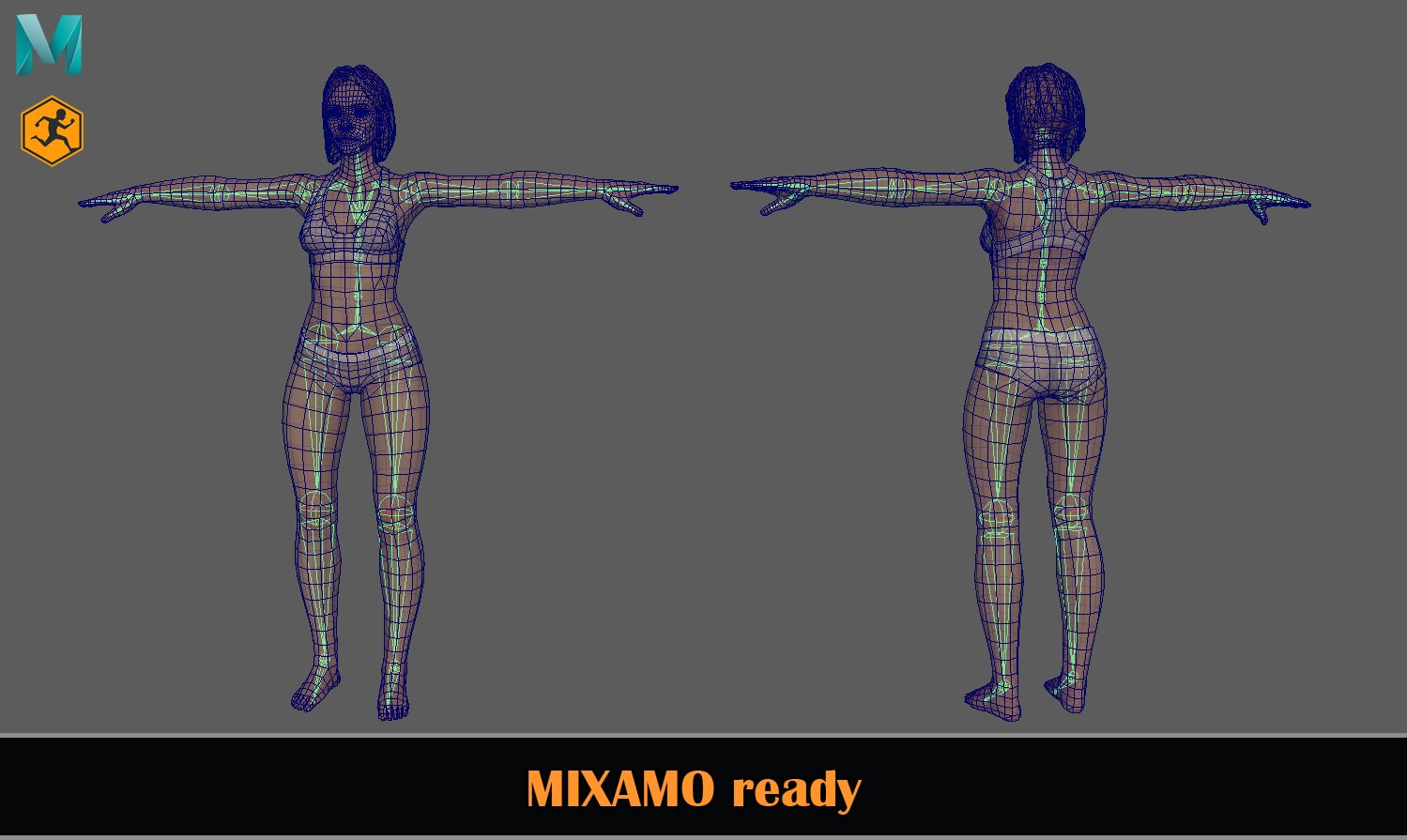 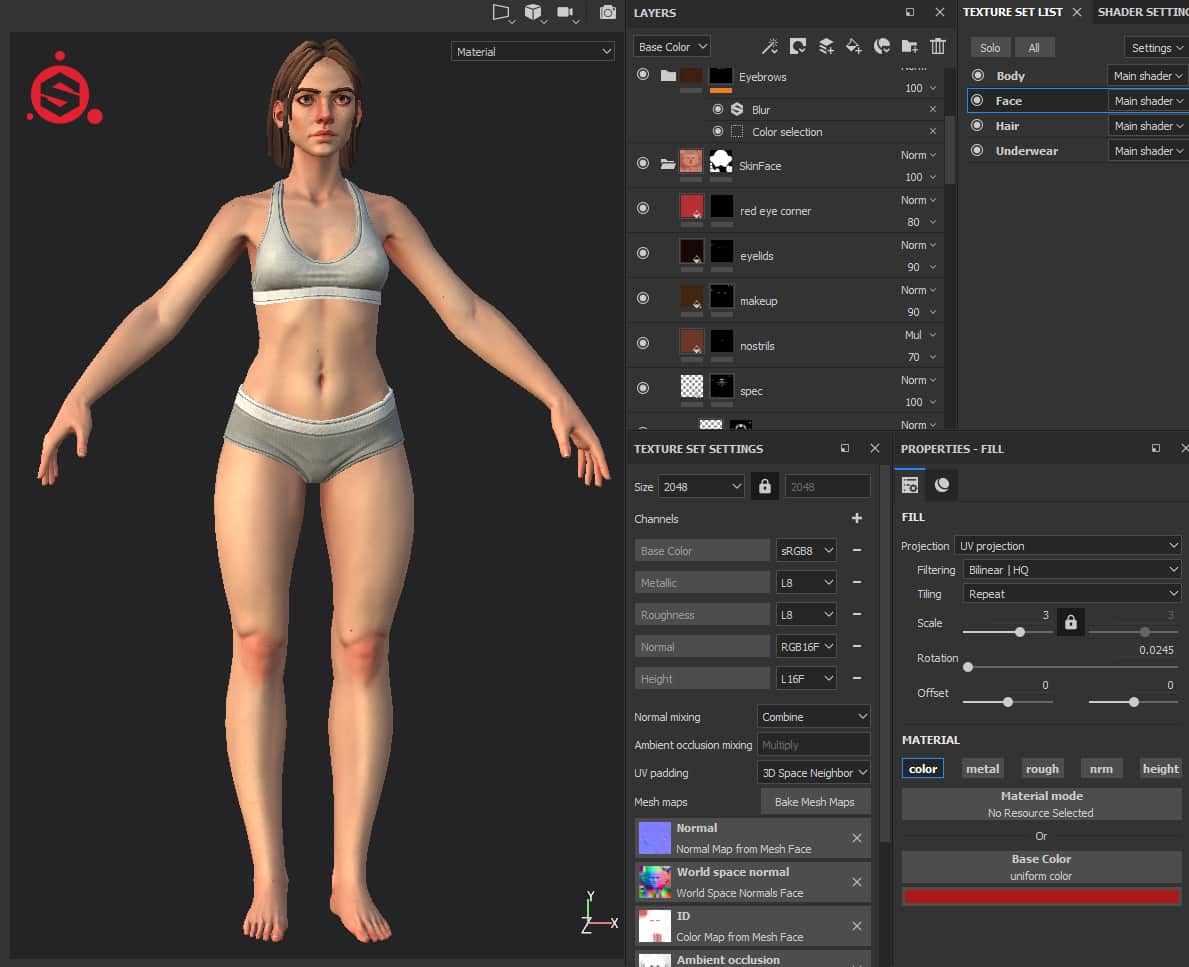 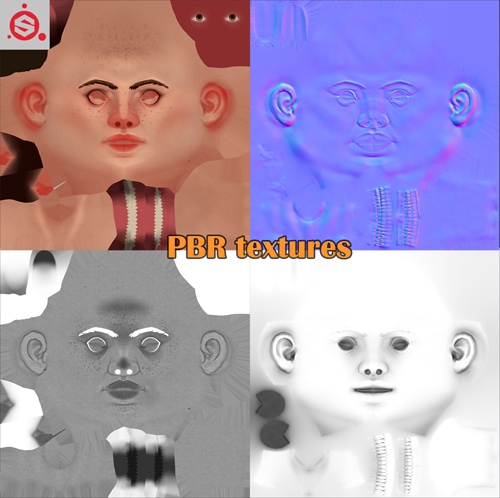 In this bundle you will find a full Character and all the Source files, from High Resolution sculpt to Textured Game model. It meets all the industry standards and can help understanding the character creation pipeline for Video Game.

I use this Basemesh for any kind of project and study, realistic or stylized. This is a solid base to bring any project to life.

The high detailled ZBrush model has a clean topology with polygroups, easy to sculpt and ideal to increase anatomy skill.

The Game model is fully rigged and skinned, with edge loops for clean deformations, compatible with Mixamo animations and is provided with the Marmoset Toolbag  setup scene.

Also provided with the Substance source file, to allow any kind of texture customization.