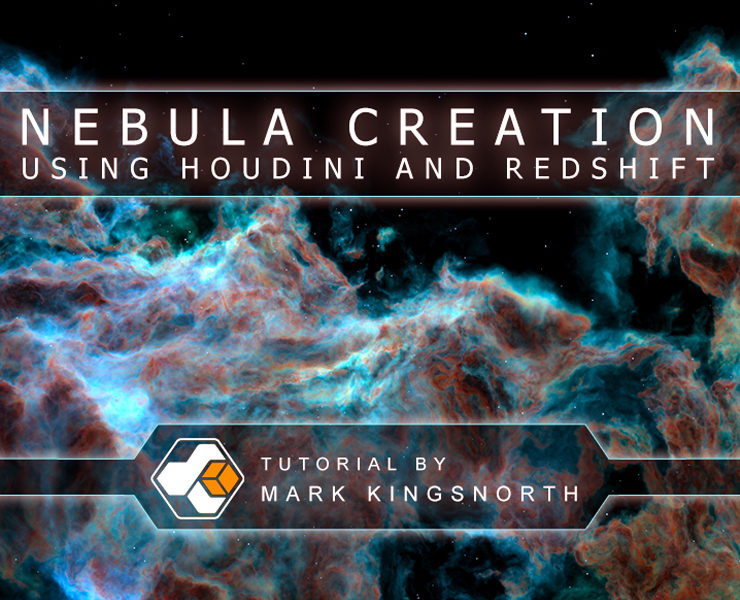 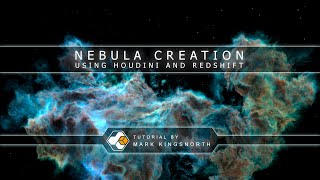 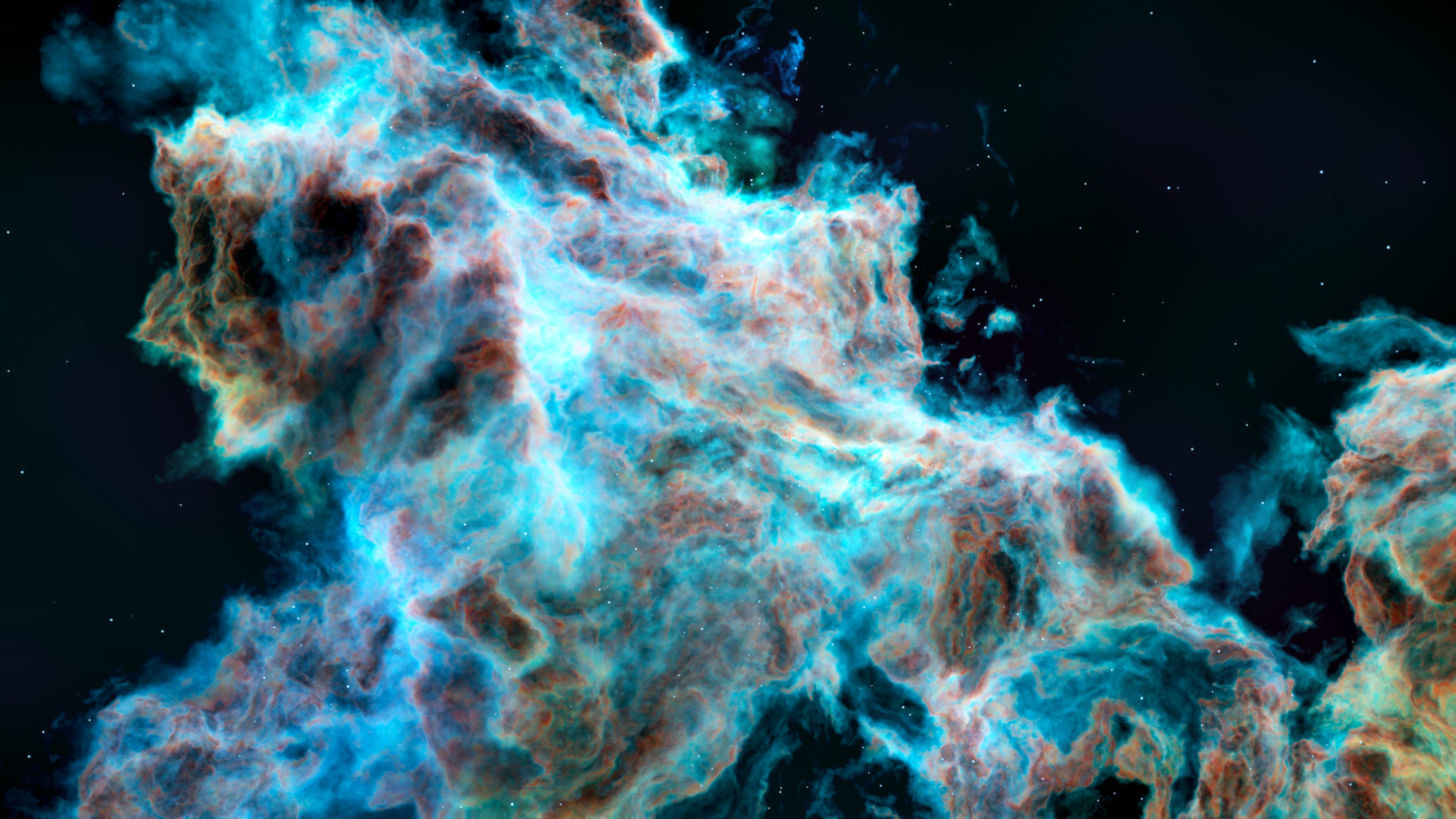 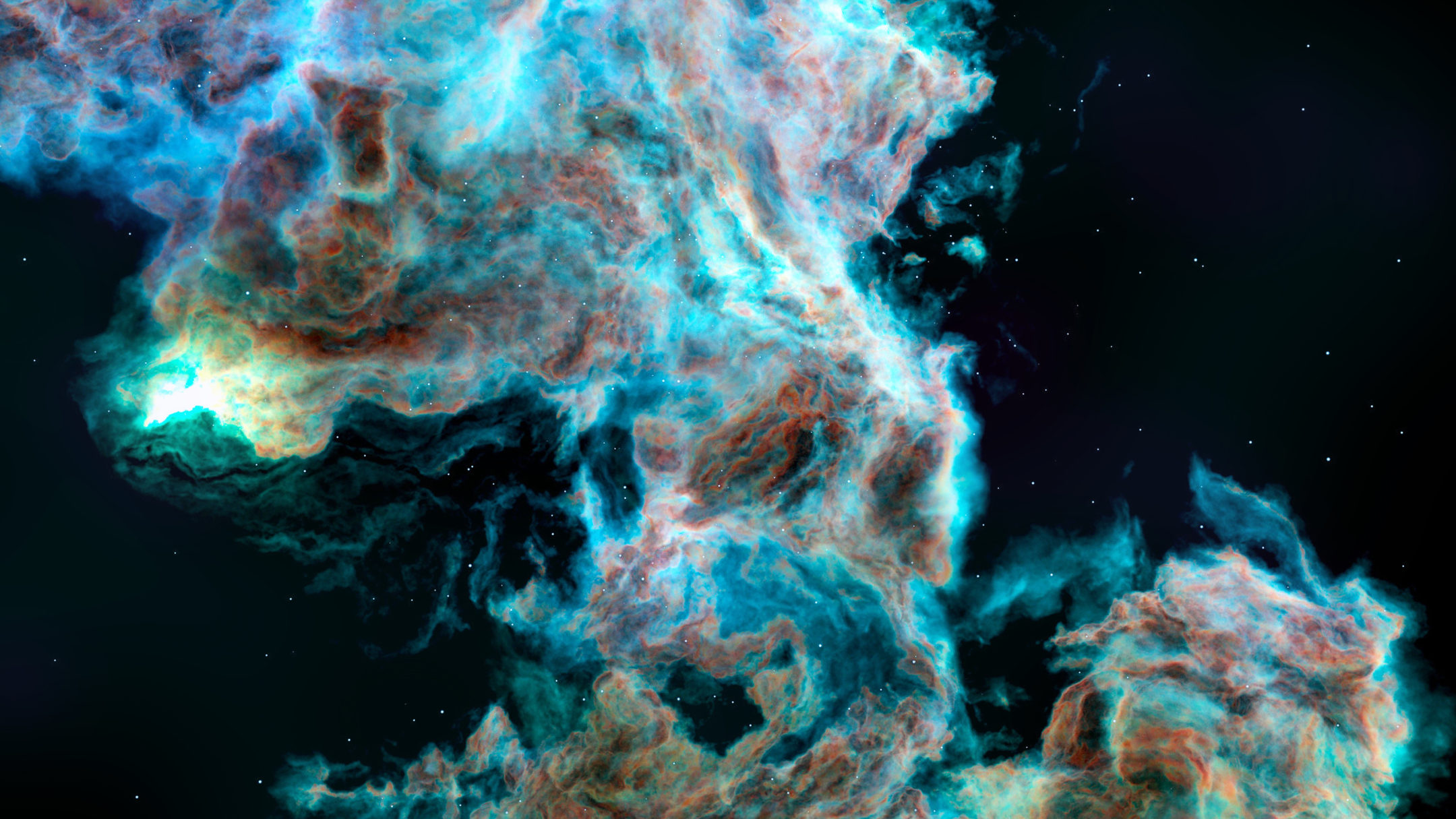 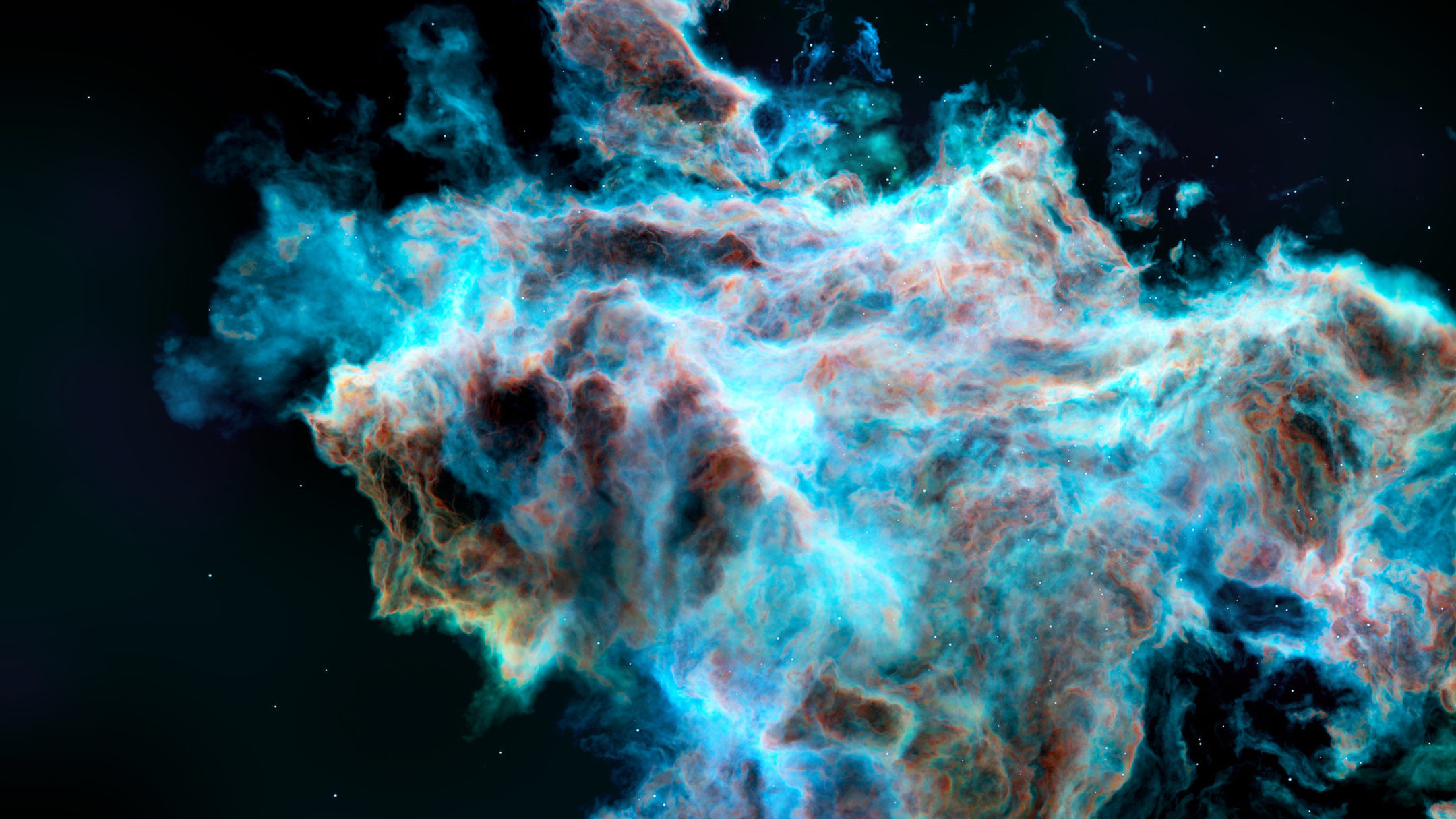 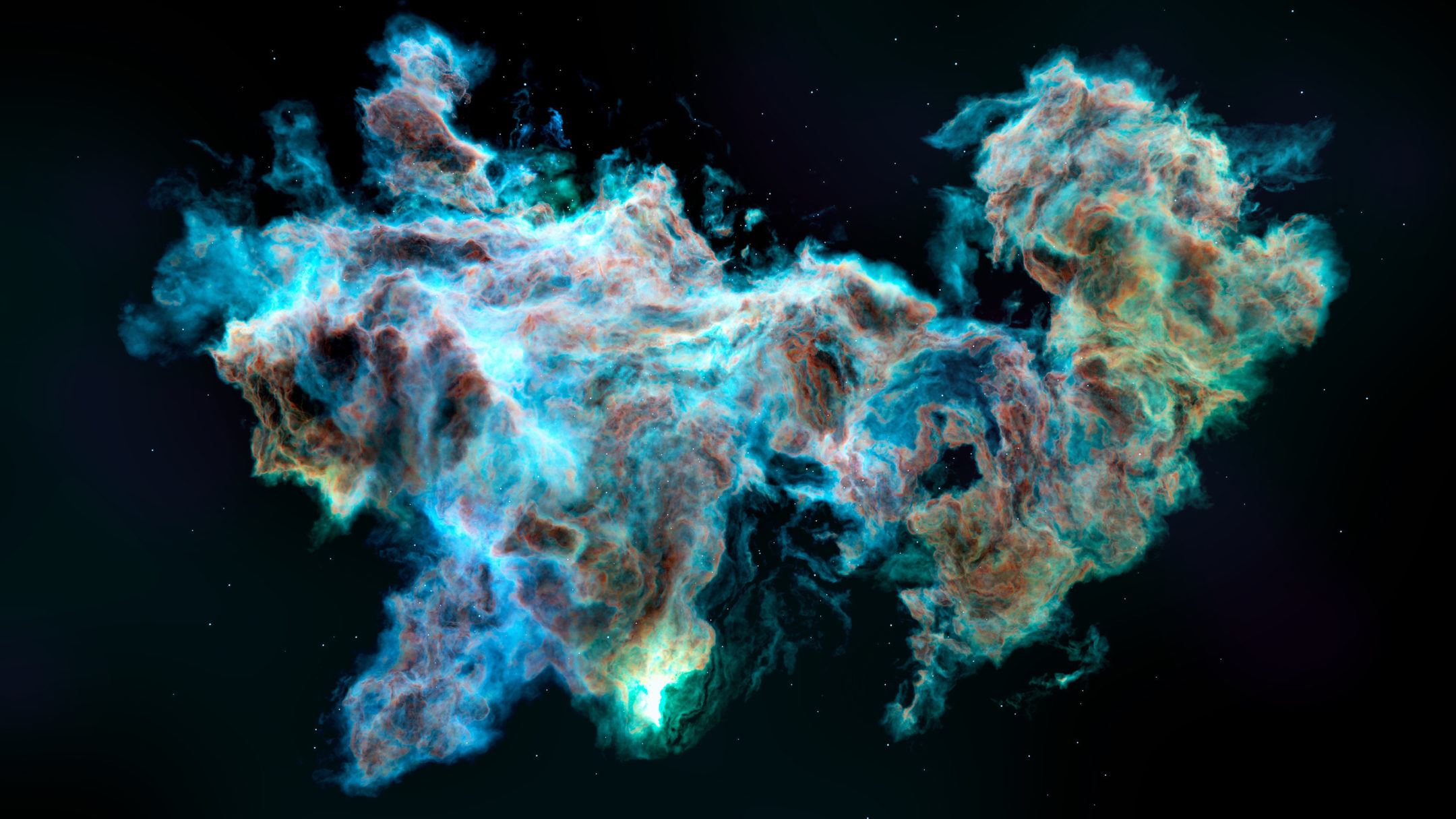 We will guide you though each step in the production process of a nebula including:

Who is the course for?

The course videos start by assuming a very basic knowledge of Houdini and Redshift, building in complexity as time goes on.

The course assumes you will already have access to an installation of Houdini (Indie/Commercial license) and Redshift (Node-locked or Floating license).

A beginner’s knowledge of Houdini is recommended to get started. If you are completely new to Houdini, we suggest Nine Between’s excellent introductory video series, Houdini Isn’t Scary parts 1-5.

Some Redshift knowledge is useful but optional, as we will be taking you though each step.

We will be using Adobe Photoshop as optional post processing steps, and will use After Effects as an optional video processor at the end (Other more freely available editors are available such as HitFilm or Blender).

Here we start slowly, building a basic nebula effect inside a 3D box, getting to know Houdini’s Vector Operations (VOPS) and use of the noise function to control the density of a Volume/Voxel Data Block (VDB).

We’ll apply Redshift’s volume material, and set up its parameters to control the color and density of the cloud.

We’ll then add some rudimentary effects such as using Houdini’s scatter nodes to sprinkle basic stars throughout the nebula, making use of Redshift’s built in particle shortcuts.

Finally, we’ll render out a still image and talk through some of Redshift’s rendering settings for optimization. As an optional step, we’ll also add some subtle post production effects to bring out the nebula’s colors and highlights.

​We’ll take basic box nebula we created in the first section and add a range of improvements including:

Lastly, we’ll also render this version out as a still image and add similar optional post processing effects as an optional.

We will introduce customizable objects alongside further improvements to the set up.

First we’ll swap out the box for a distorted sphere and add new volume functions to improve the look of the effect.

Soon after, we’ll introduce the use of meta-balls to control the overall shape of the nebula and remove unnecessary calculations.  We’ll combine meta-balls with simple point/particle distribution to produce another customizable set up.

Finally we’ll move on to particles, setting up a basic simulation which is then fed into the set-up we have created.  We’ll alter the set-up accordingly to accommodate for these particles, and talk about the various settings that improve the result.

At the end we’ll set up the camera to fly around the nebula we have created.

We’ll introduce camera constraints, fashioning a simple path for the camera and a target to follow.

Then we’ll tweak the settings in the volume and materials, ensuring Redshift’s sampling settings are tuned to produce a quick enough result.

By the end of the course…

…you will have created a nebula VDB with a fly-by camera animation using a particle simulation, complete with an automated light rig, customizable starfield, background and redshift lighting & materials.

If you have any questions about the course or requests for future tutorials and courses, please do not hesitate to get in touch via [email protected]

Also find me on:

What version are the Houdini Files?

The files were created using Houdini Indie 18.5, so should work in a commercial set up but not in Houdini Apprentice.  The video should still apply regardless of Houdini version.  Do get in touch if you have any issues.

Do you do a deep walk through of particle simulations?

Mark has over 20 years experience as a software engineer developing enterprise level software for the financial sector and for central government.

In recent years he has gained popularity from developing creative tools such as the popular Nebula Generator for Blender. (https://gumroad.com/l/nebula-generator)

A chartered engineer, he has experience in a range of software from large scale databases running big data analysis to web applications and services.

This course is a culmination of over a year’s worth of learning, inspired by other tutorials and courses such as: 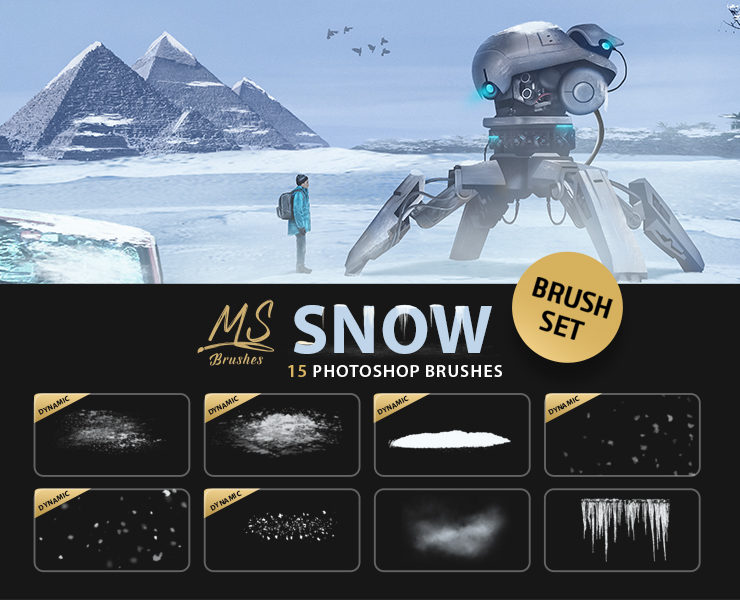