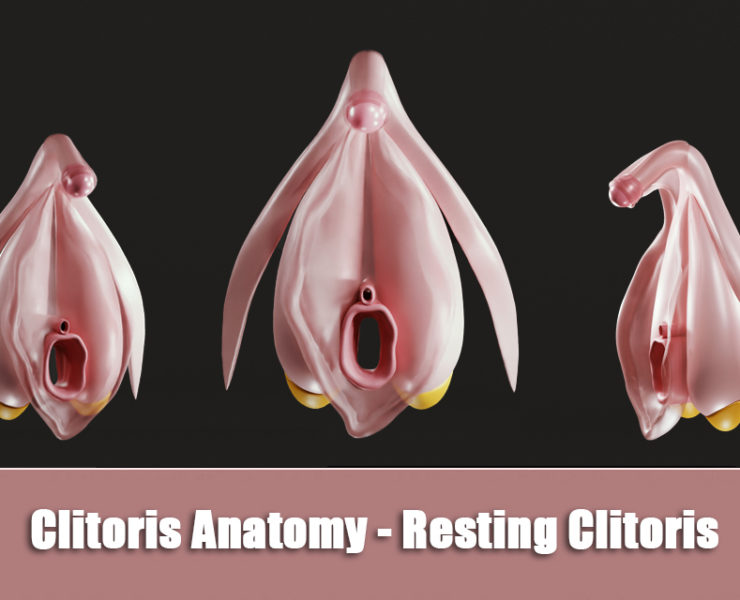 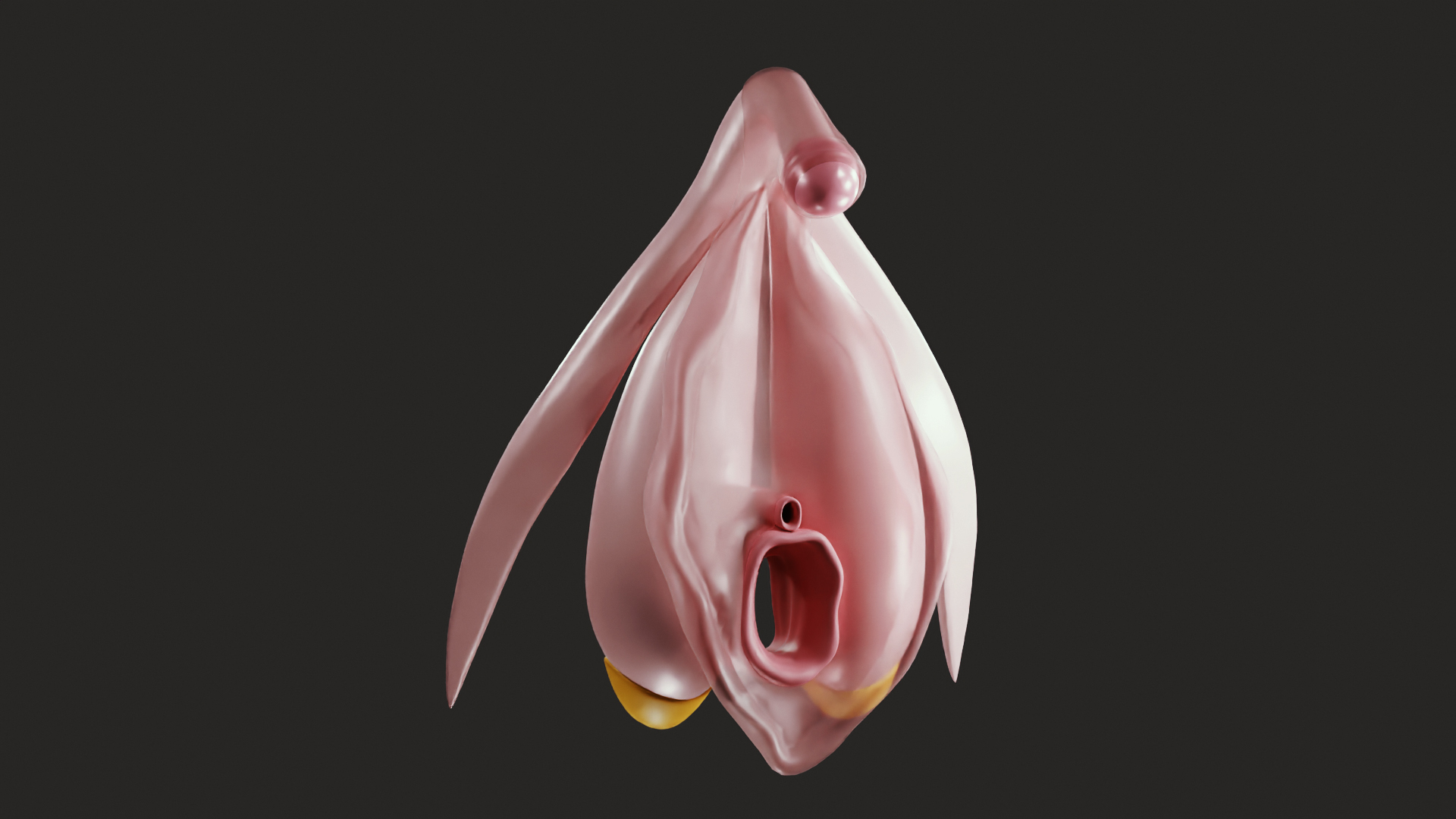 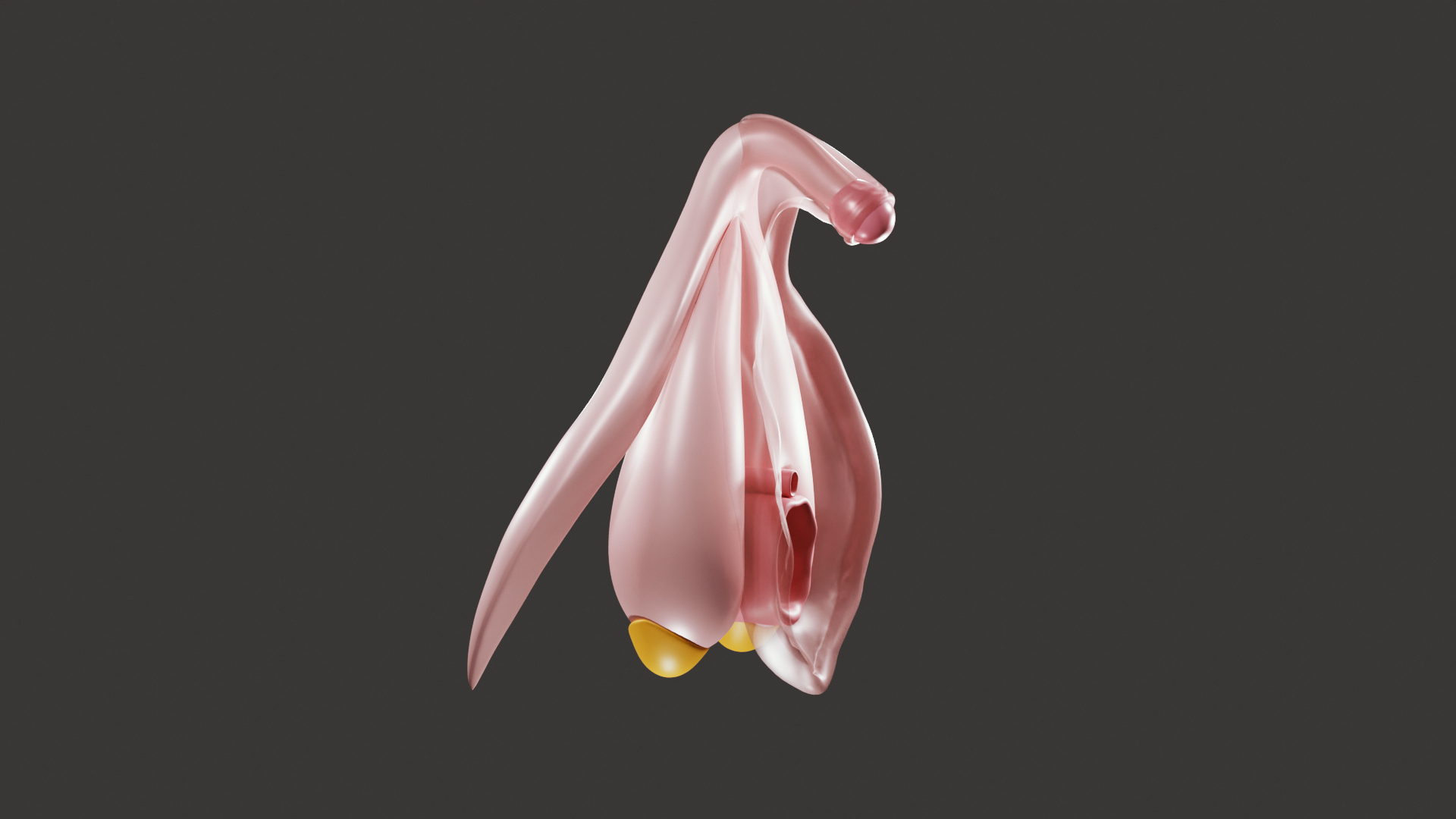 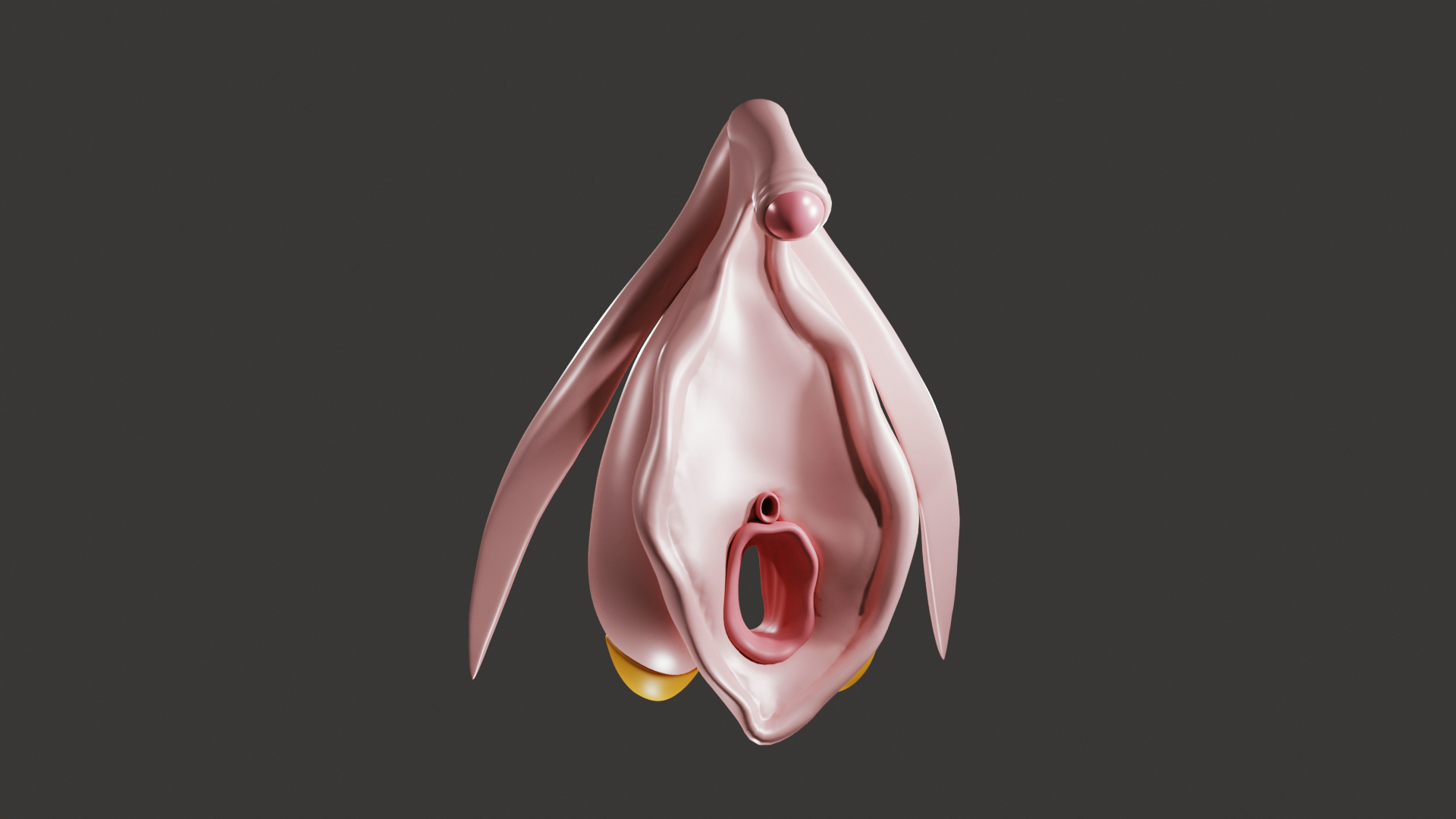 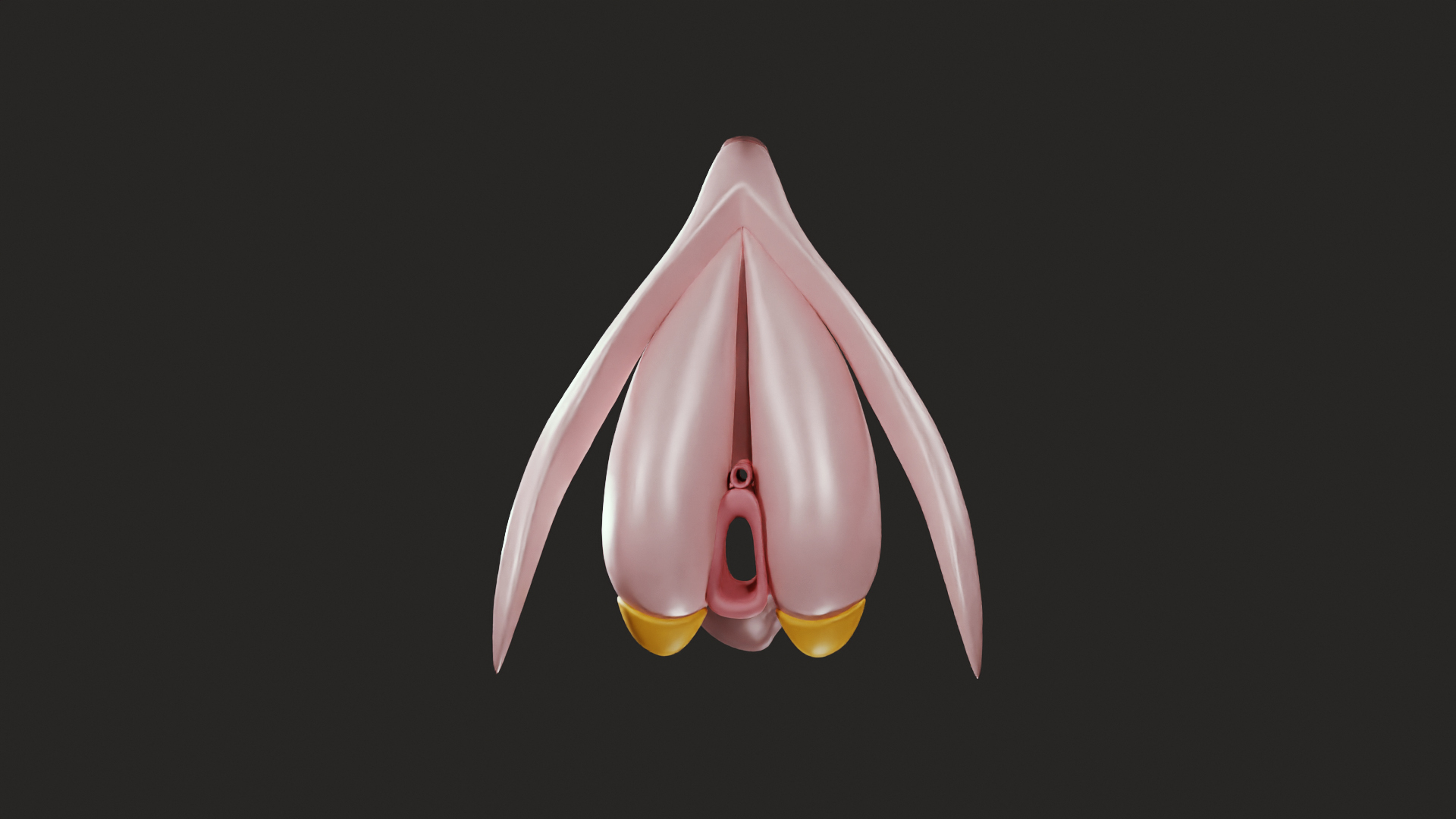 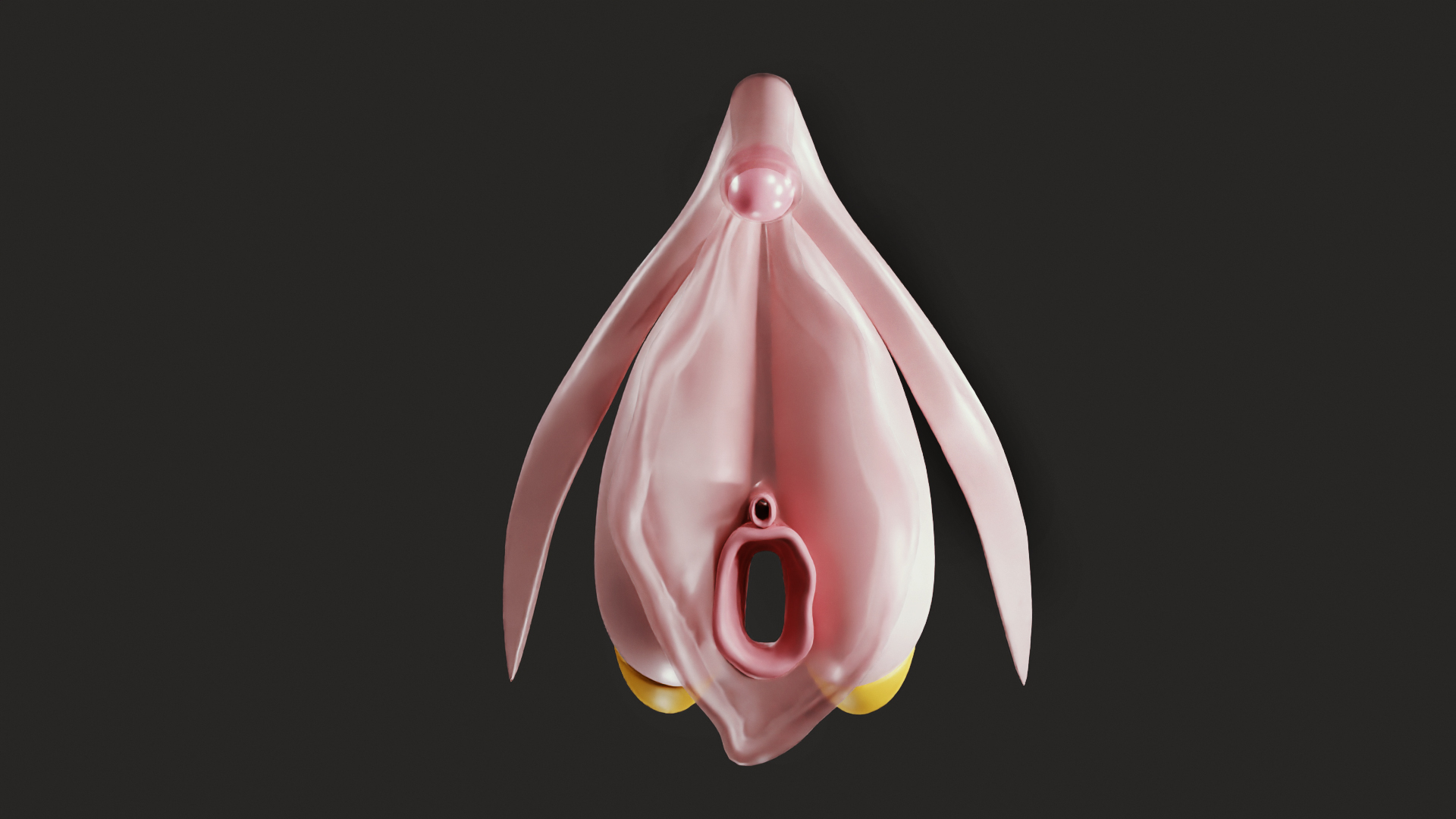 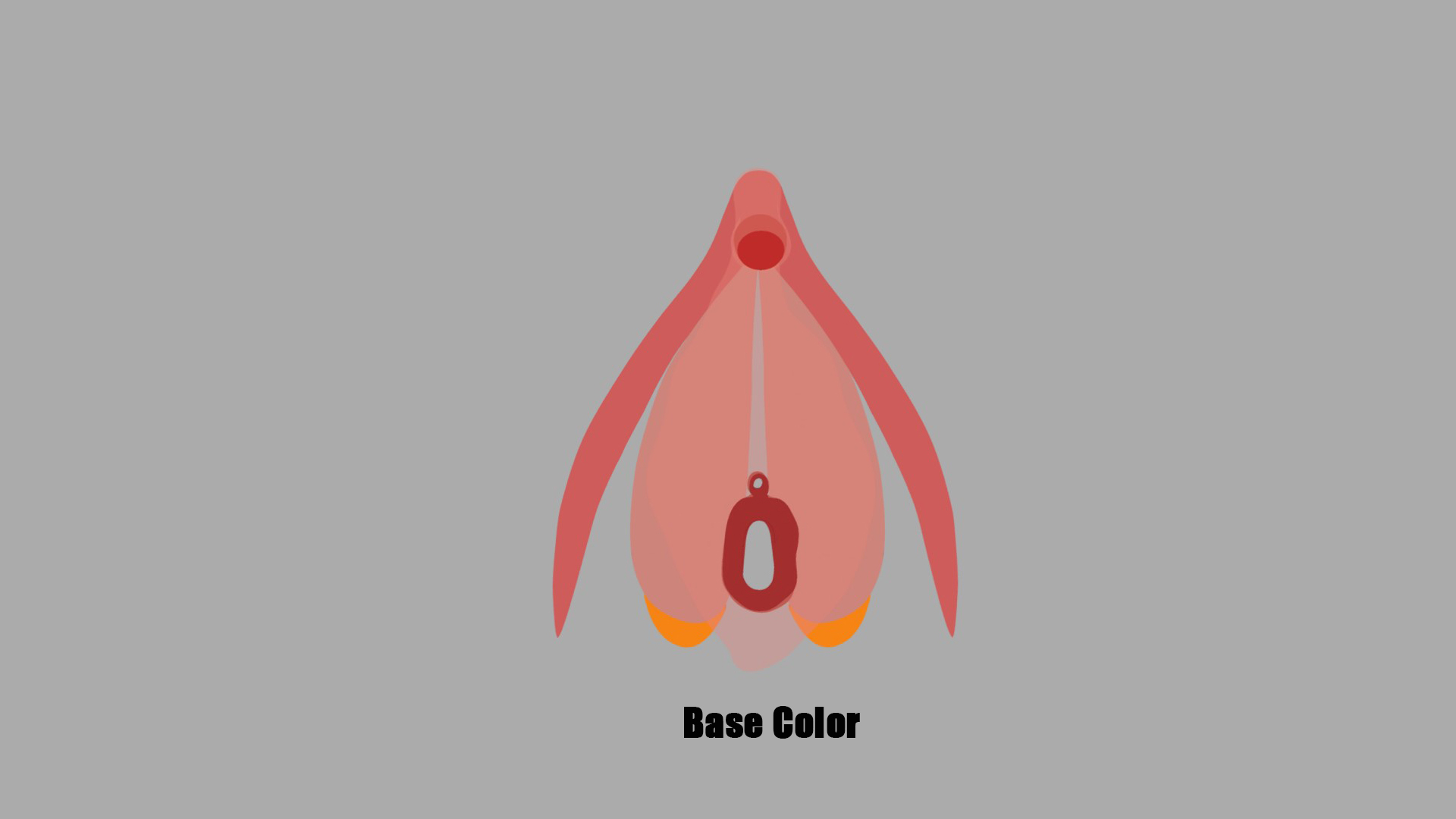 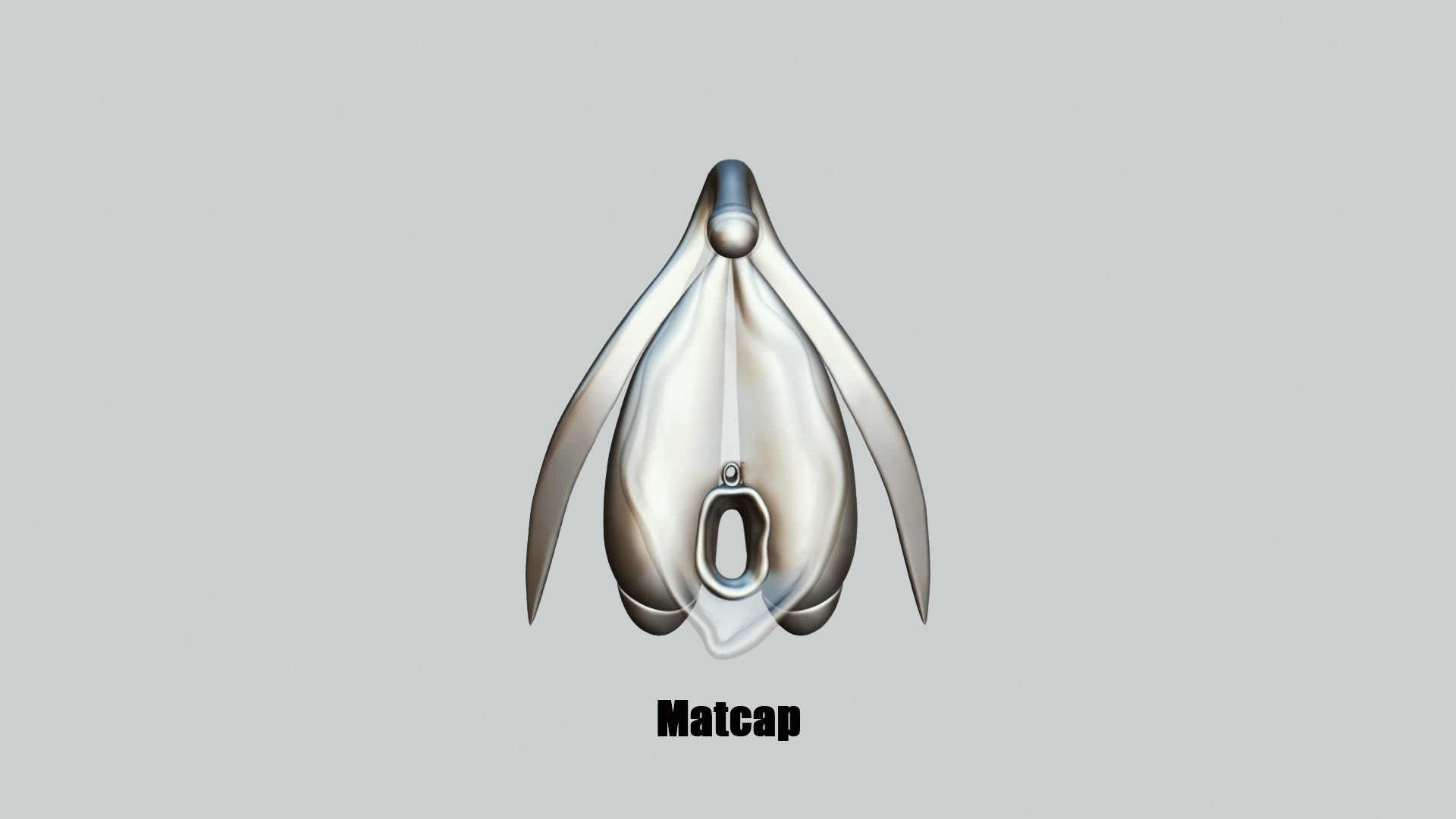 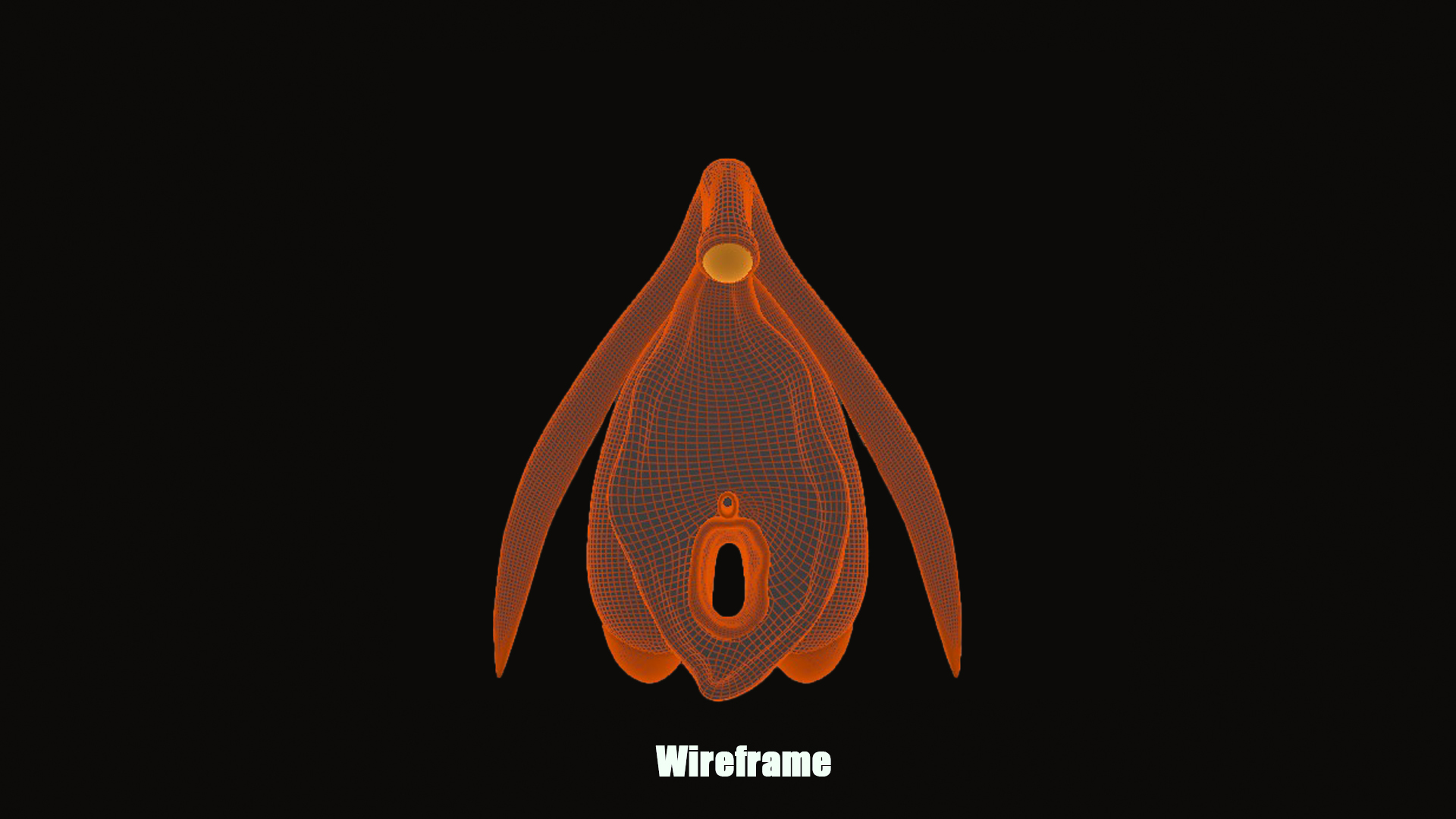 The clitoris is a female sex organ present in mammals, ostriches and a limited number of other animals. In humans, the visible portion – the glans – is at the front junction of the labia minora (inner lips), above the opening of the urethra. Unlike the penis, the male homologue (equivalent) to the clitoris, it usually does not contain the distal portion (or opening) of the urethra and is therefore not used for urination. In most species, the clitoris lacks any reproductive function. While few animals urinate through the clitoris or use it reproductively, the spotted hyena, which has an especially large clitoris, urinates, mates, and gives birth via the organ. Some other mammals, such as lemurs and spider monkeys, also have a large clitoris.