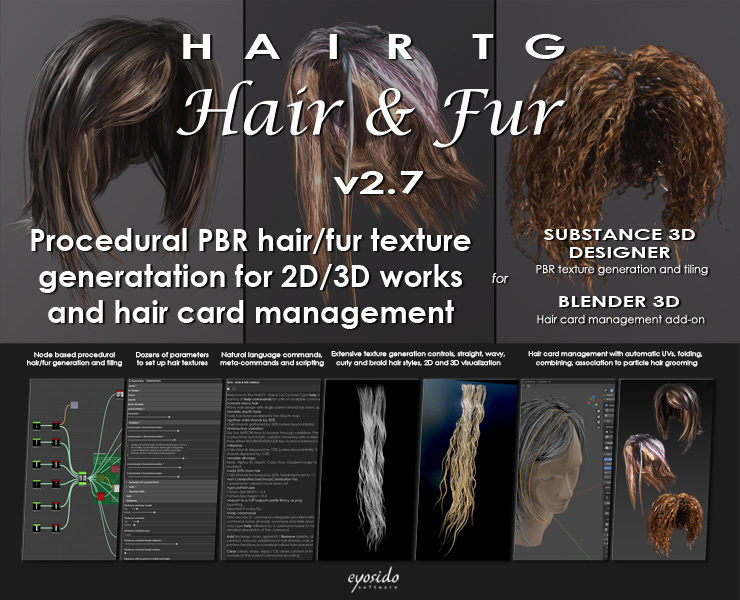 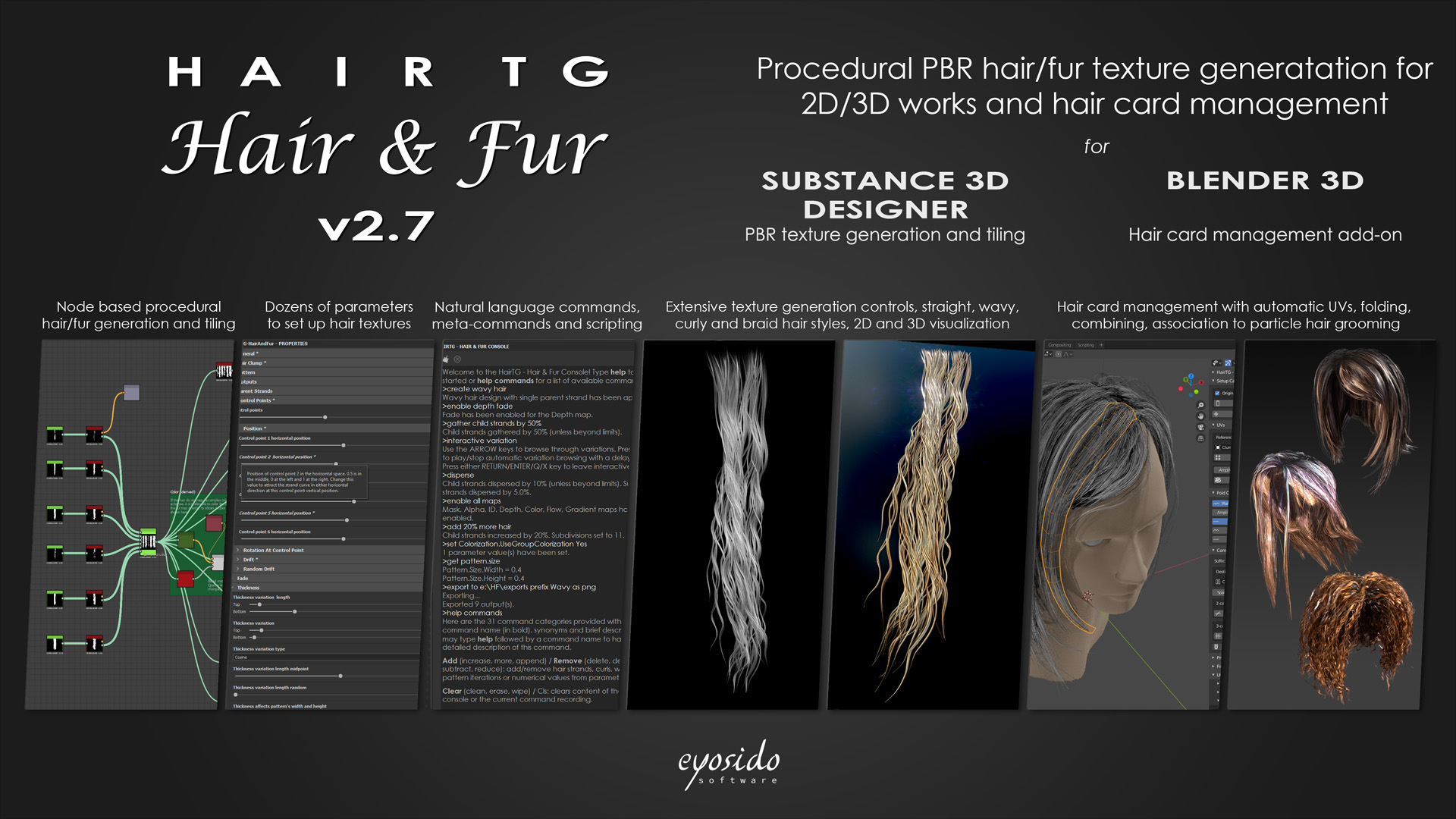 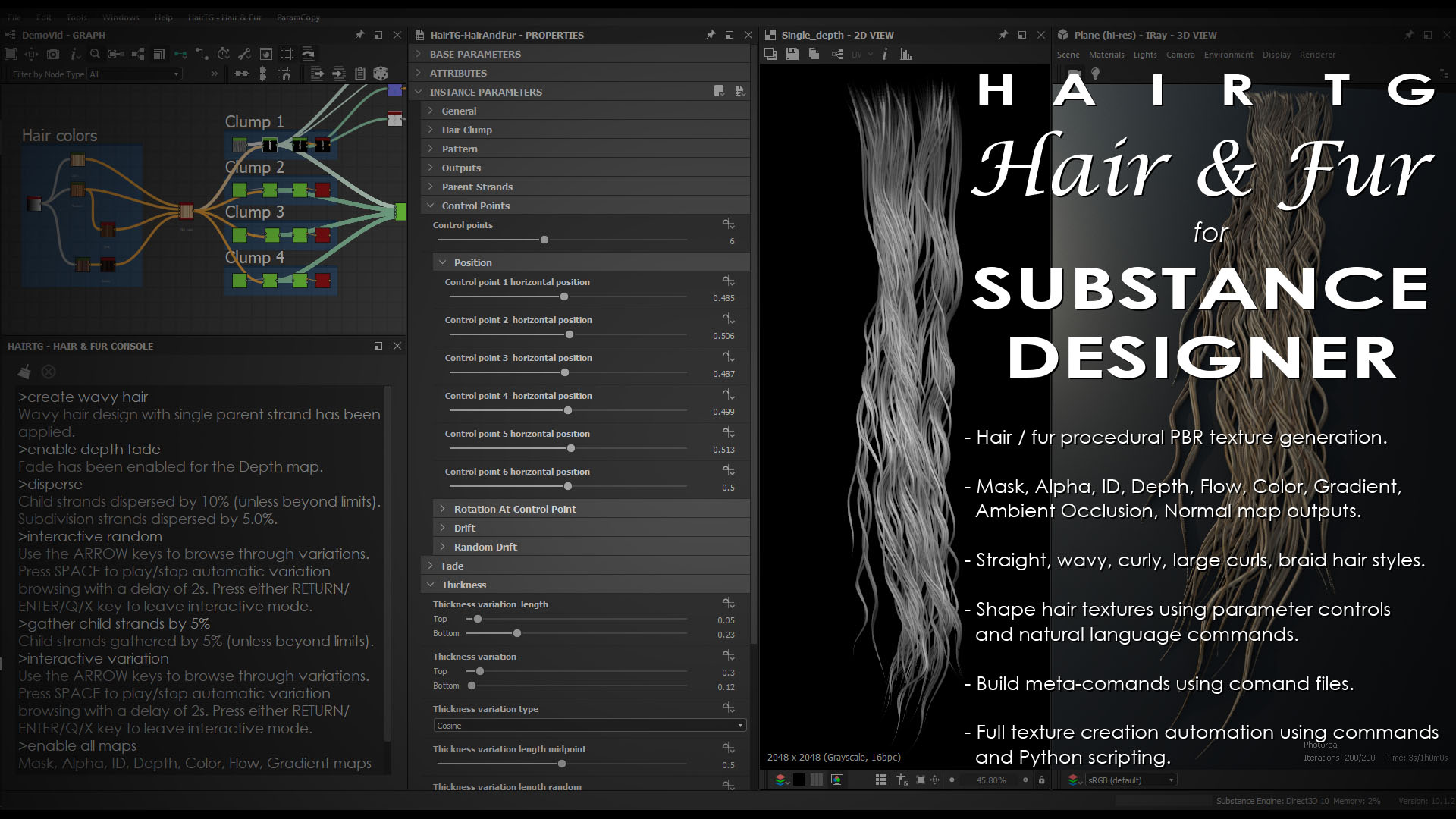 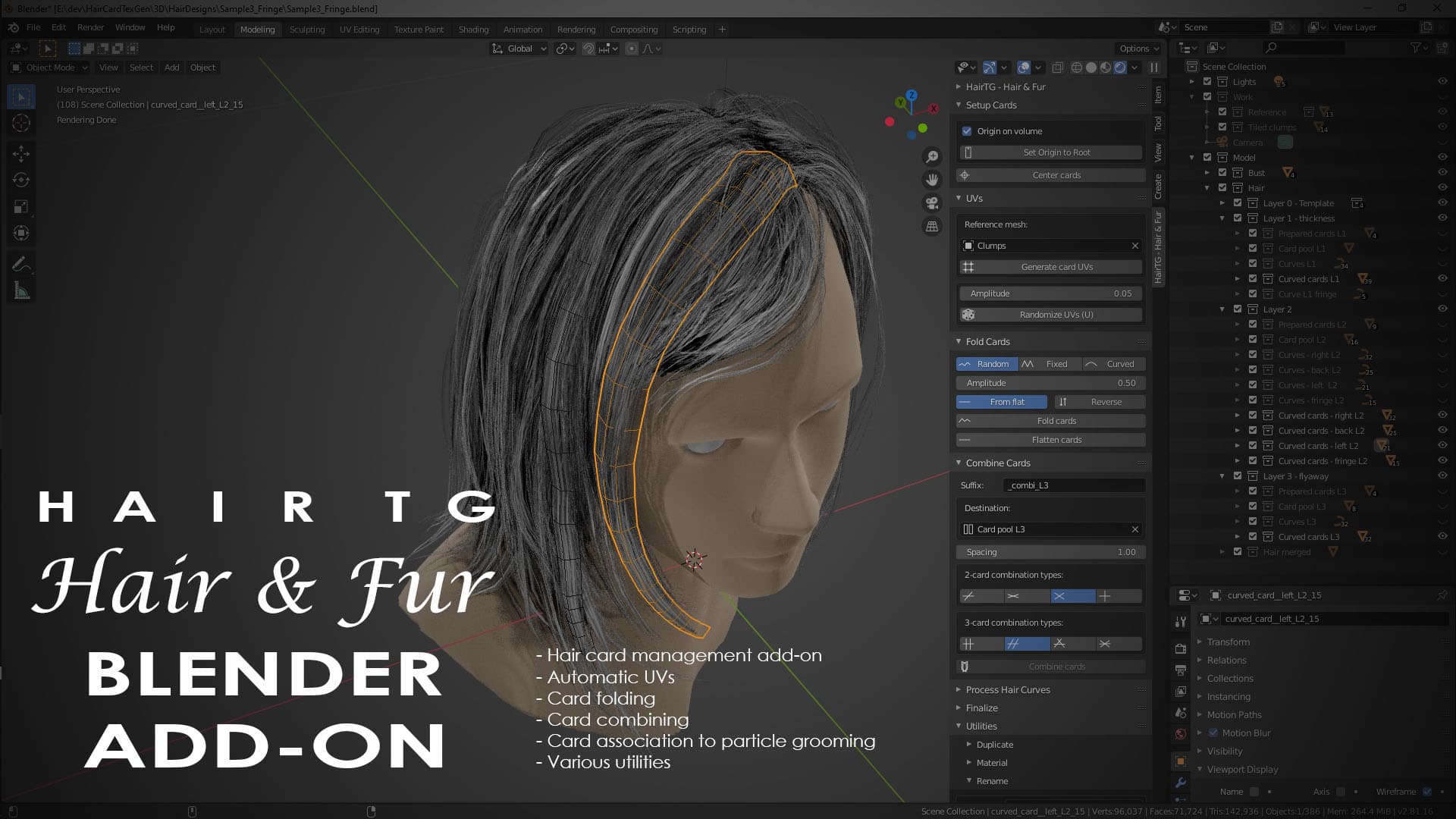 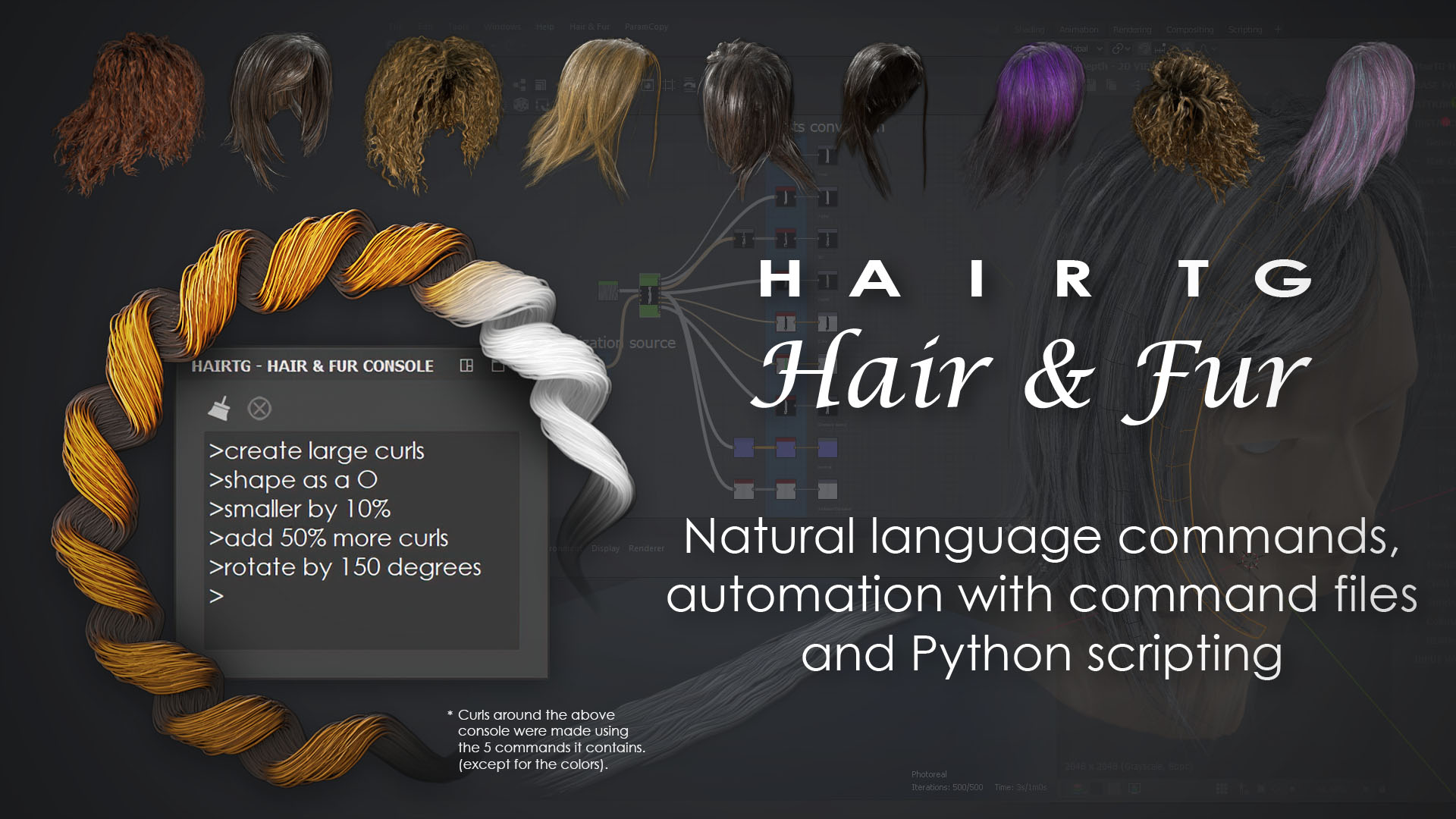 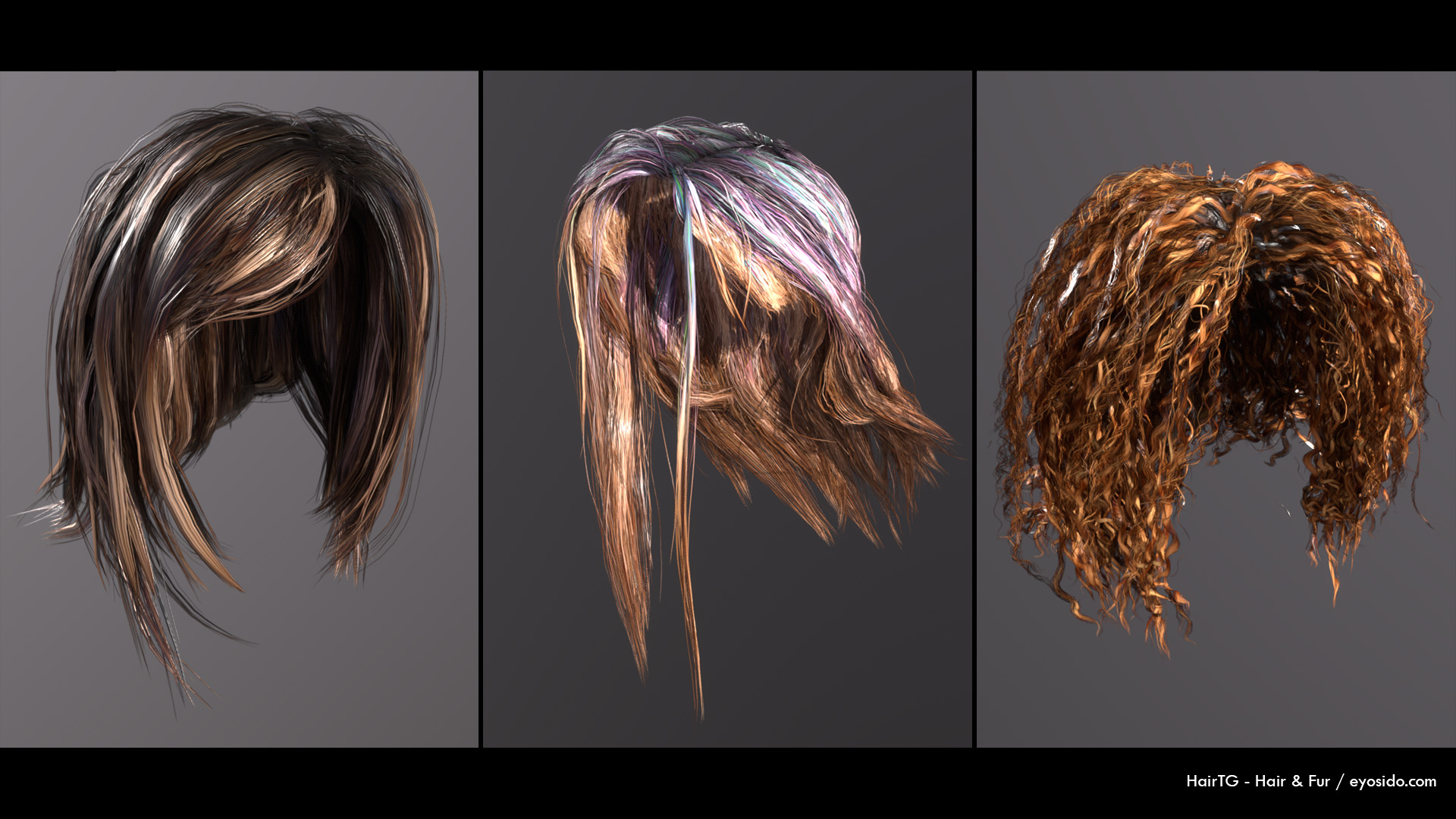 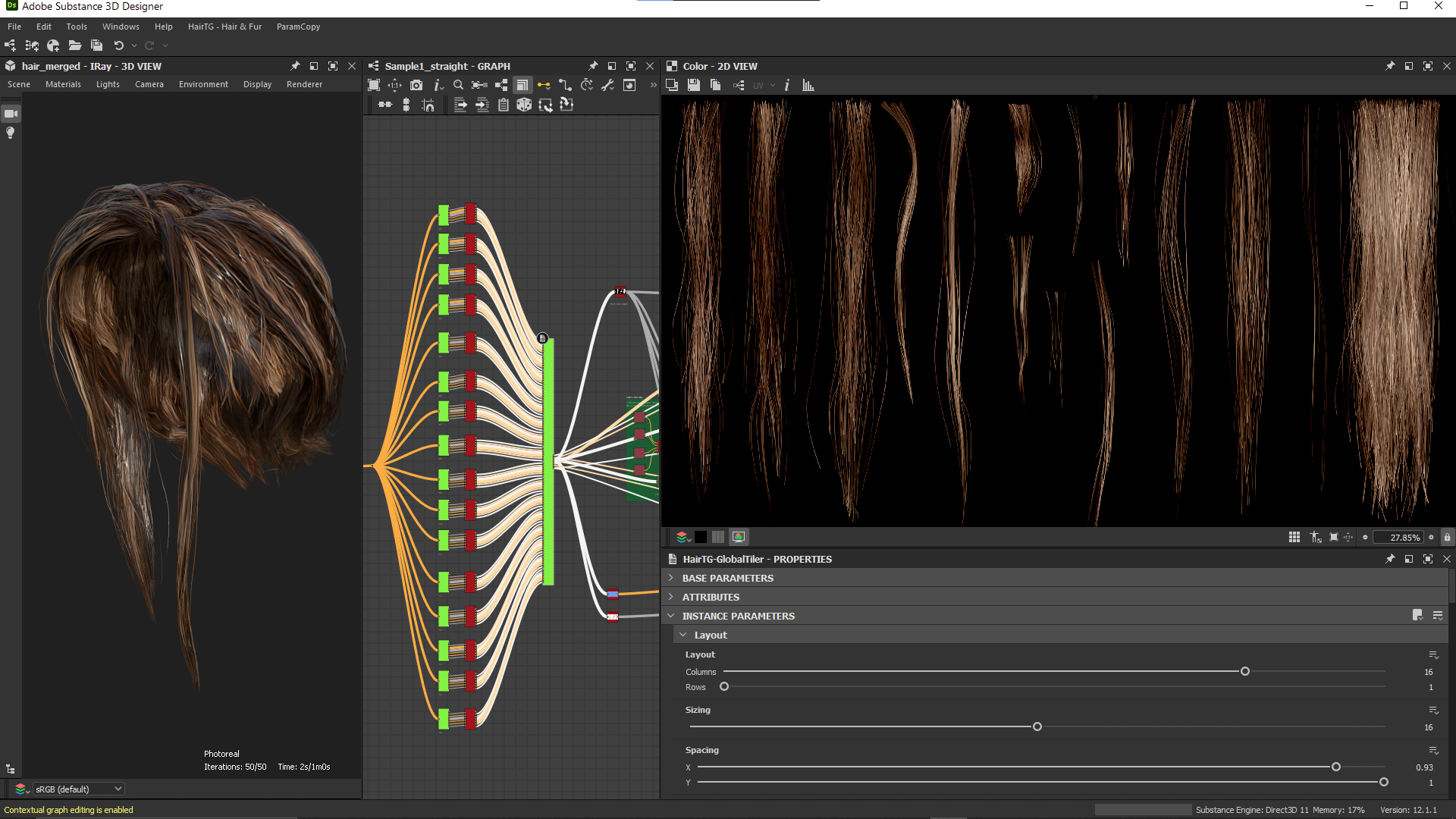 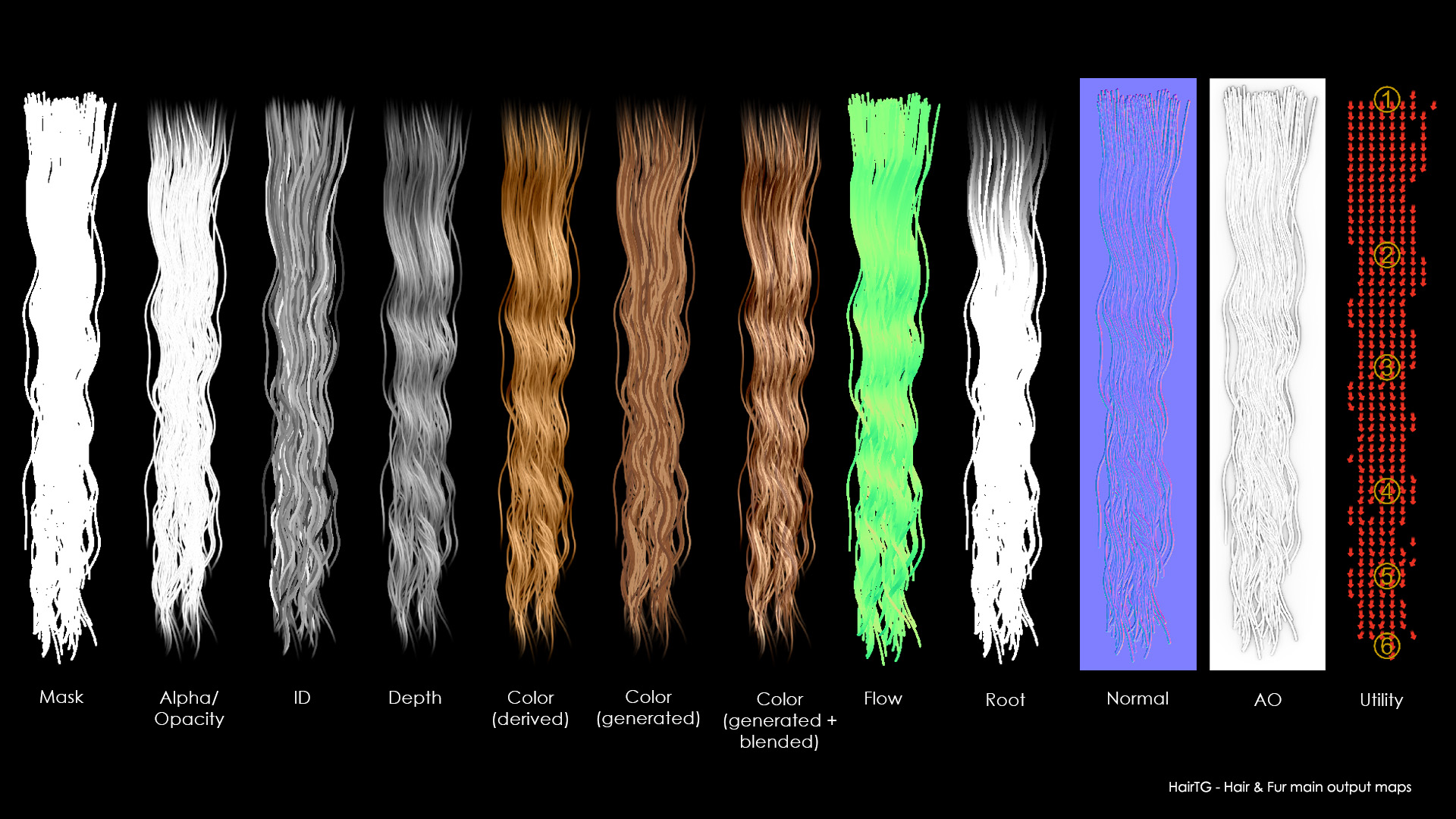 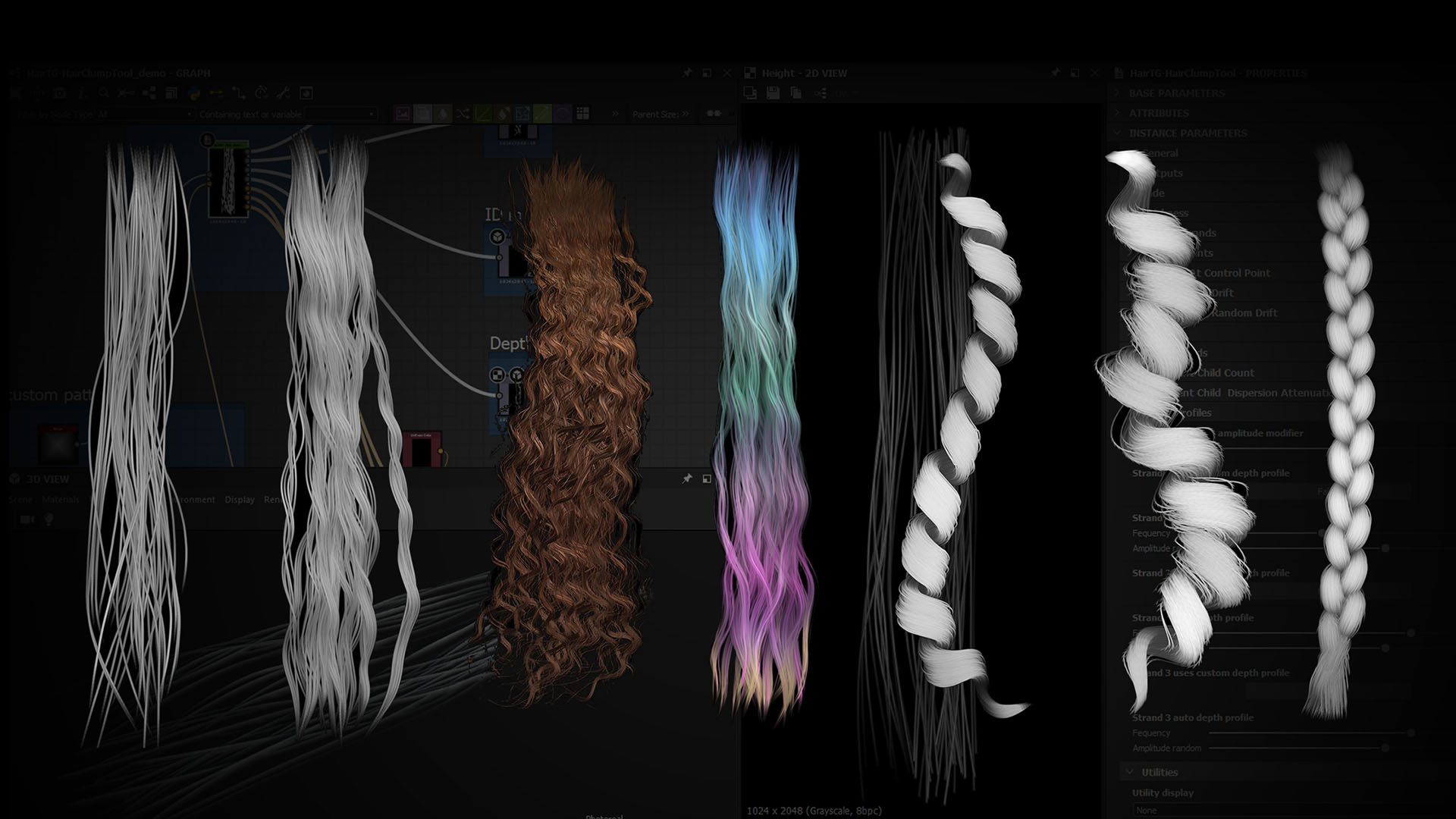 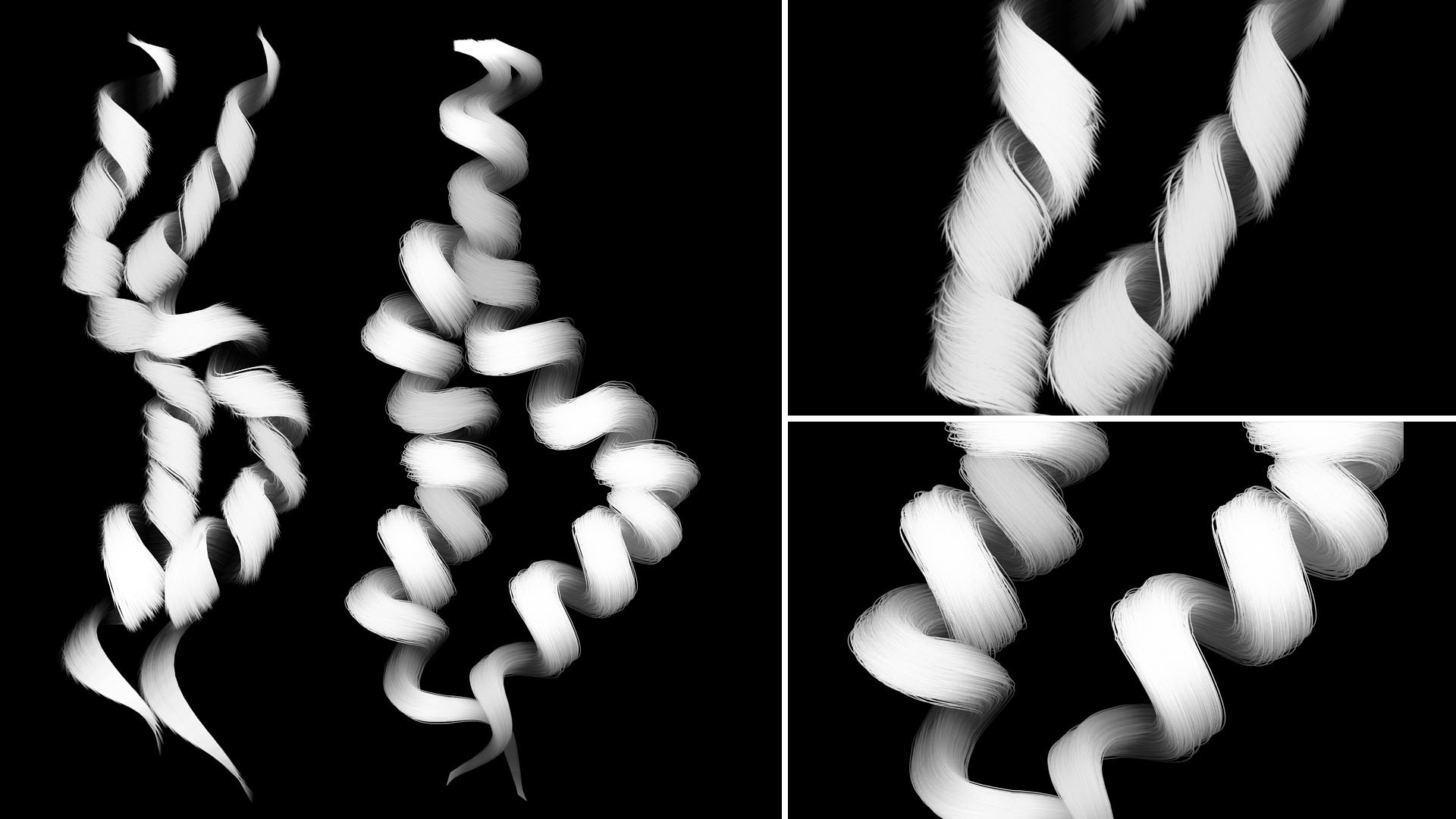 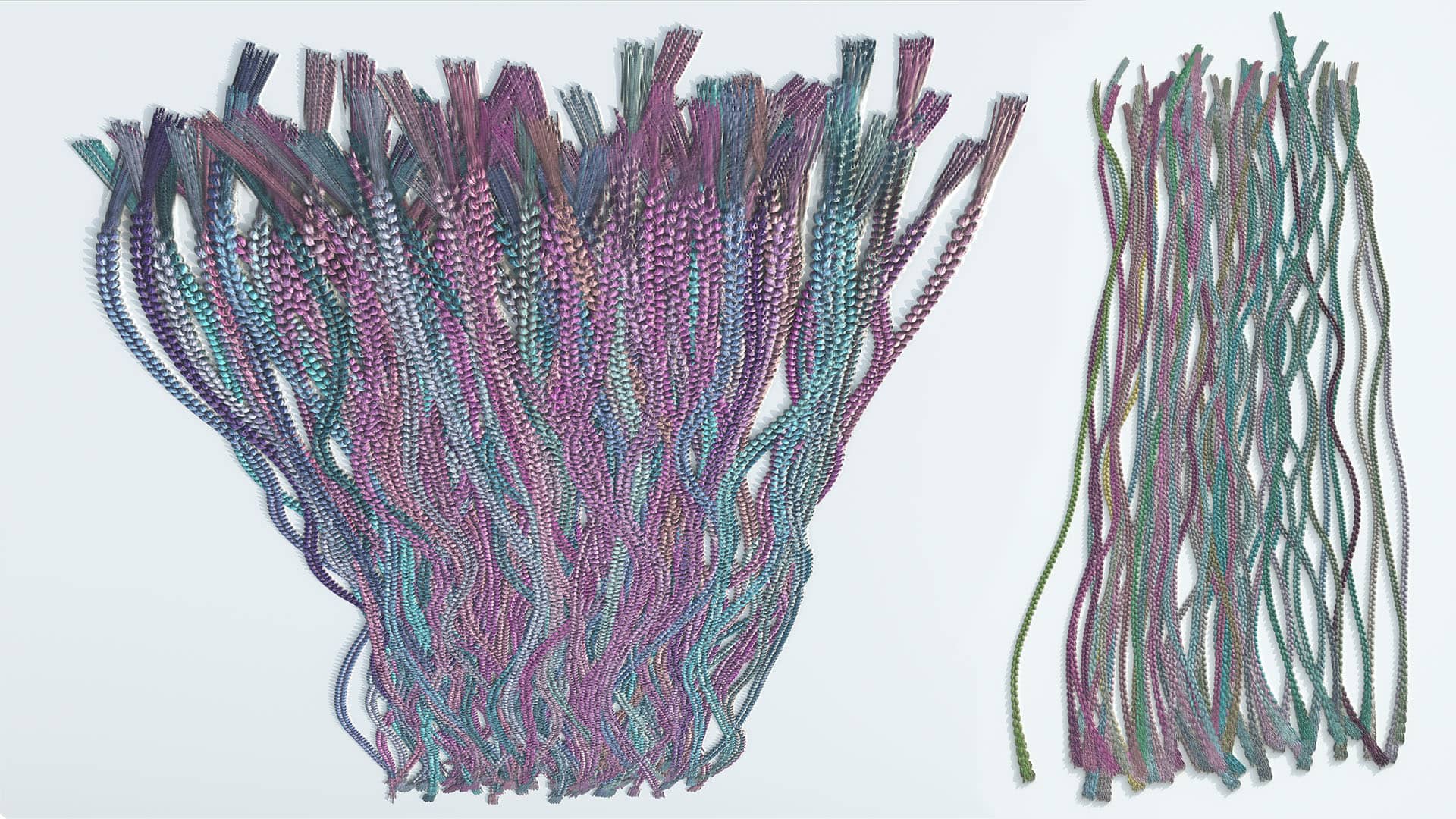 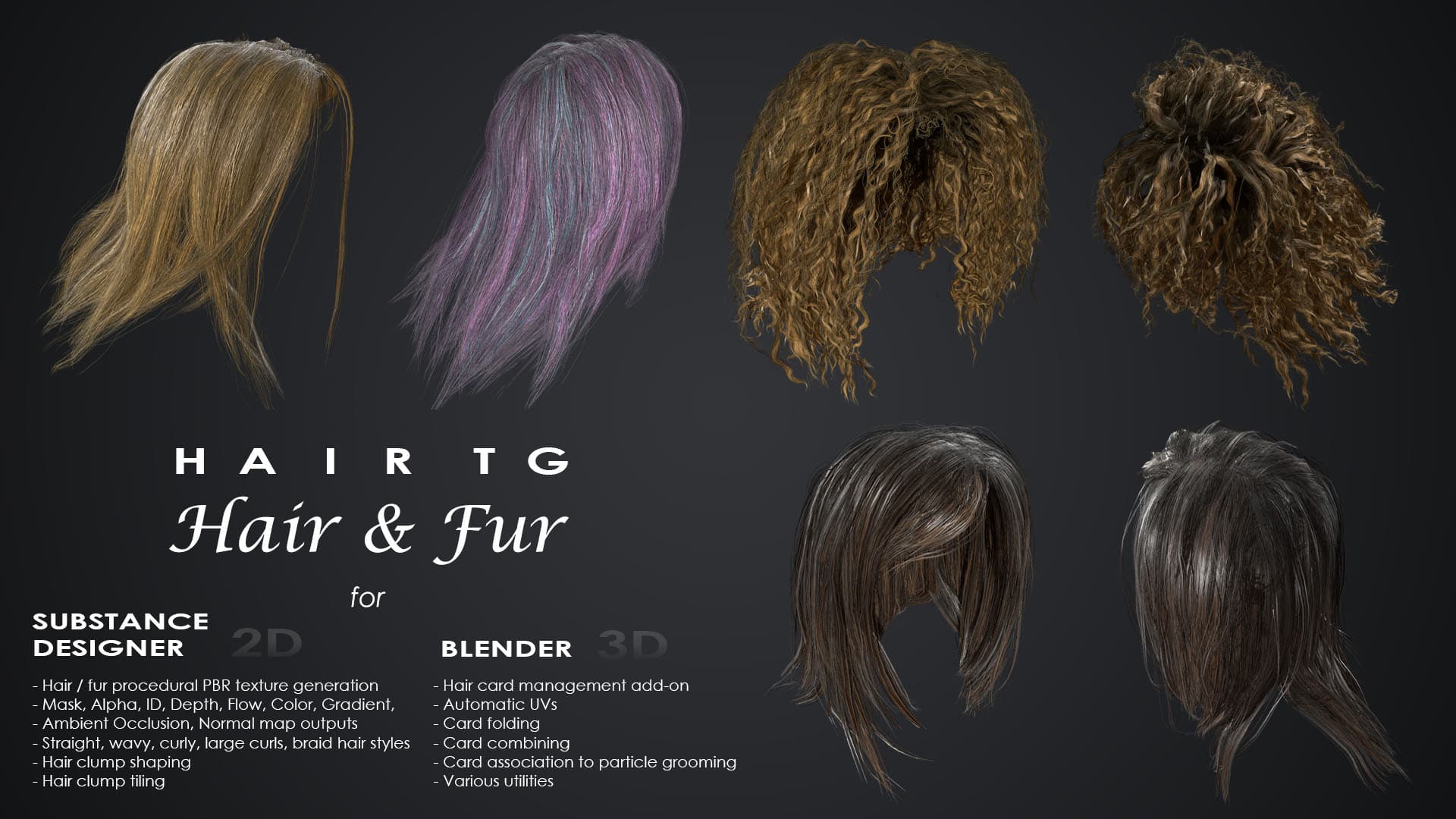 HairTG – Hair & Fur is a hair/fur texture generator for Substance 3D Designer (texturing) and a 3D hair card creation add-on for Blender 3.x. It enables to create real-time hair models, both texturing and modeling, based on hair cards. The texturing suite also comes with powerful automation and scripting tools enabling to batch generate or modify sets of textures.

You may join our Discord server for support and discuss with the community.

This update is a general overhaul of the tools with new tutorials, dozens of updates in several areas of the texturing tools to improve ease of use, quick design start up and creation overall. The main changes are:

This optional plugin has the main following functions:

HairTG – Hair & Fur is designed to be used with Substance 3D Designer 12.1 or above for the Substance part and Blender 3.2 for the Blender add-on.

Both commercial and non-commercial licenses are available whose terms are defined by FlippedNormals license scheme, please see this page for more information. Both licenses are single-seat. 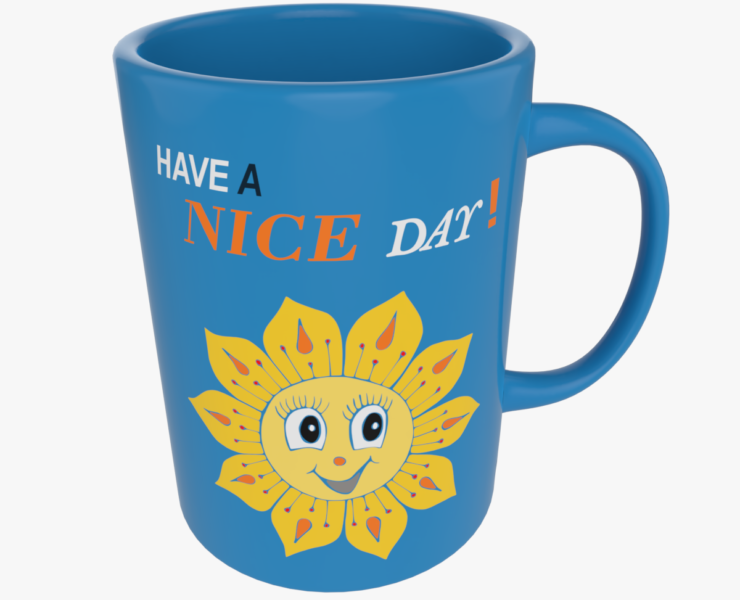