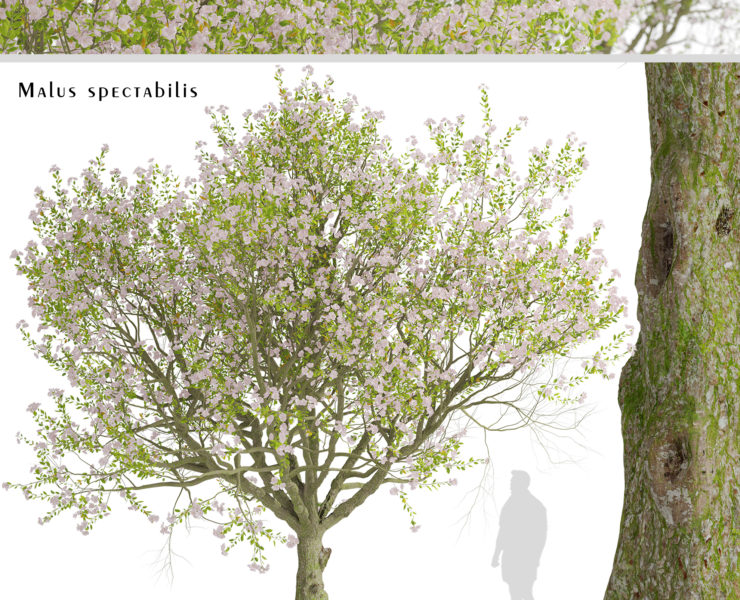 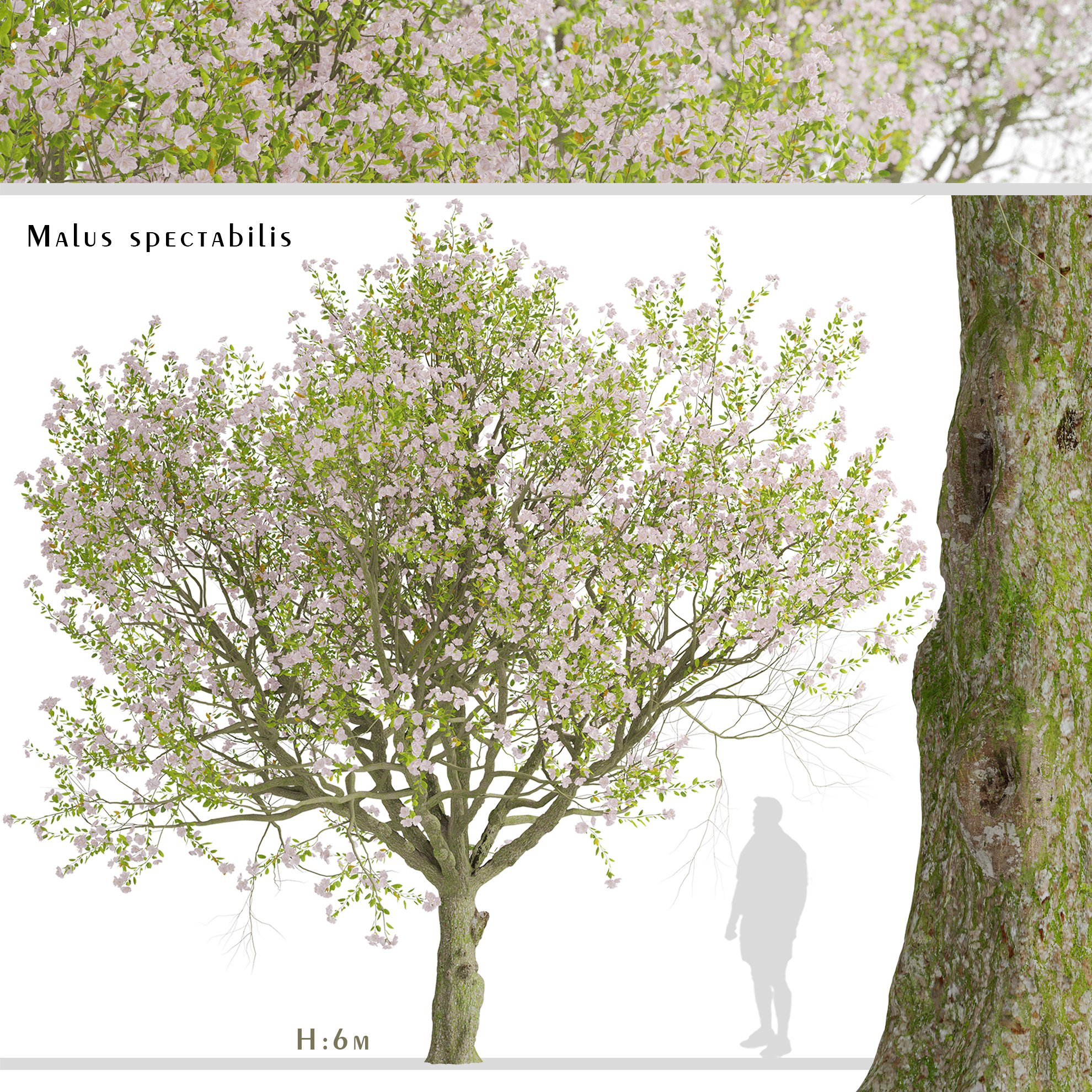 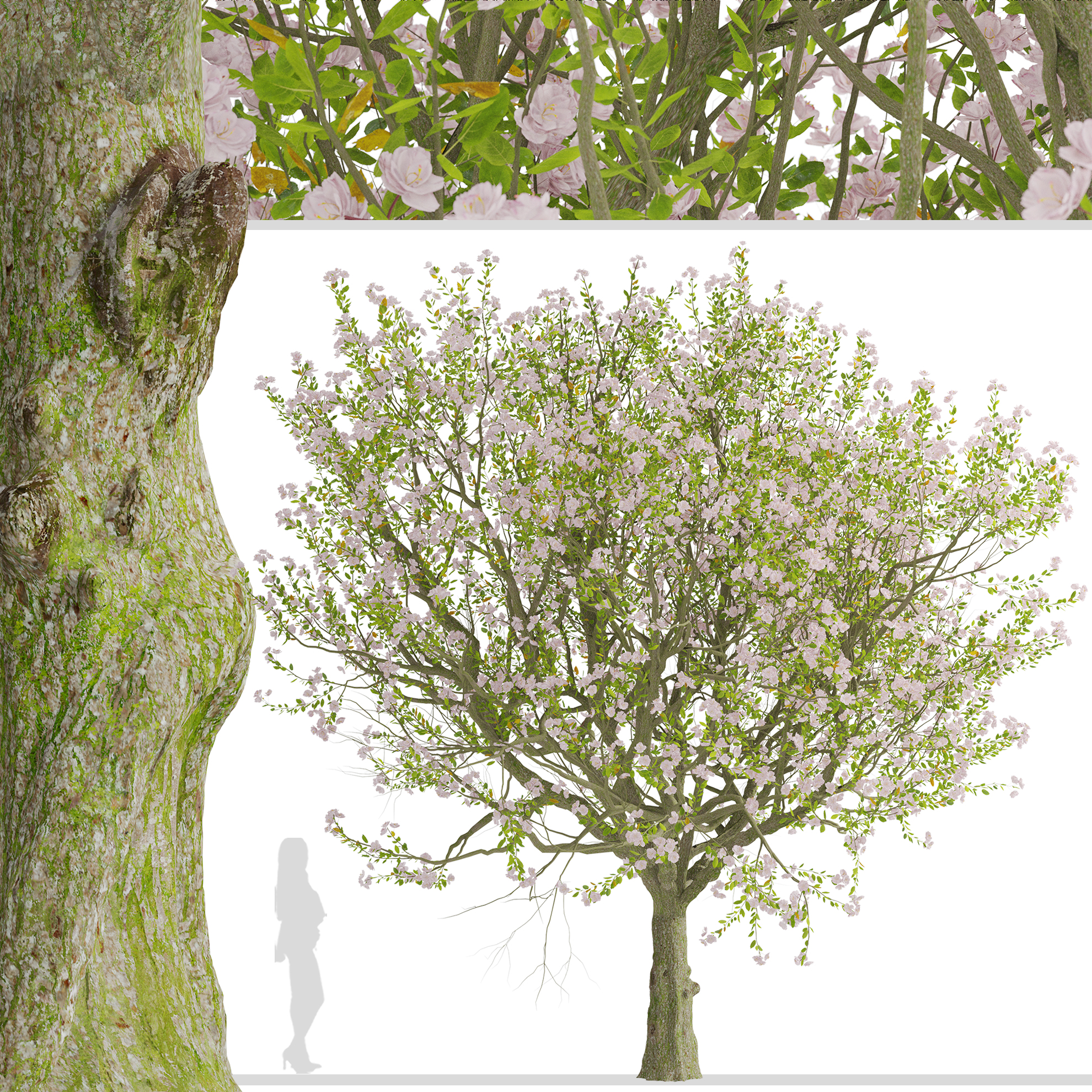 1 flowering Malus spectabilis tree in the scene. Malus spectabilis (Chinese: 海棠, p hǎitáng) is a species of crabapple known by the common names Asiatic apple, Chinese crab, and Chinese flowering apple. It is a deciduous Tree growing to 9 m (29ft) by 9 m (29ft). It is one of the oldest and most admired of the crabs. While considered a true species it has never been found in the wild. Deep rose-red buds opening to 40 to 50 mm pale pink flowers and Yellow 20mm diameter fruit are some of the features of this beautiful tree. Polygons: 1,805,038 Verts: 1,530,368 Malus spectabilis1: 6 m In the archive: 3ds max (V-ray-2014), FBX and … * Features: – Optimized for Distant and Closeup Views – Clean Topology – Unwrapped Overlapping – Real-World Scale – Transformed into zero – Objects Named – Materials Named – Units: Centimeters Have a good one!