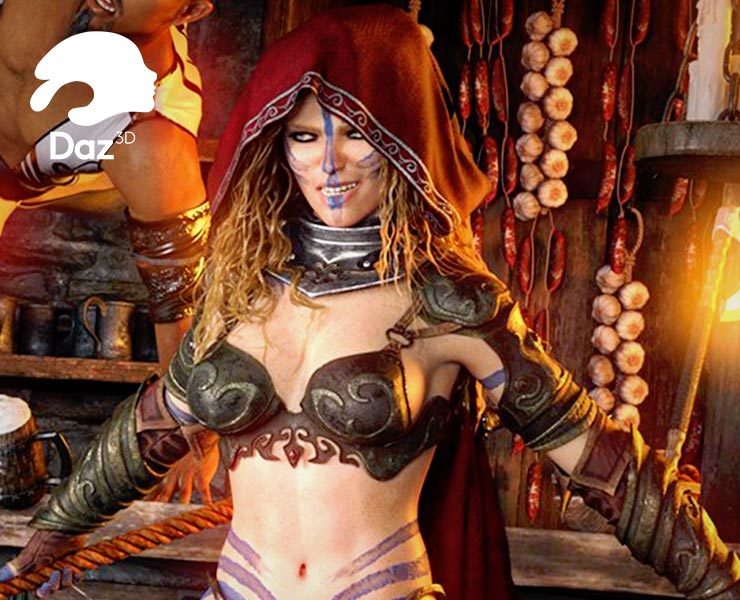 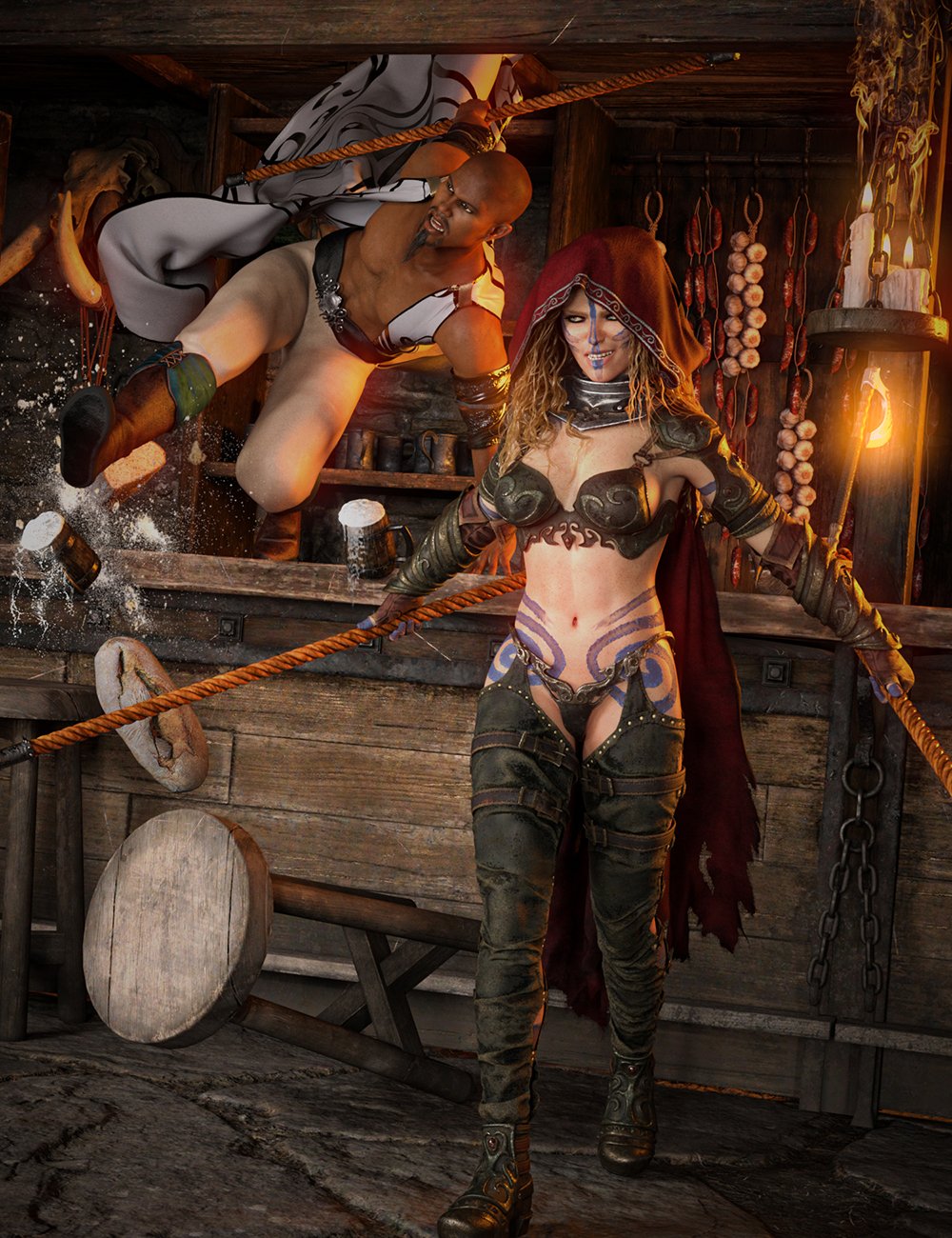 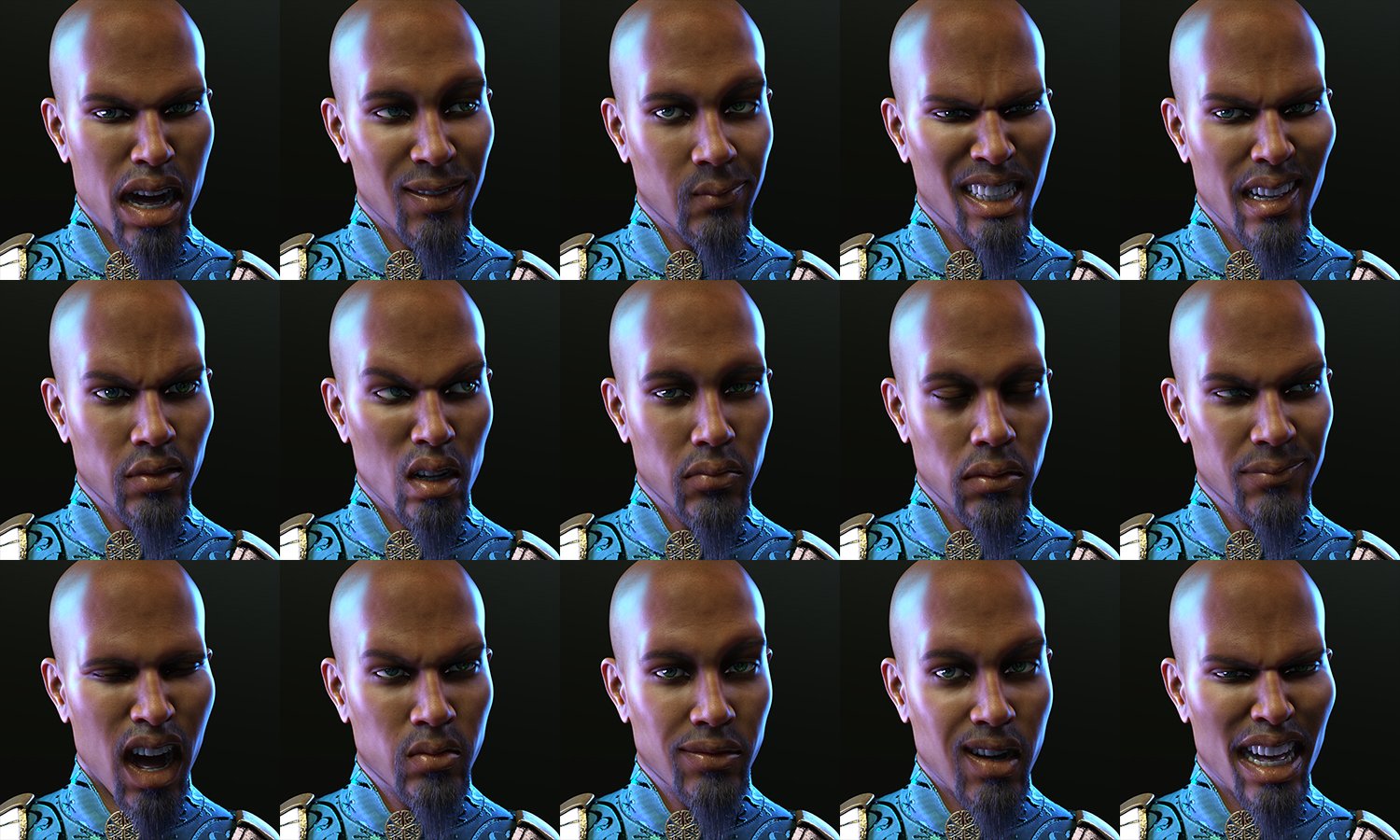 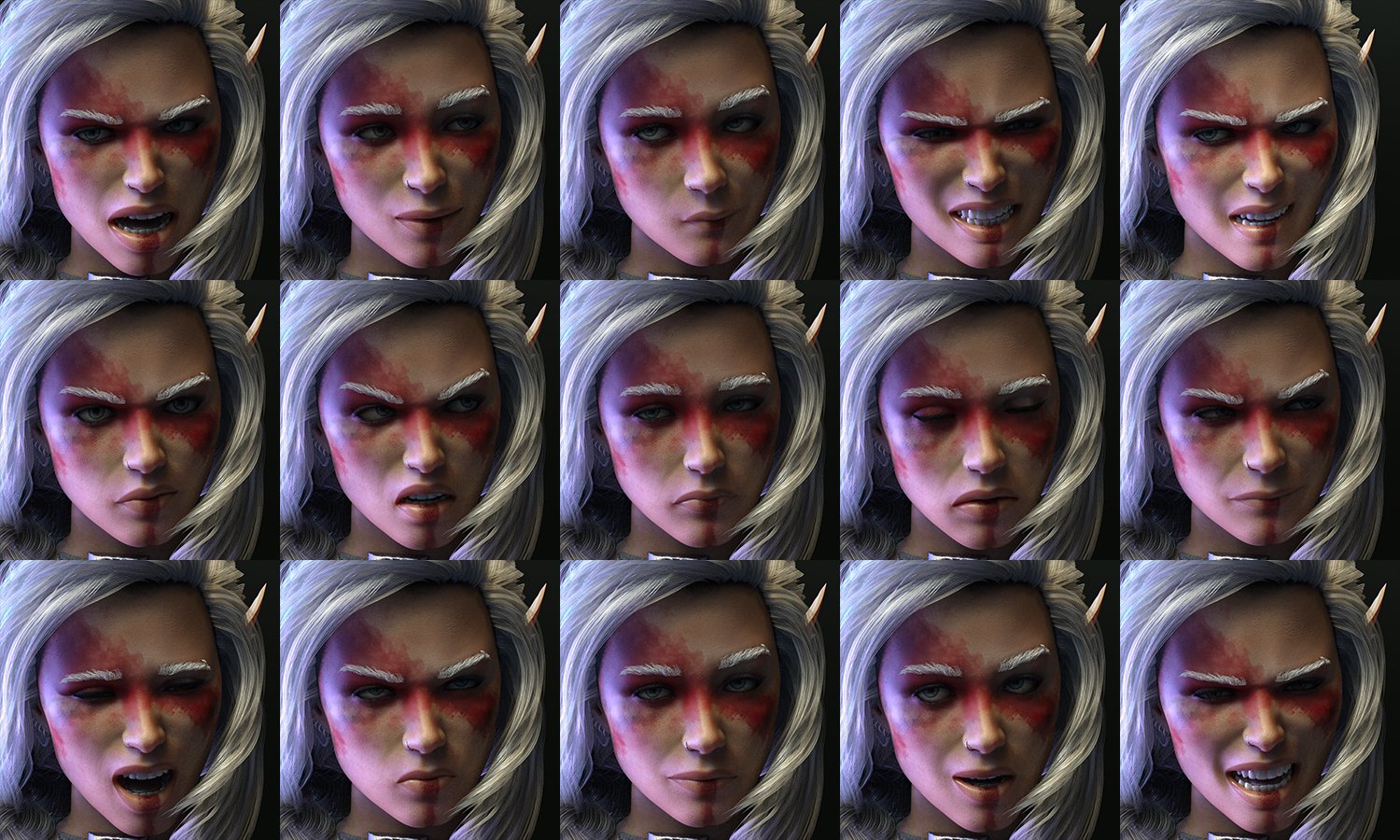 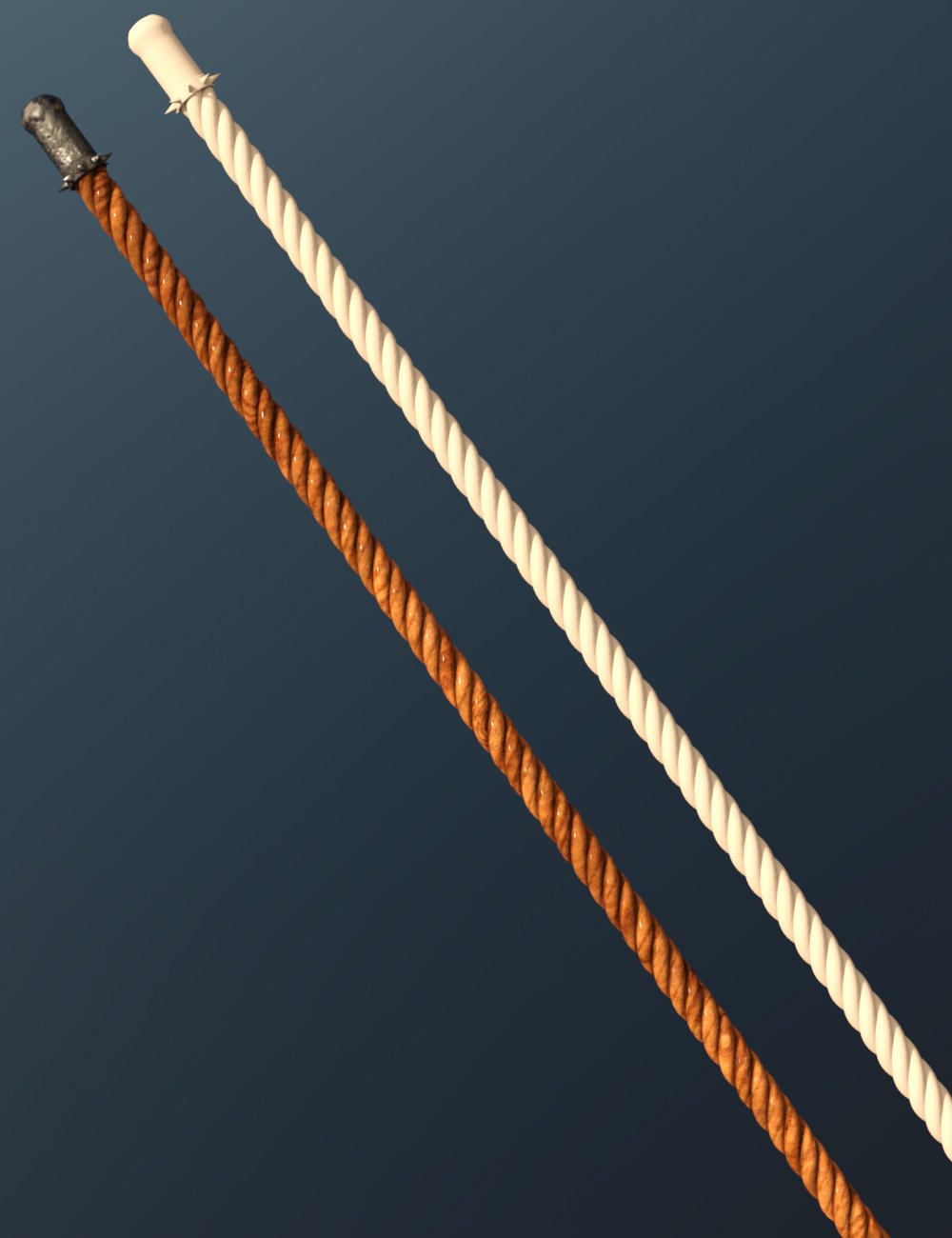 Give any Rogue, Cleric or Barbarian a little extra damage per second with Melee Strike: Poses, Expressions and Prop for Genesis 8 Figures!

Melee Strike is a set of 60 total action poses with matching expressions with 15 poses each for Genesis 8 Male, Genesis 8 Female, Angharad 8, and Ashan 8. Each pose pays strict attention to detail to convey the highest level of action, and each expression is tailored to its corresponding pose so you can use it with its match or mix things up a little! Any overtly feminine poses have their masculine counterpart.

Each pose is Hierarchical and designed to go with the bonus quarterstaff prop. There are wearable presets for the left and right hand for both male and female figures.

A little low on mana? Grab Melee Strike: Poses, Expressions, and Prop for Genesis 8 Figures, and your renders will be back up to full health in no time!

Includes the Daz Studio format which is subject to the Daz3D EULA.
Included formats for DAZ Studio, Unreal, FBX, OBJ formats.
Tafi is the avatar company and developer of the Daz 3D character system. This content was originally developed for Daz Studio 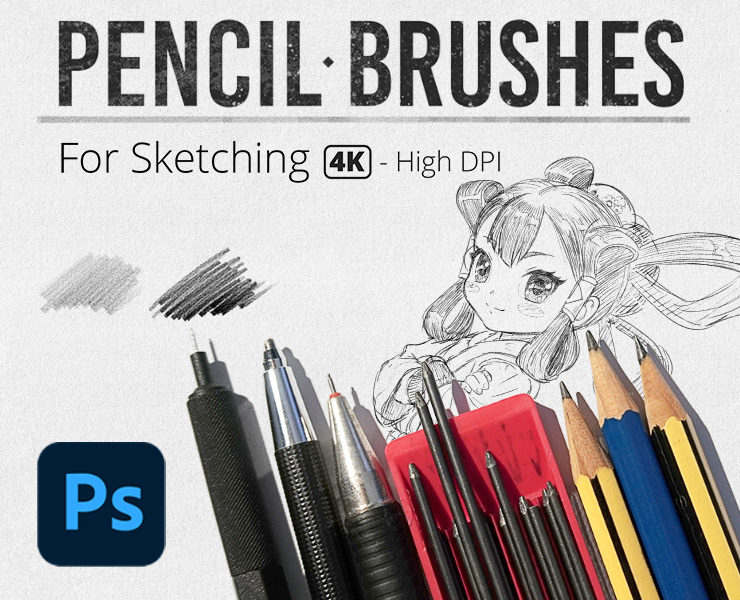 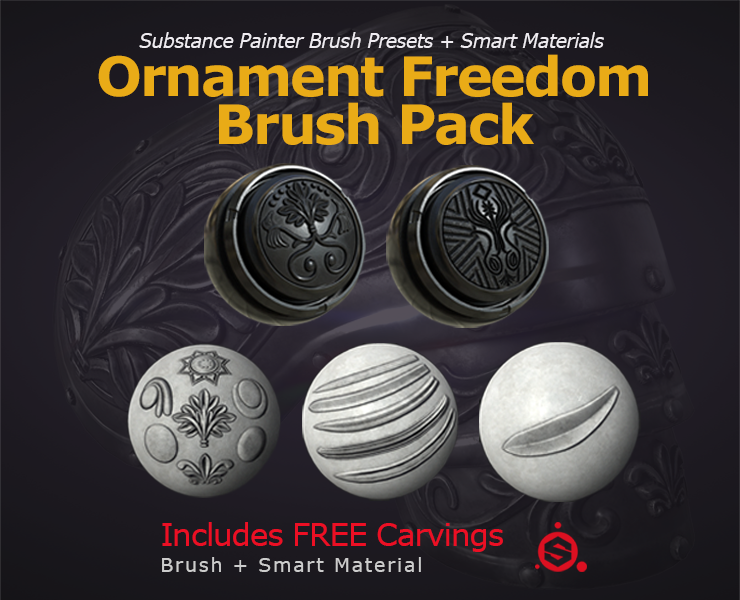