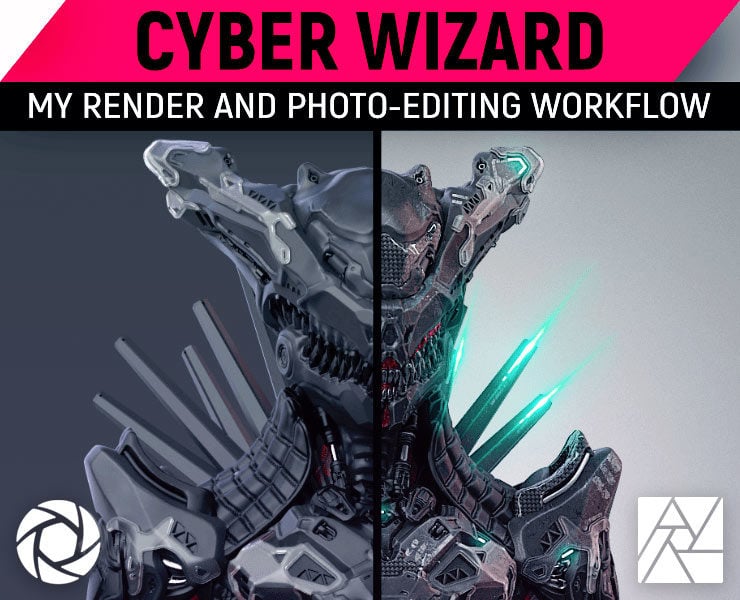 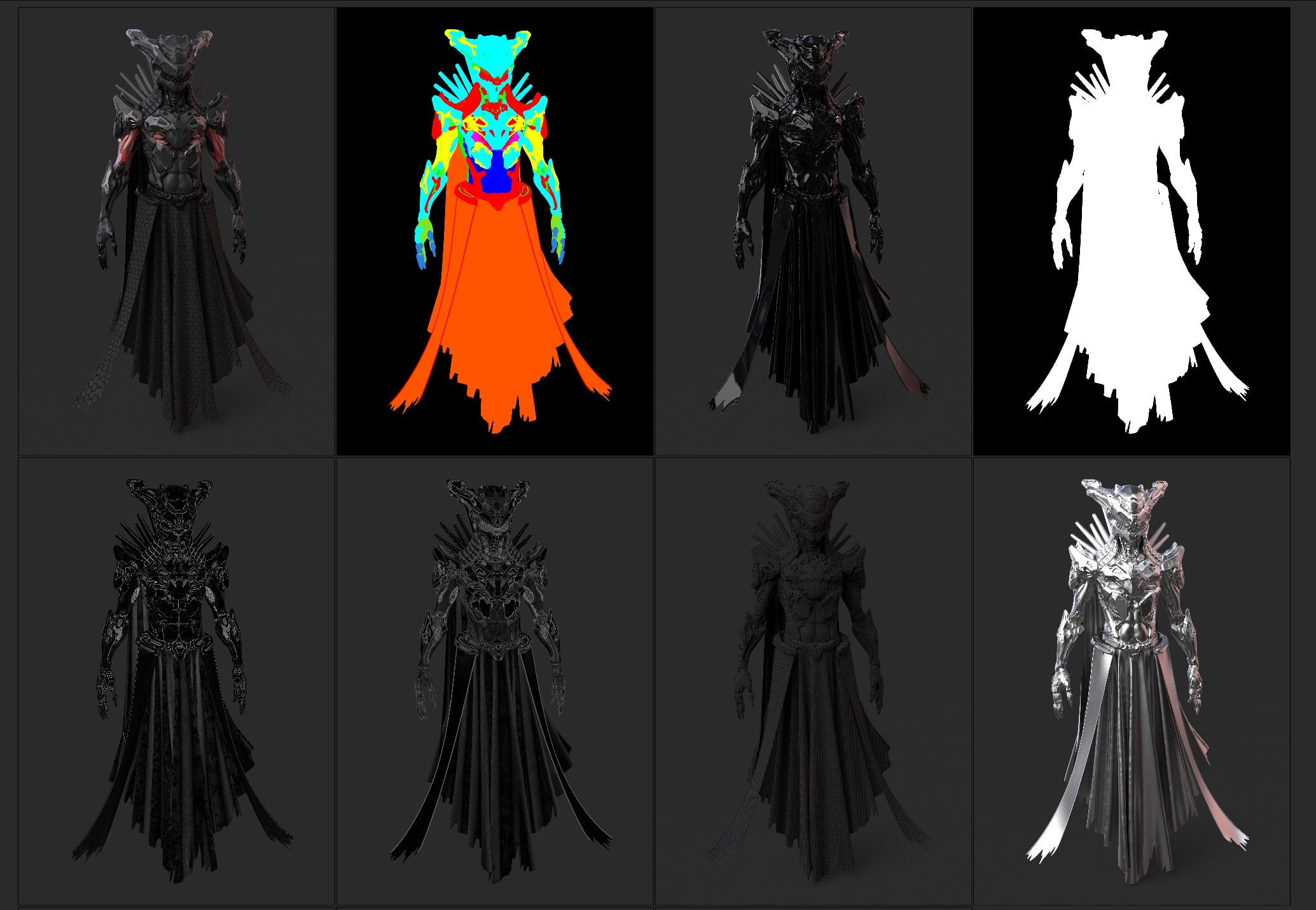 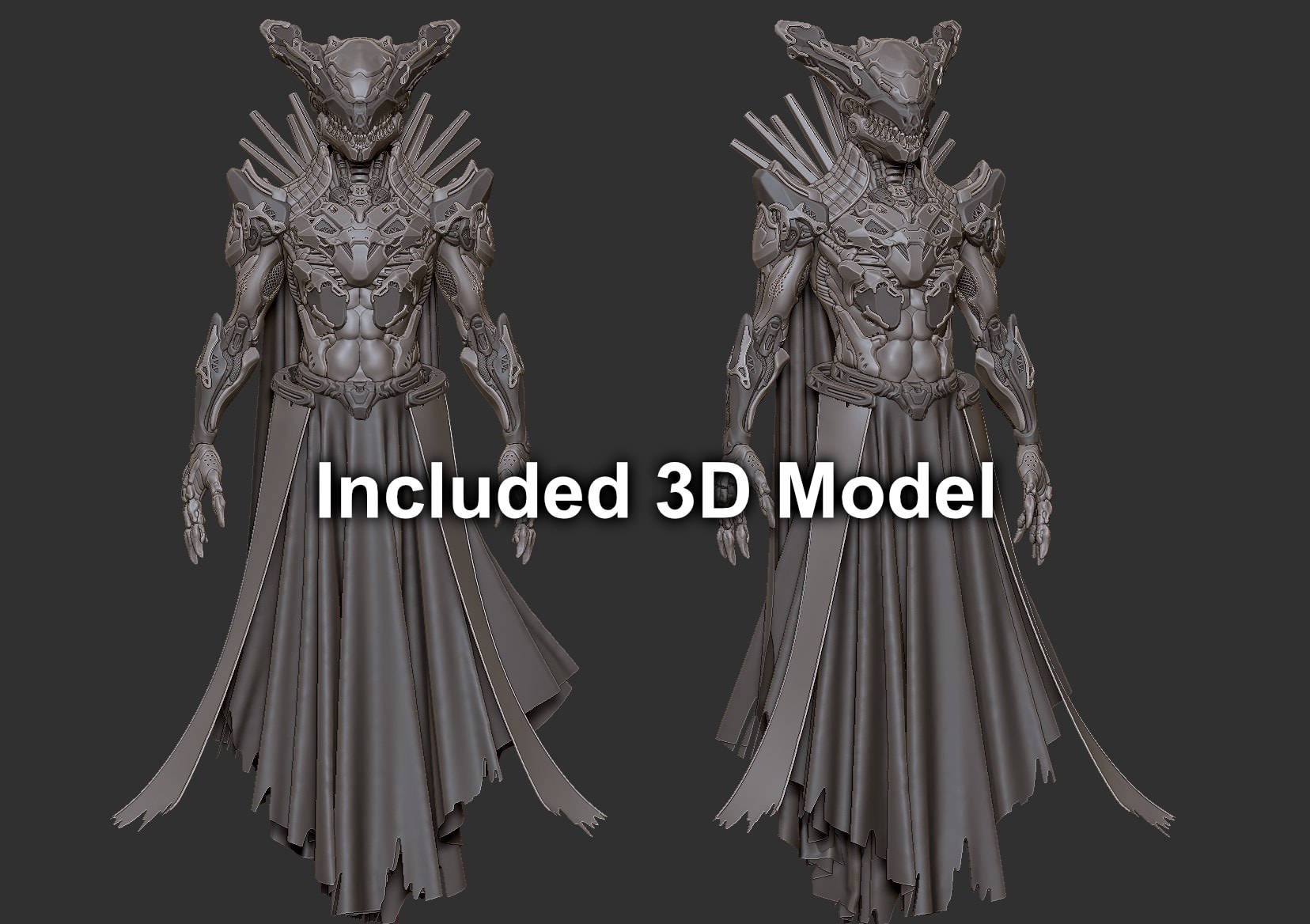 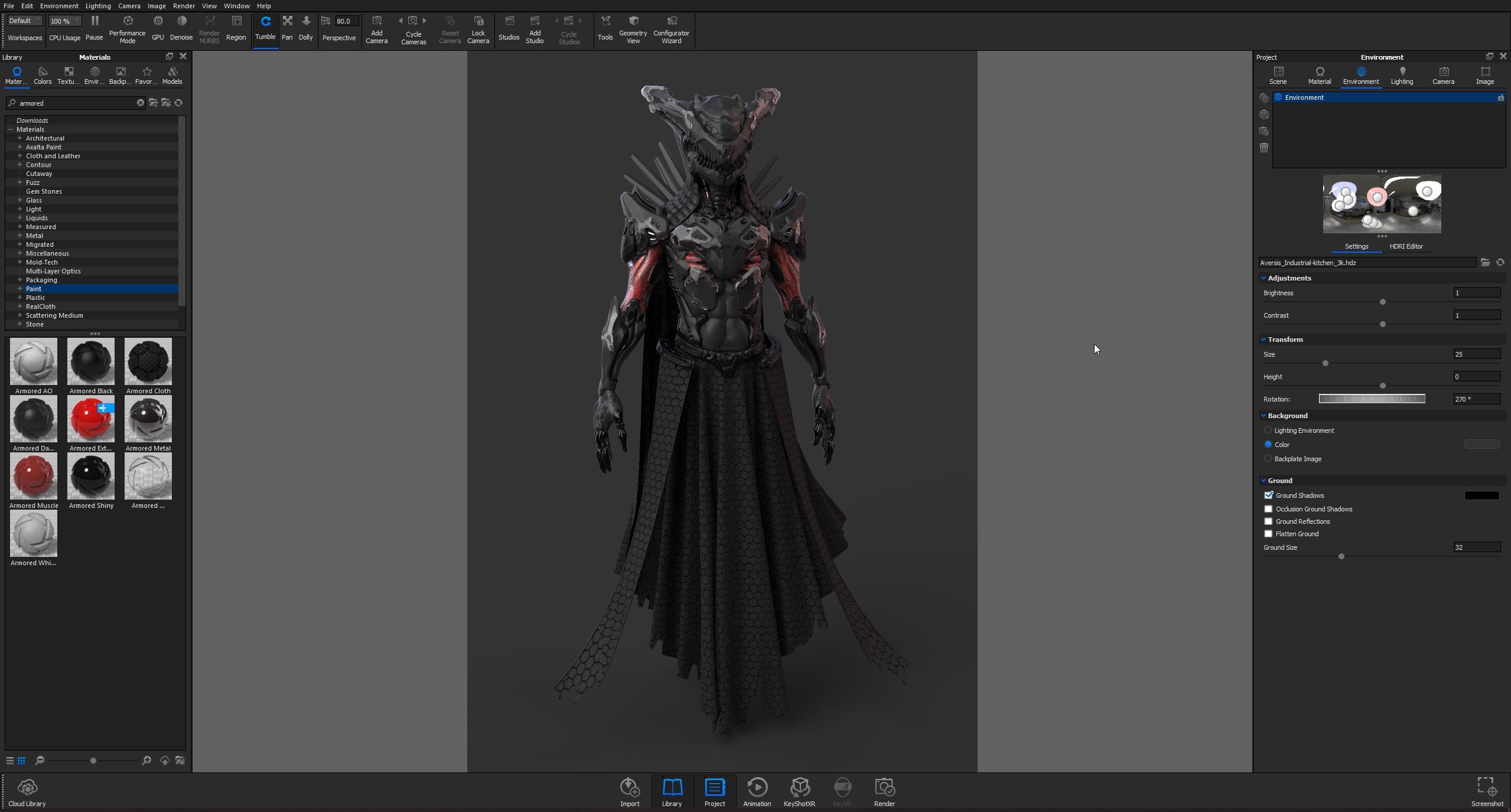 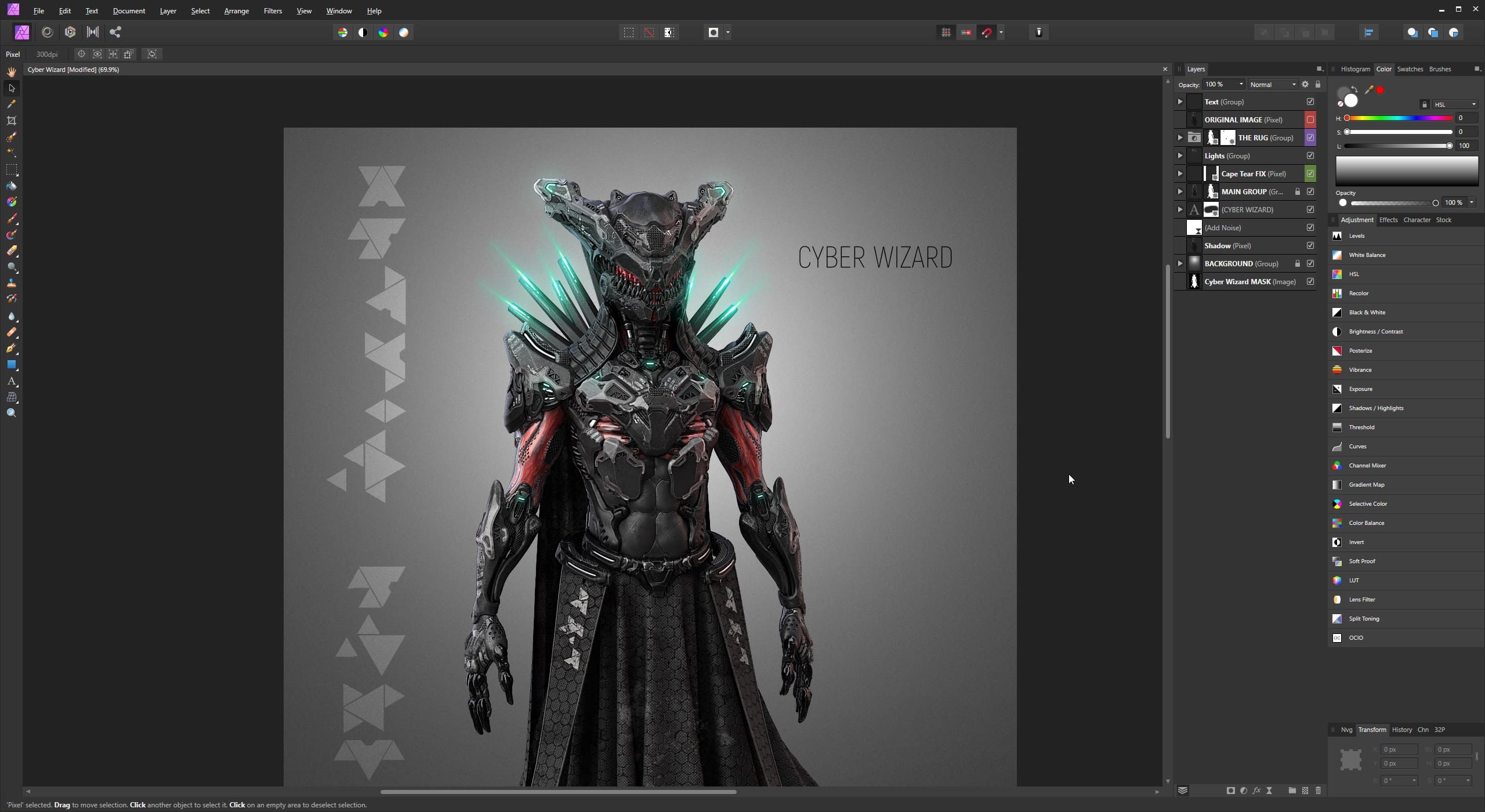 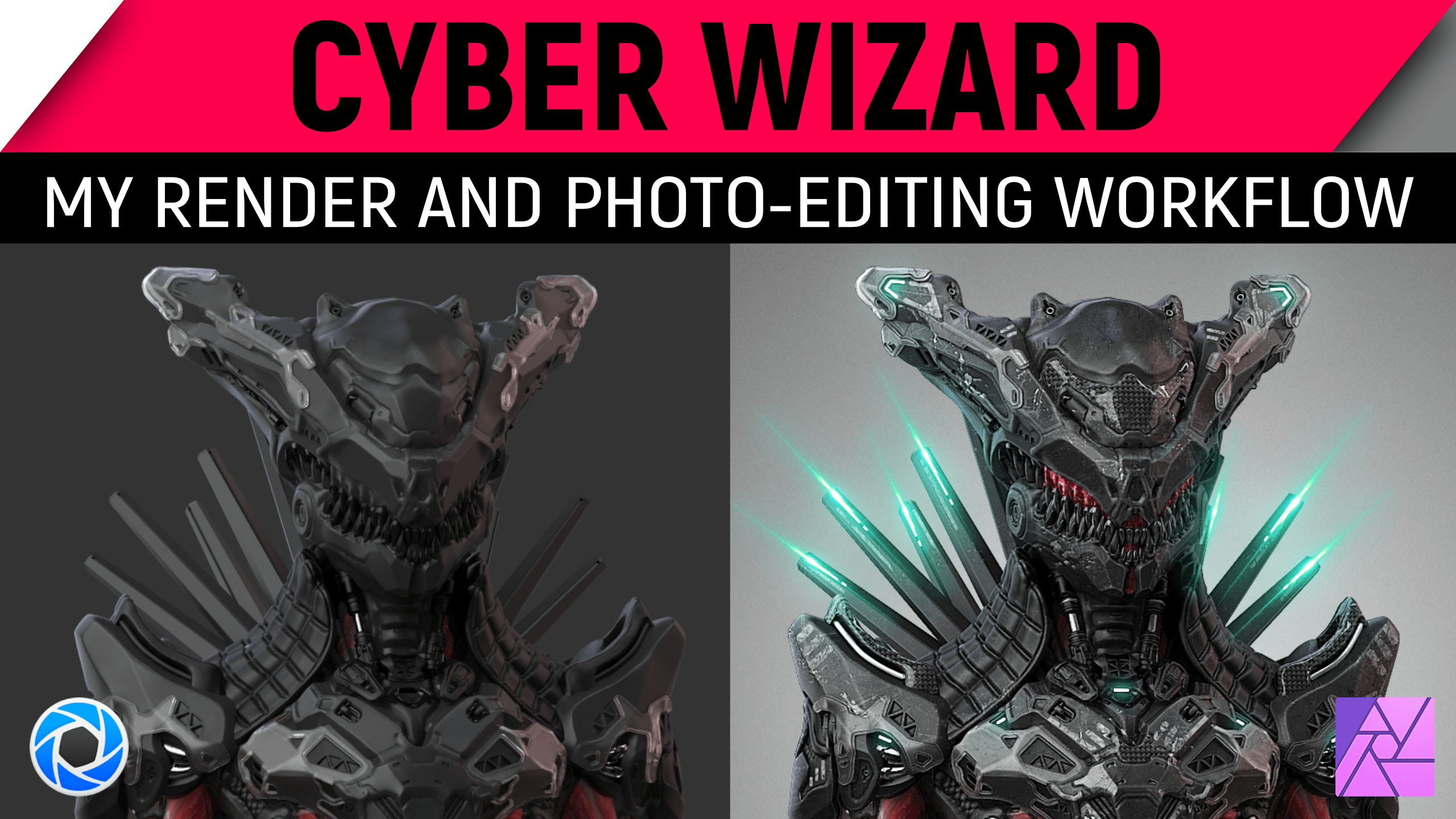 WHAT ARE WE MAKING?

Want to learn how to render with Keyshot? Want to get a grasp on how to composite your renders and add some flair with Affinity Photo?

Here’s a tutorial on how to do it!

This is NOT a time-lapse with narration added in on top, this is a Real-time recording with Live commentary as I work on the “Cyber Wizard”. We first learn how to render with Keyshot and then we transition to Affinity Photo (a Photoshop alternative) to combine our render passes and add extra effects to make the final image look super cool!

The Cyber Wizard 3D model is included so you can get started right away (this is NOT a 3D Modeling Tutorial).

Email me regarding any issues

I don’t own Affinity Photo, can I just used Photoshop instead?

Yes, they are both very similar photo-editing software and a lot of what you see will still apply. Using Affinity Photo is preferable if you want to follow step by step but it’s not absolutely essential.

Does this include videos on modeling/sculpting the Cyber Wizard Character?

No, this tutorial is only about rendering and photo-editing. However, the 3D character is included so you can follow along. The ZBrush file is also included.

I’ve seen you use Keyshot before, what’s different about this tutorial?

This is not an expanded sequel to anything, this is a standalone tutorial for anyone interested in how I Rendered and finally Composited the Cyber Wizard. No previous knowledge is required.

Can I use the 3D Model for printing?

The included 3D Character Model is not a water tight mesh designed for printing, though it could be with a few modifications, but those are up to you. 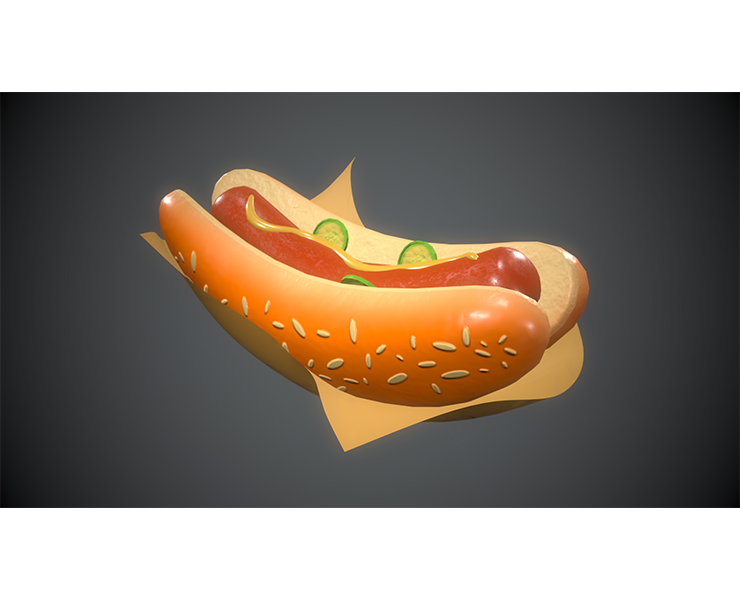