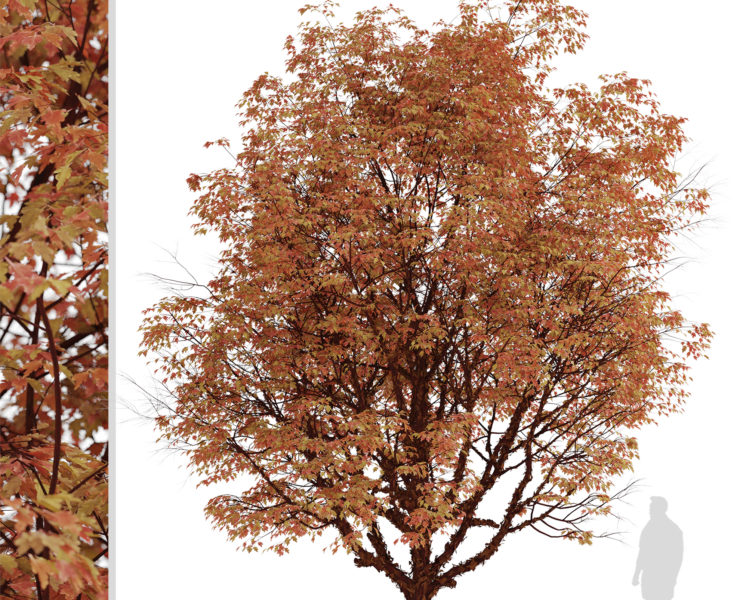 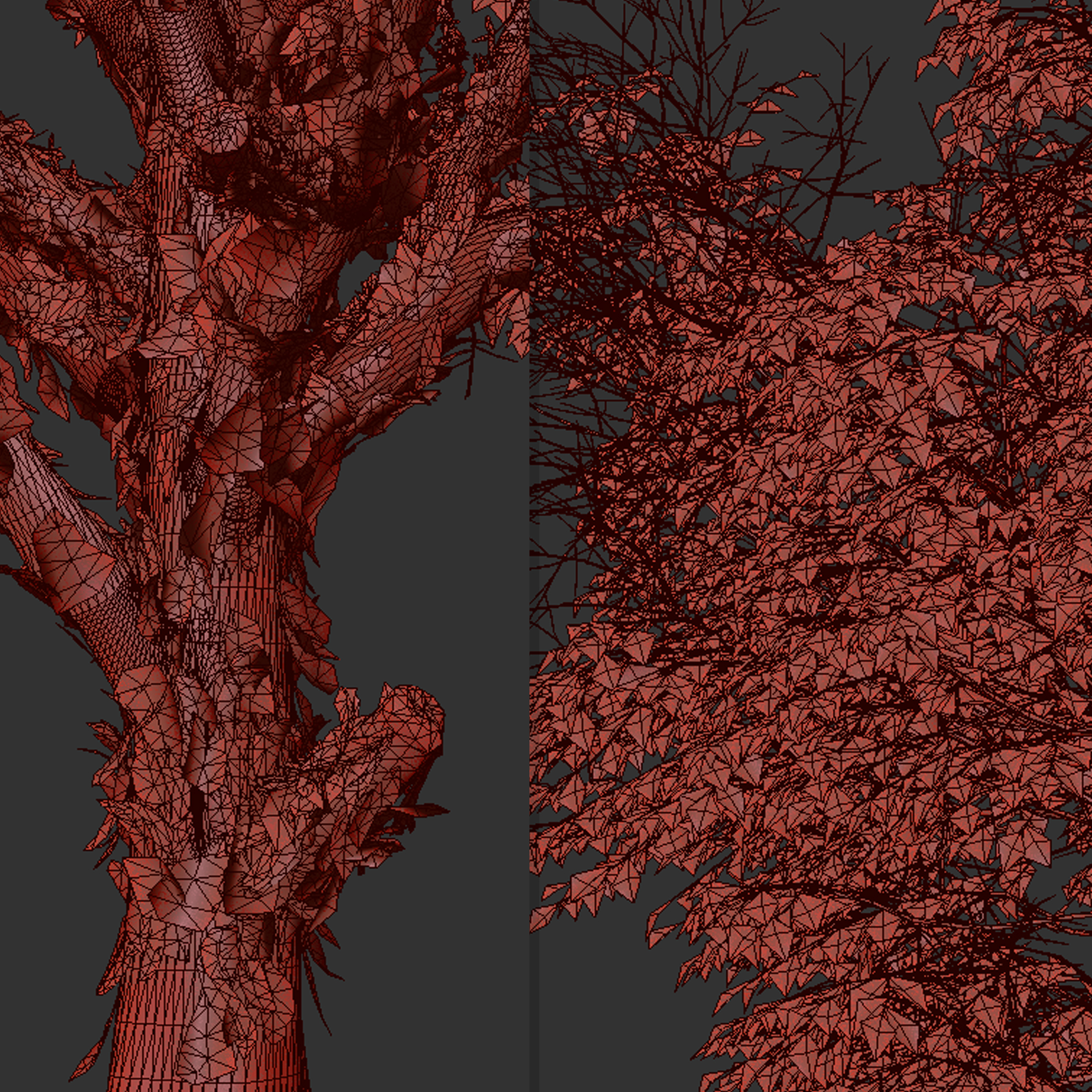 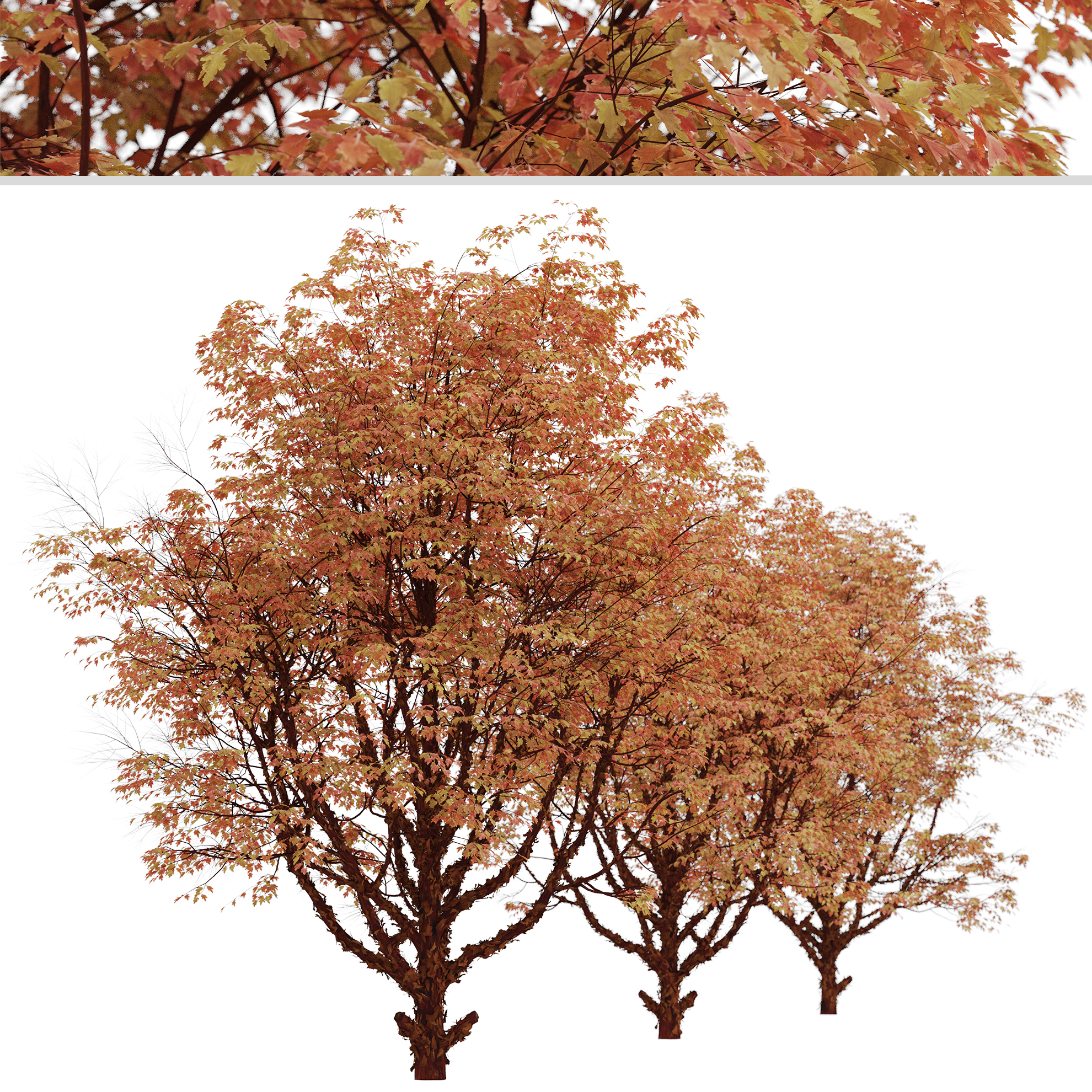 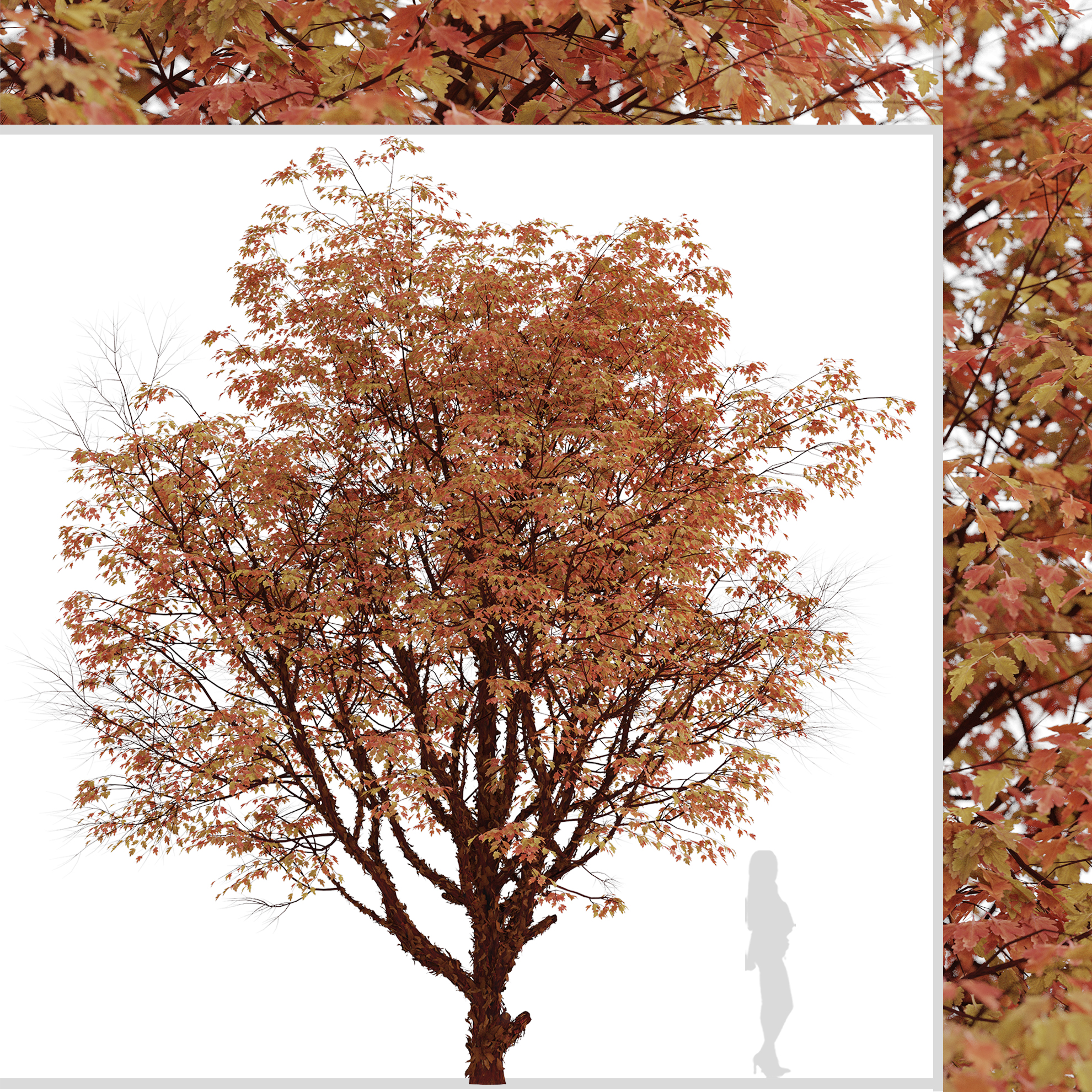 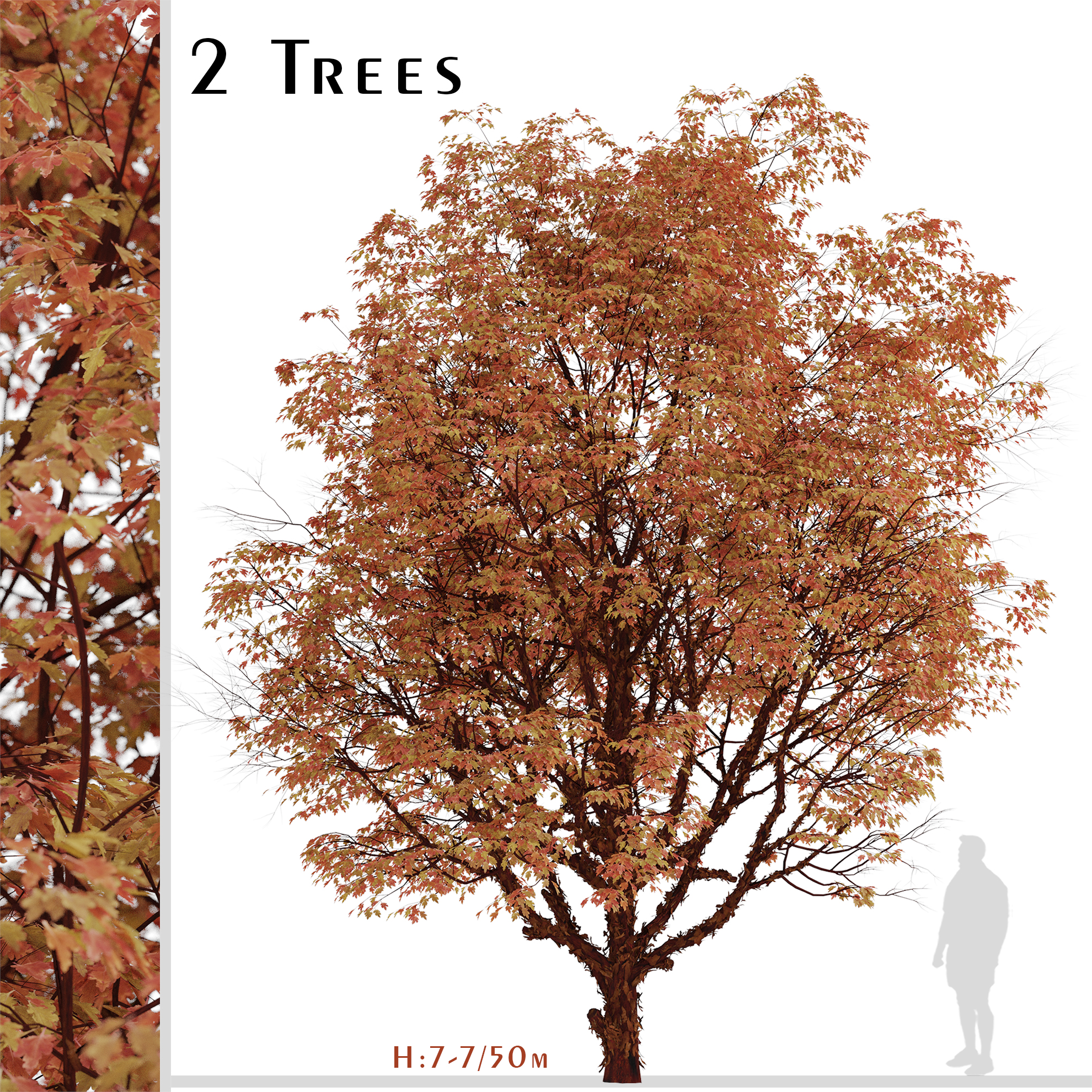 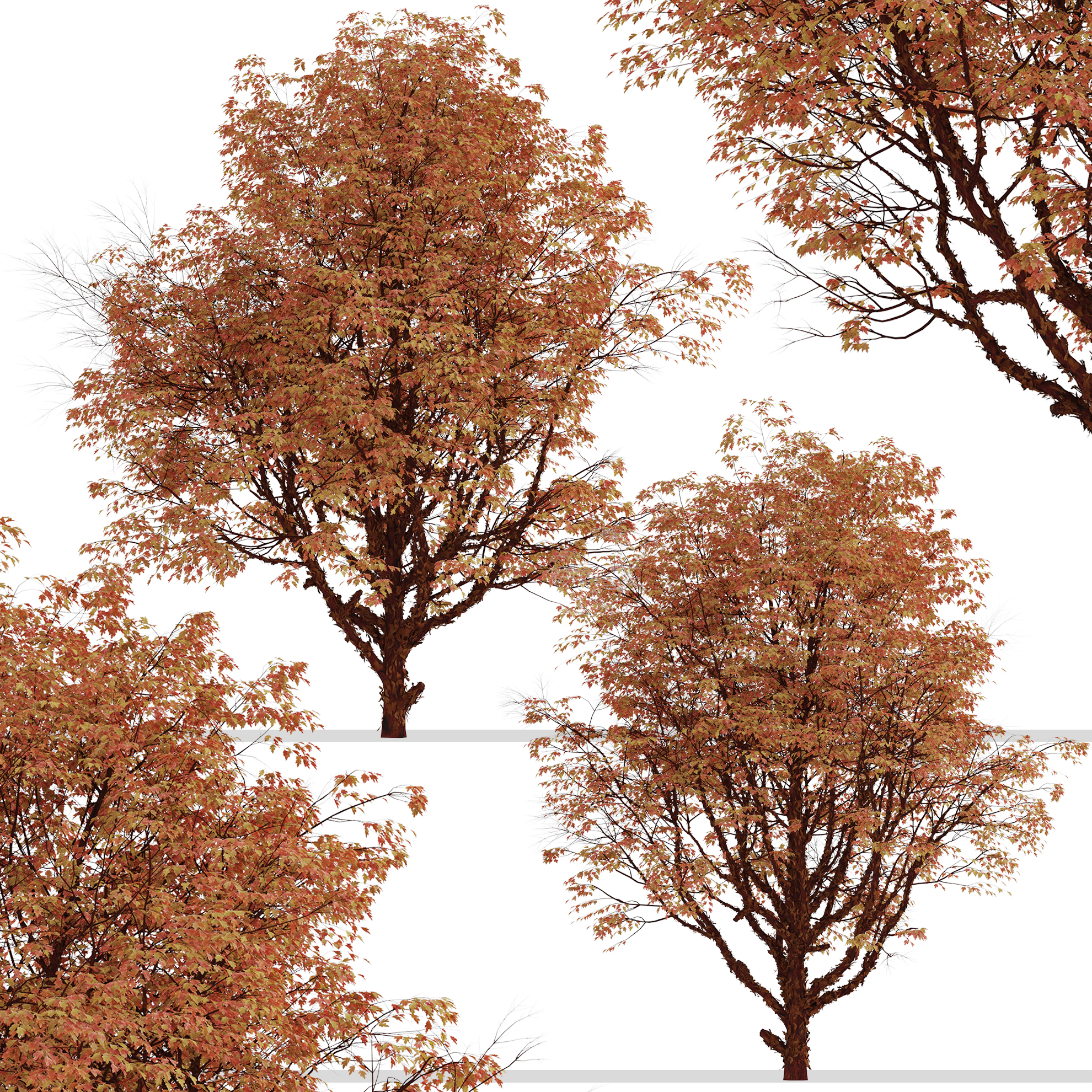 2 different Acer griseum Trees in the scene. Growing from a large shrub into a small to medium-sized tree, often multiple stemmed, reaching a height of circa 10 m (rarely higher). The most important feature and at the same time its greatest ornamental trait is the cinnamon-colored bark, which, like a birch, peels back strongly. After a few years the bark colors into an intense brown-red. In autumn the color of leaves changes into a magnificent orange to crimson. The growth of the roots is shallow and densely rooted. A. griseum belongs to one of the nicest of all maples. Polygons (Total number of 2 trees): 2,066,222 Verts (Total number of 2 trees): 1,763,809 Acer griseum1: 7/50 m Acer griseum2: 7 m In the archive: 3ds max (V-ray-2014), FBX and … * Features: – Optimized for Distant and Closeup Views – Clean Topology – Unwrapped Overlapping – Real-World Scale – Transformed into zero – Objects Named – Materials Named – Units: Centimeters Have a good one!