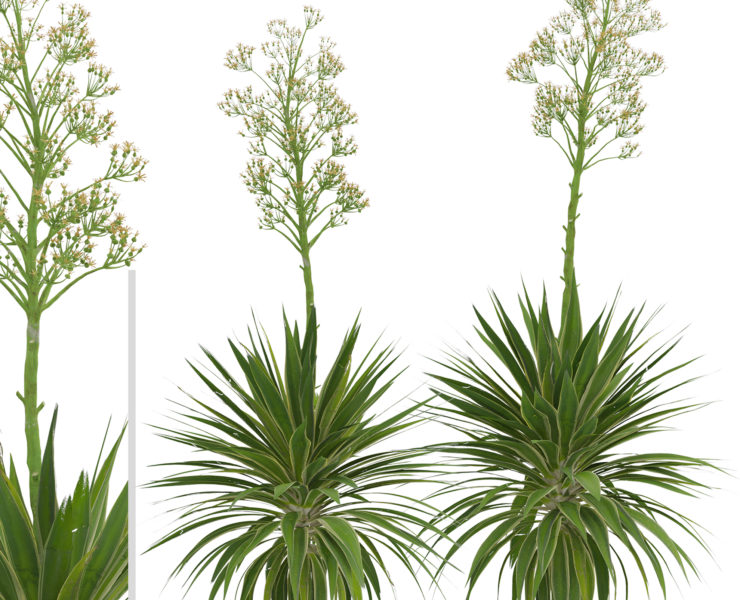 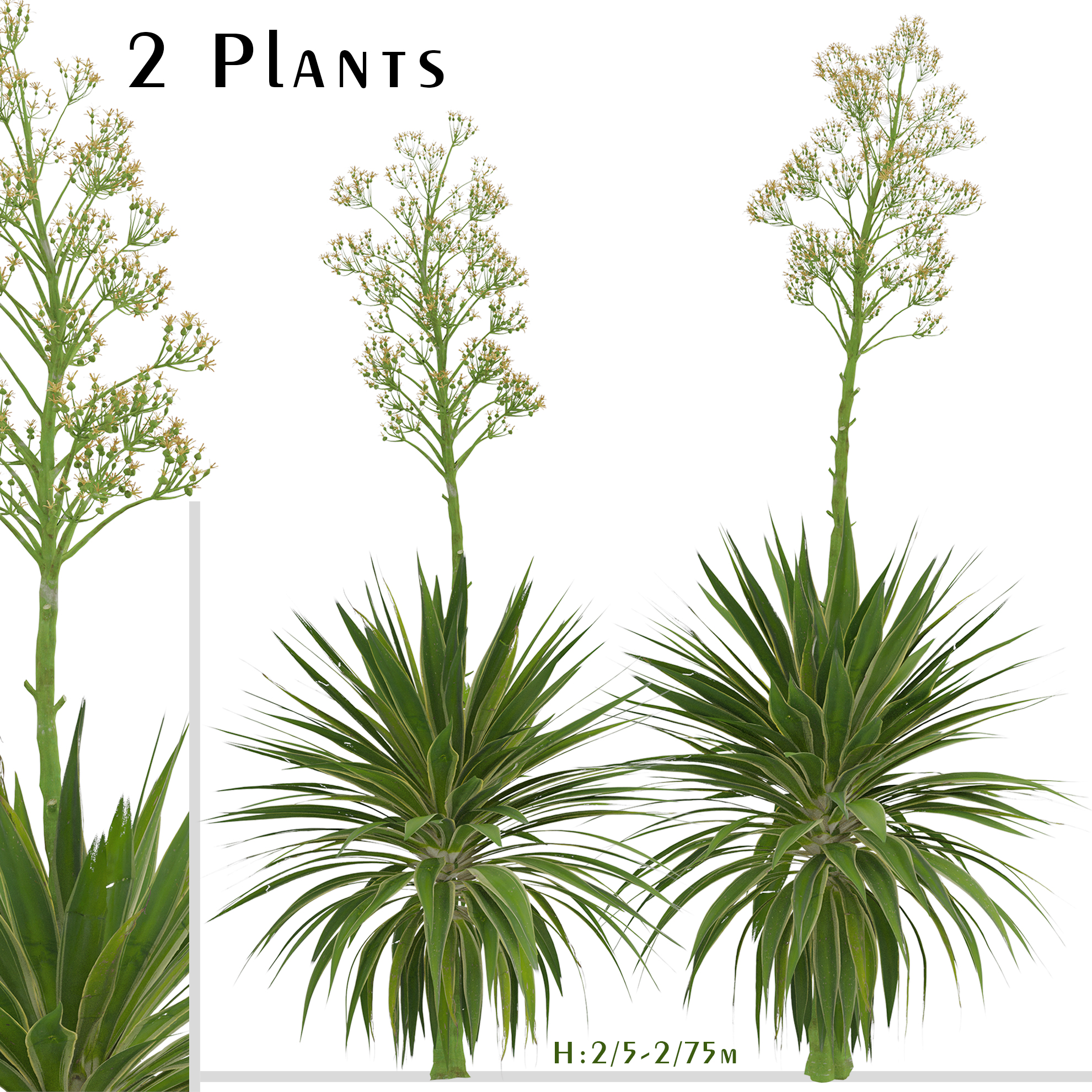 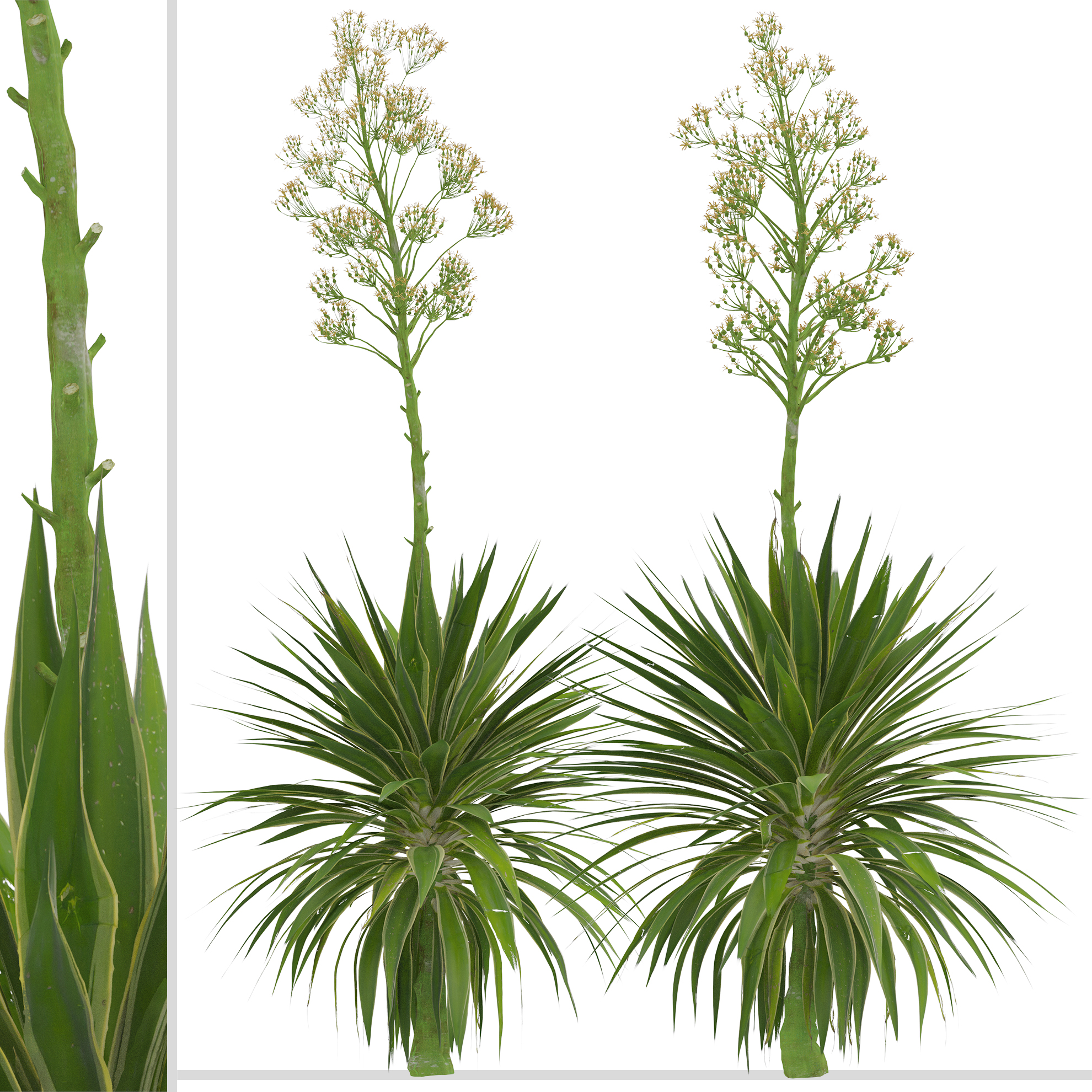 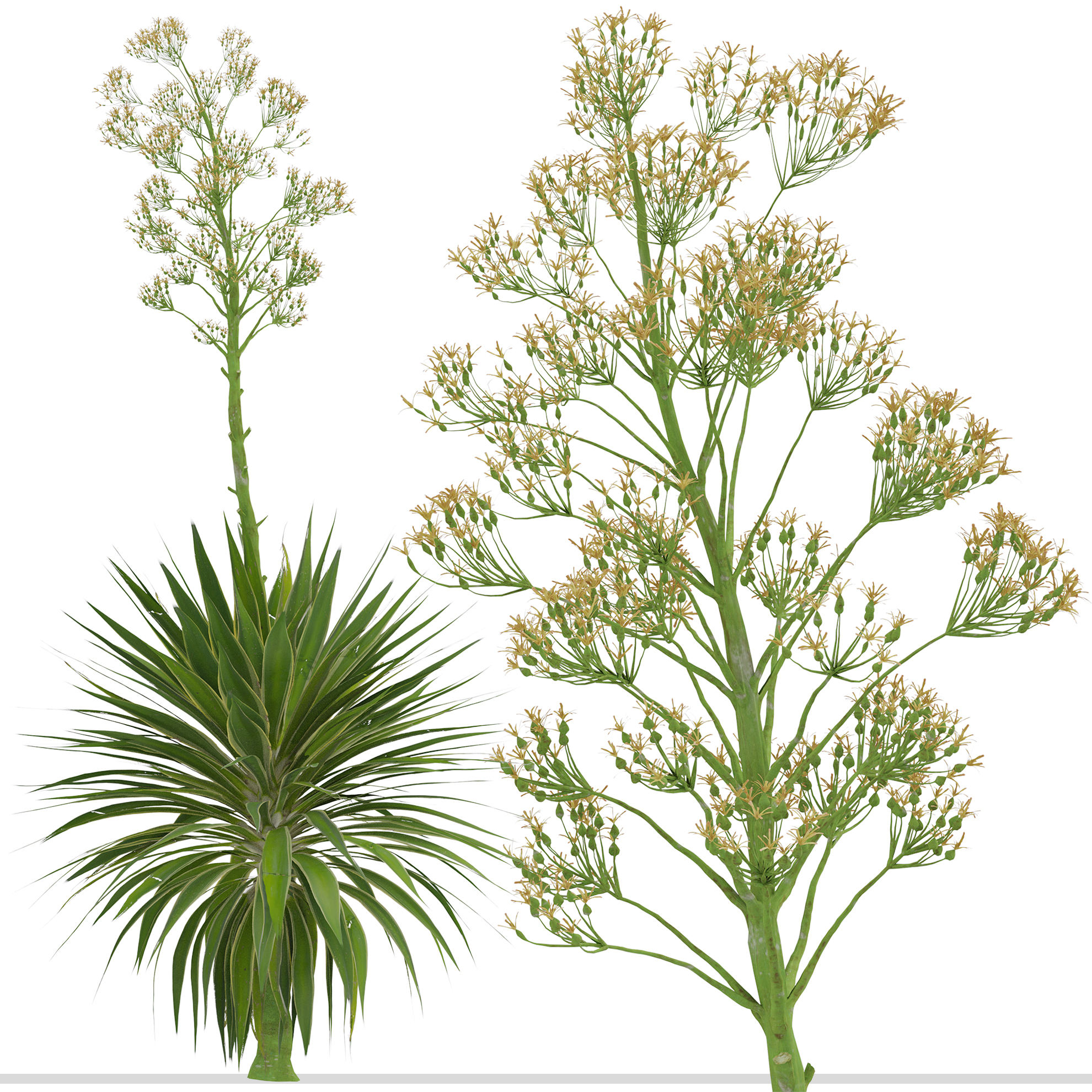 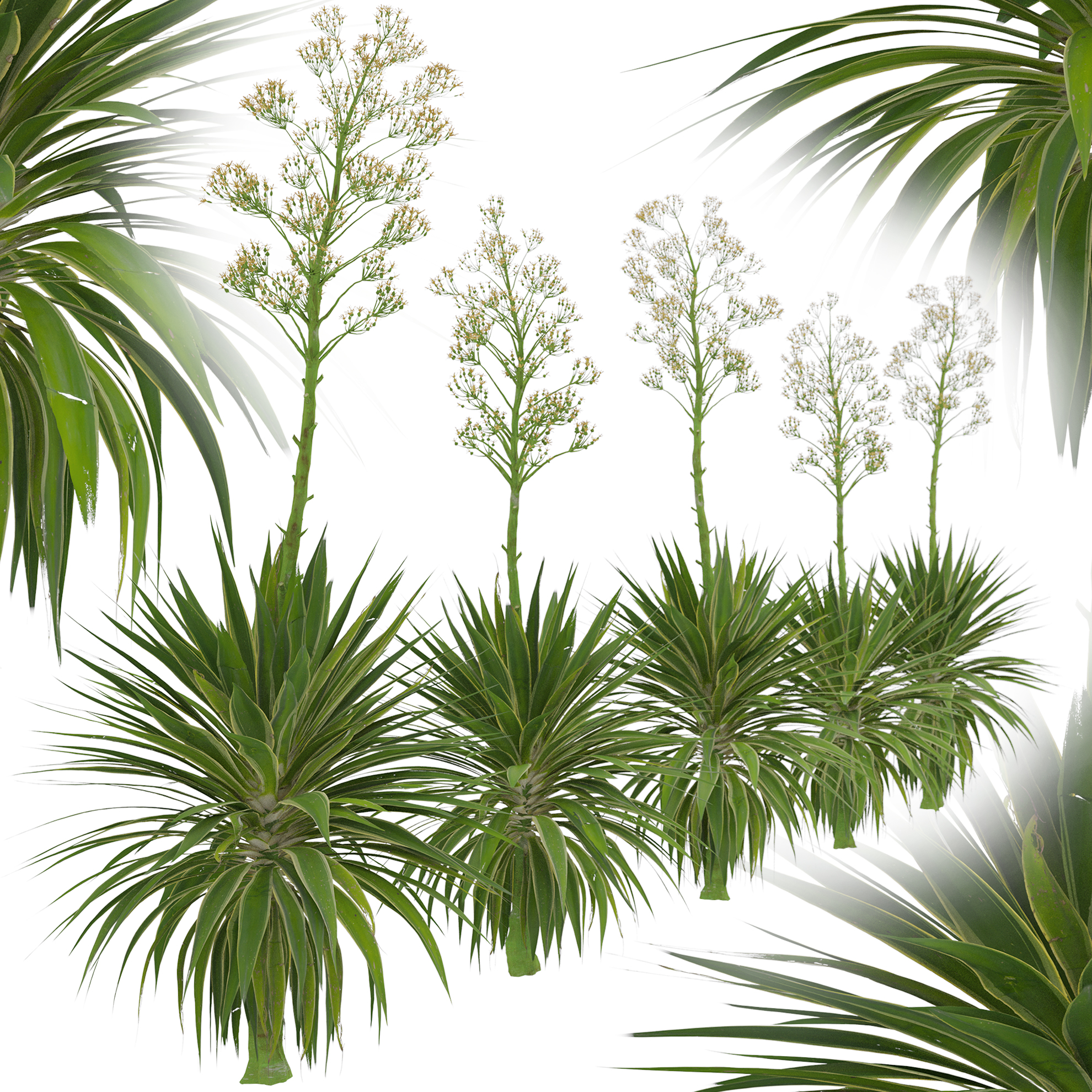 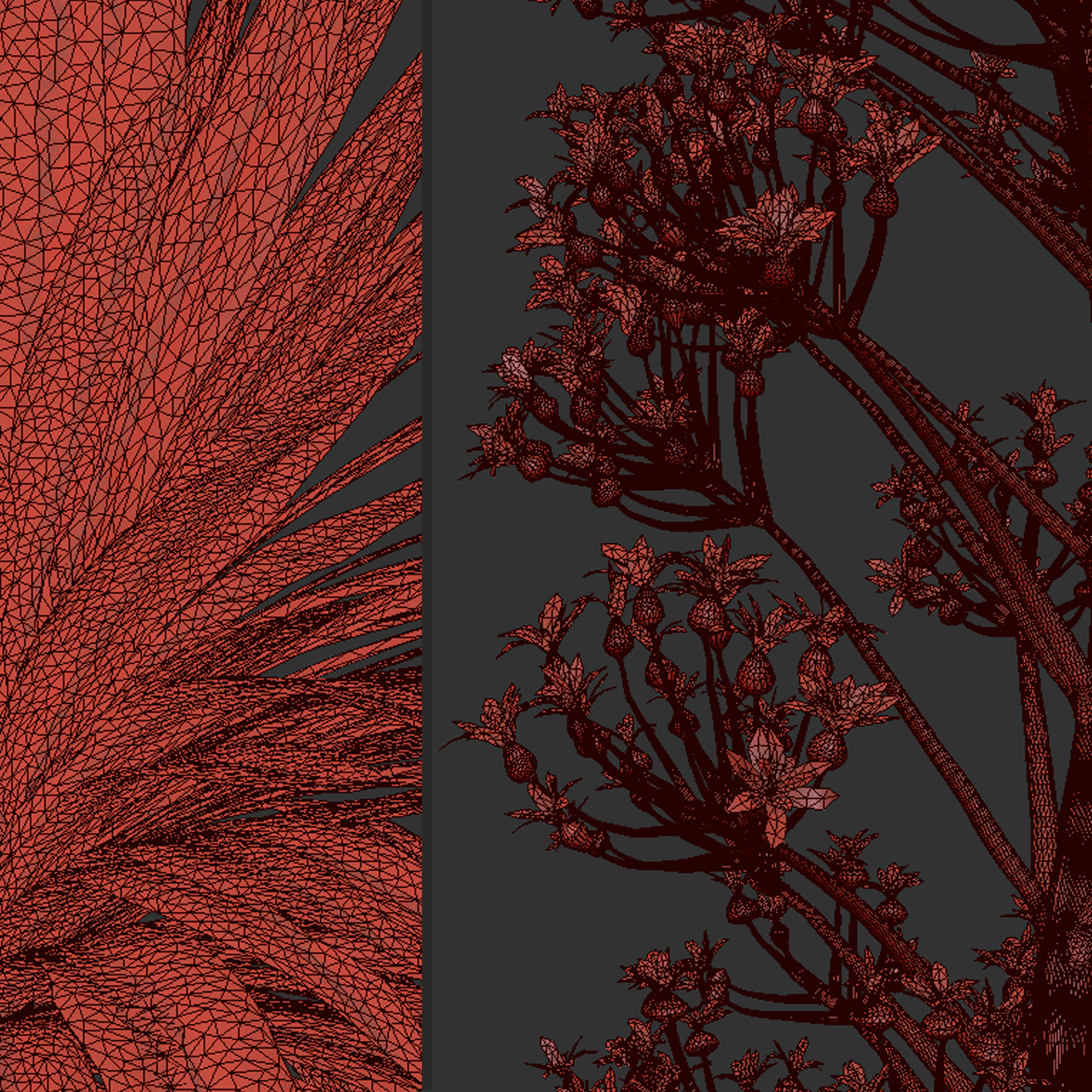 2 different Agave Angustifolia trees in the scene. Agave angustifolia (Caribbean agave) is a type of agave plant which is native to Mexico and Central America. It is used to make mezcal and also as an ornamental plant, particularly the cultivar Marginata. It is a medium sized Agave to 4 feet tall by 4 feet wide with a dense rosette, rounded in outline, atop a short trunk 1 to 2 feet tall that is usually hidden until plants get some age. When in flower, which does not occur until this plant is at least 10 years old and often much later, it sends up an 8 to 10 foot spike with a well-branched panicle bearing yellowish-white flowers. Polygons (Total number of scene): 1,877,843 Verts (Total number of scene): 1,076,100 Agave angustifolia1: 2/75 m Agave angustifolia2: 2/50 m In the archive: 3ds max (V-ray-2014), FBX and … * Features: – Optimized for Distant and Closeup Views – Clean Topology – Unwrapped Overlapping – Real-World Scale – Transformed into zero – Objects Named – Materials Named – Units: Centimeters Have a good one!