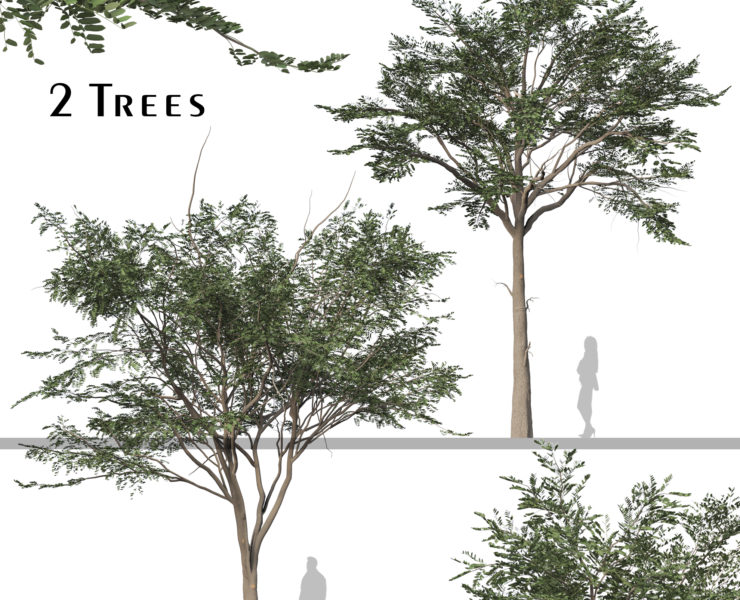 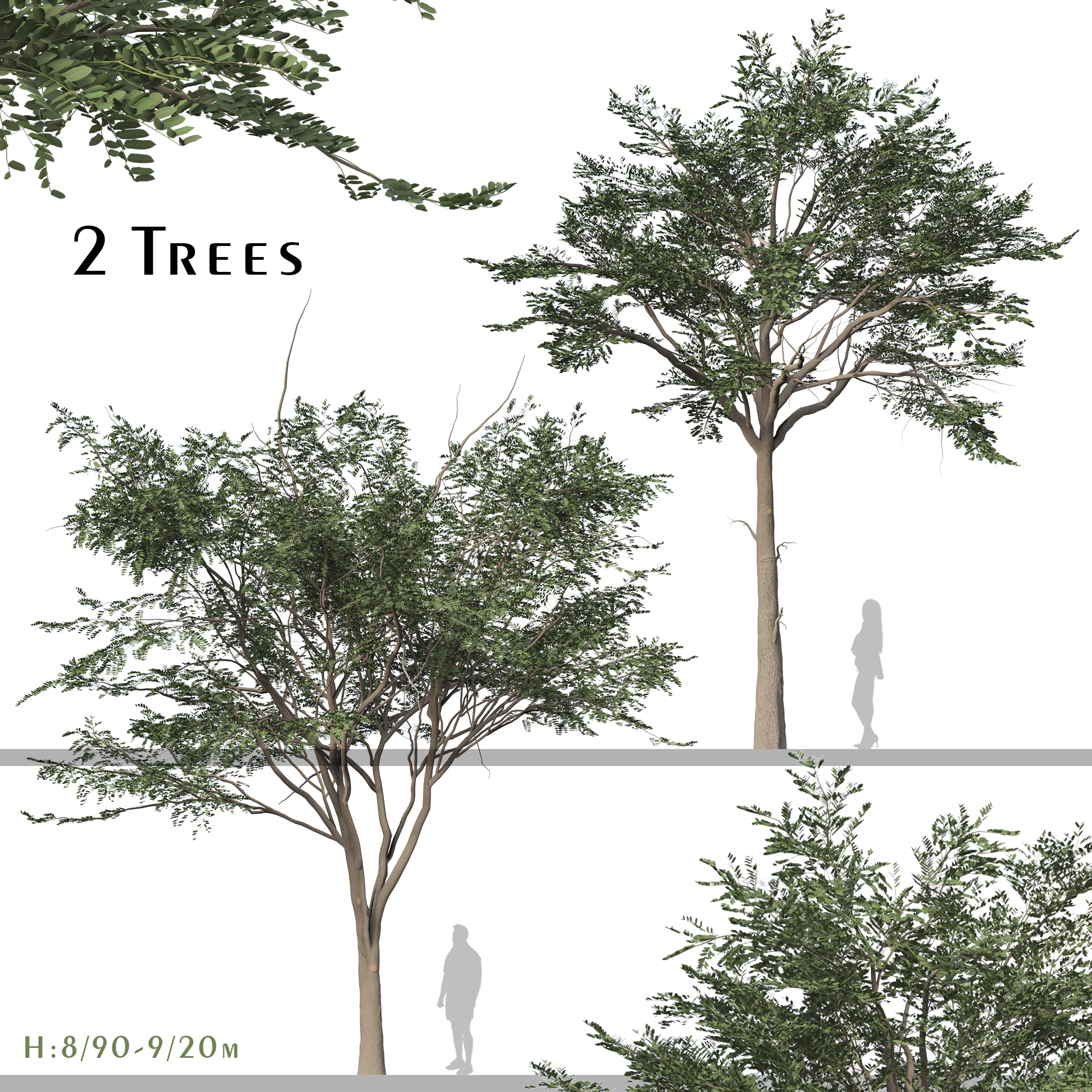 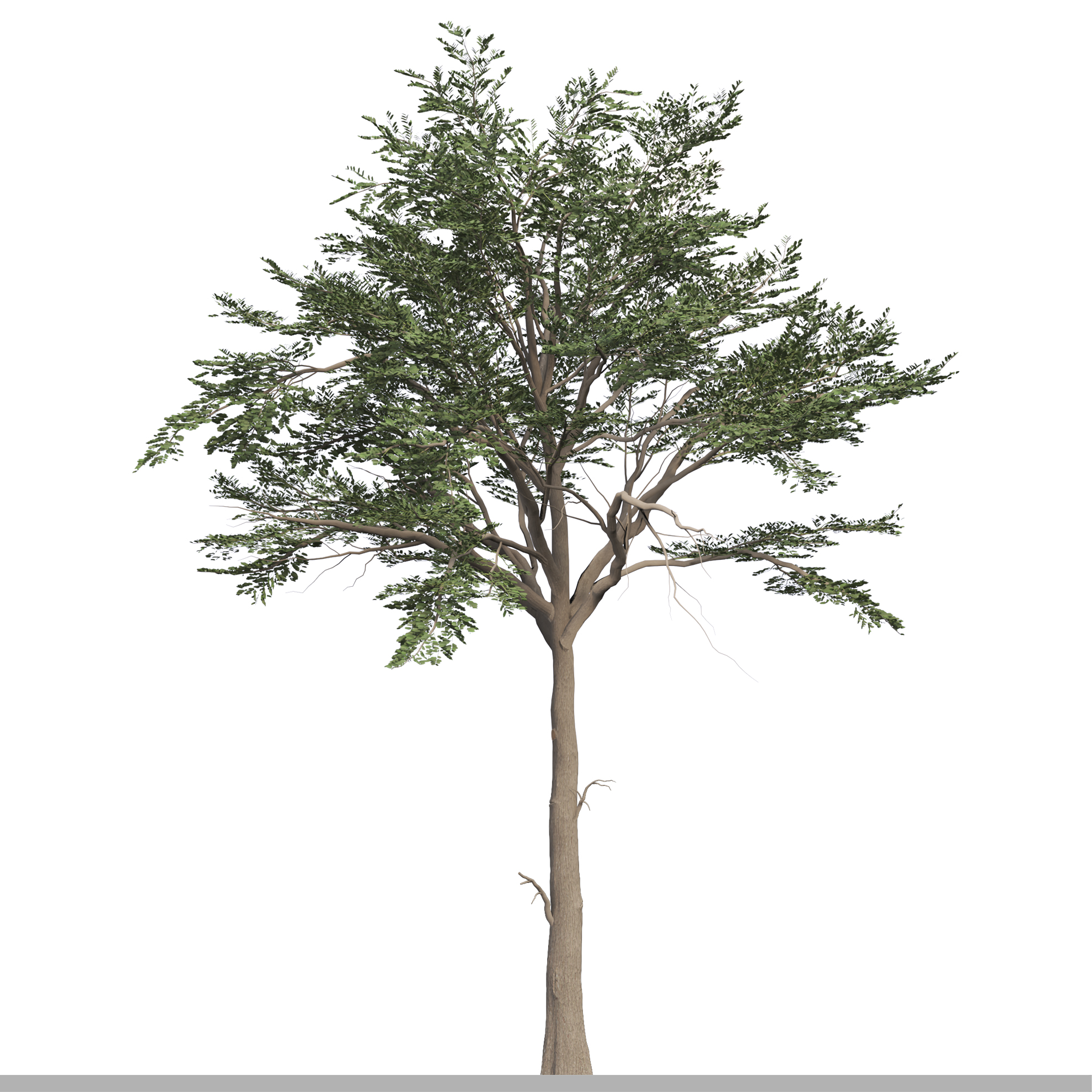 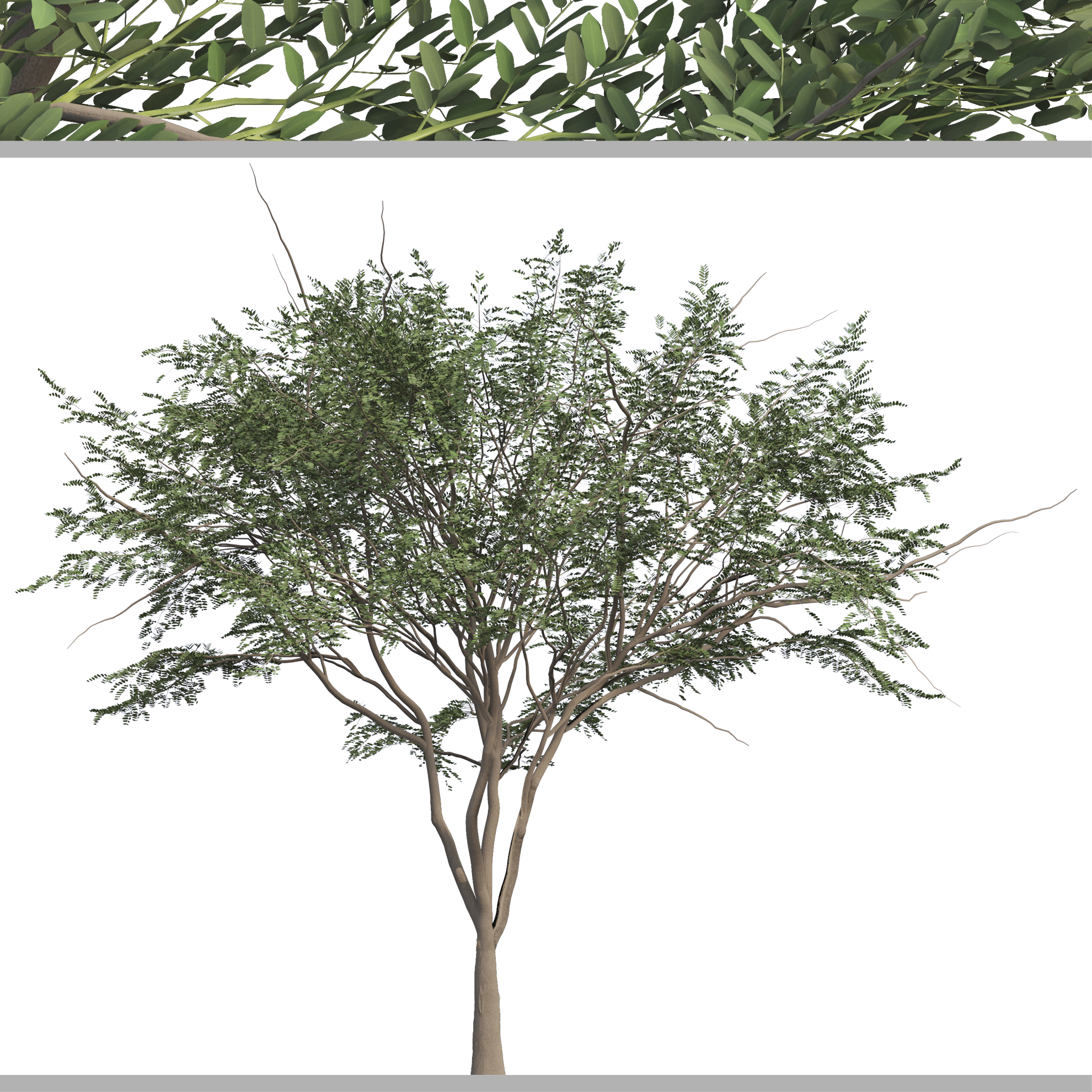 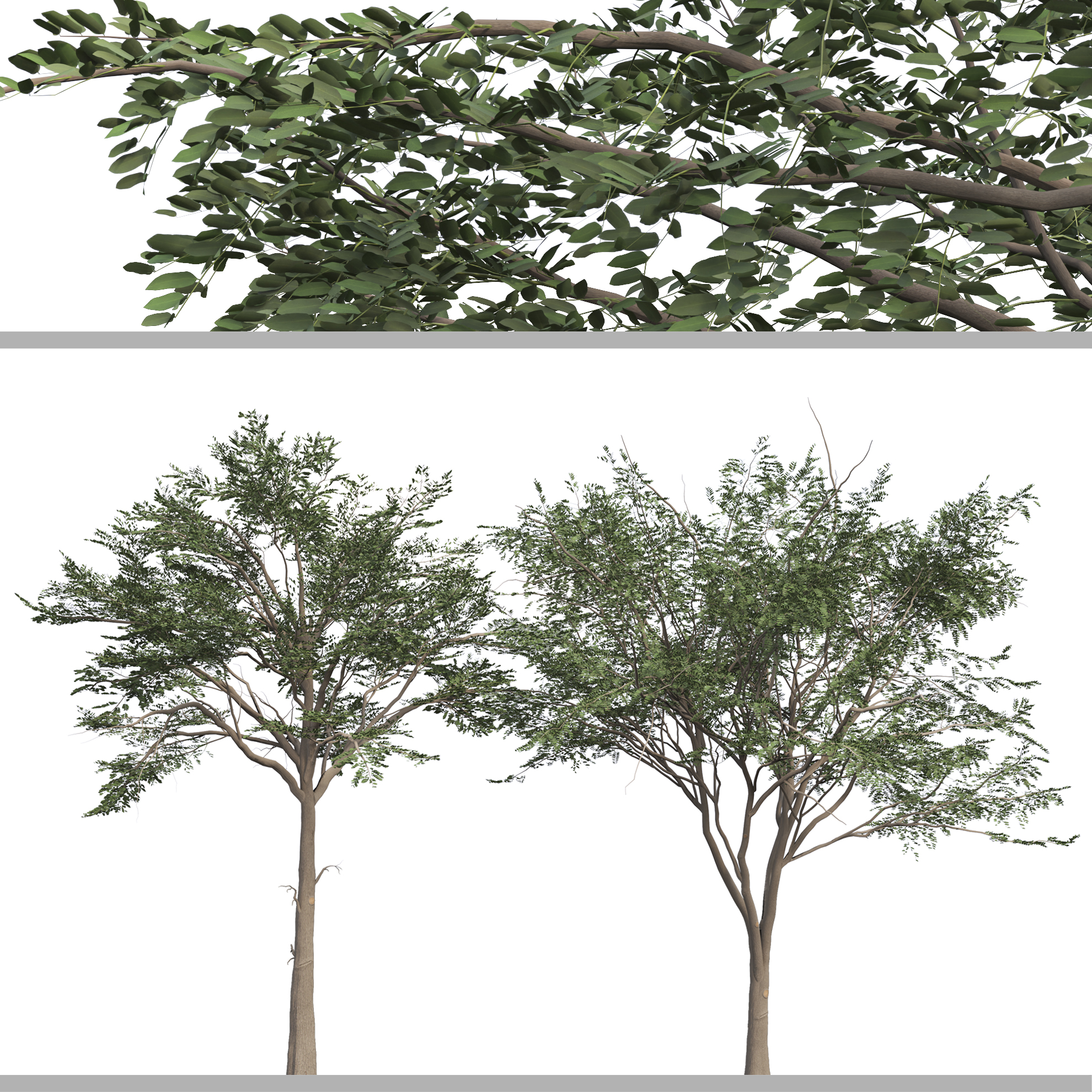 2 Albizia Falcataria Trees in the scene.

Potentially the fastest growing tree in the world, Albizia (Falcataria moluccana) is one of the most noticeable invasive species in Hawai. These large trees, up to 150 feet tall, can grow 15 feet per year and quickly outcompete and displace the entire Hawaiian forests. Albizia also increases soil nitrogen levels, which alters an entire ecosystem and changes growing conditions, further creating an environment that benefits some invasive species over native flora.