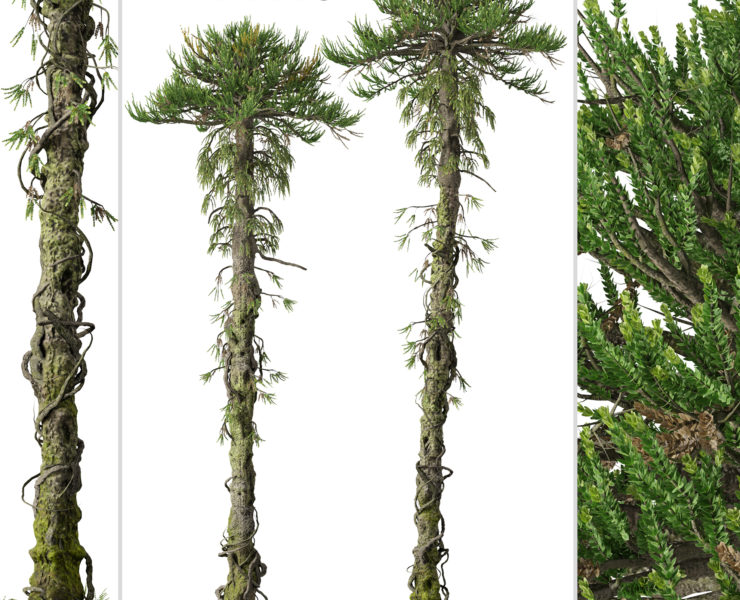 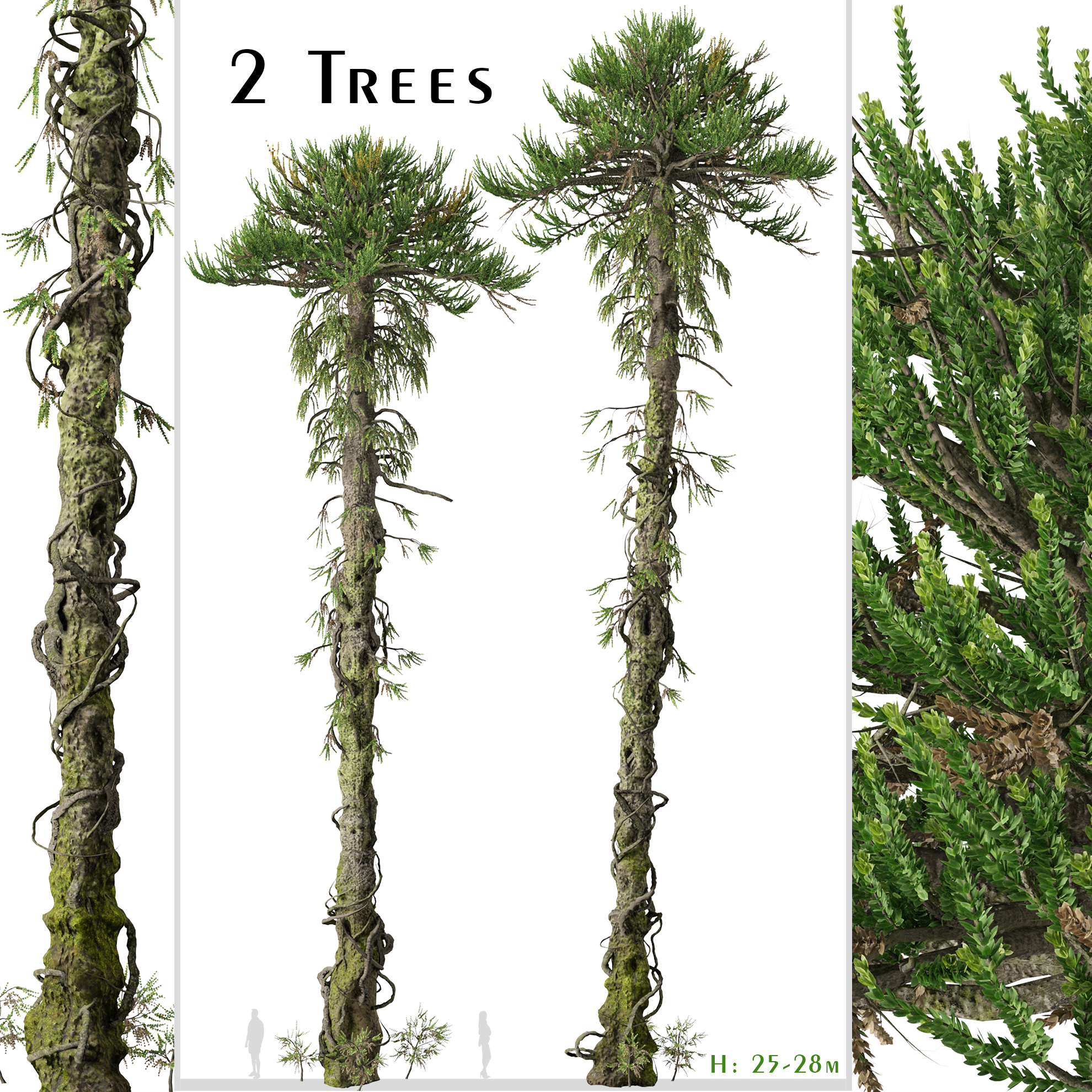 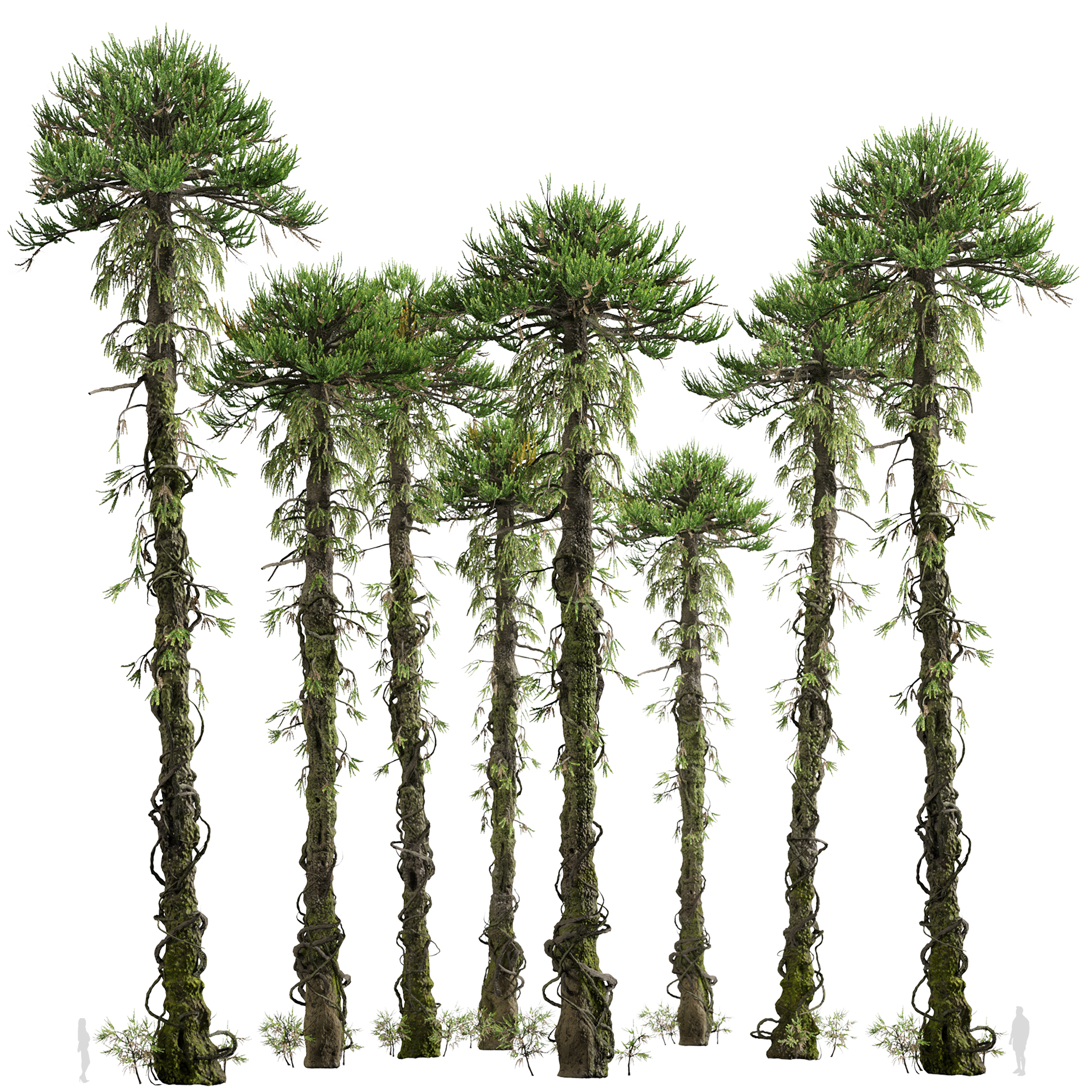 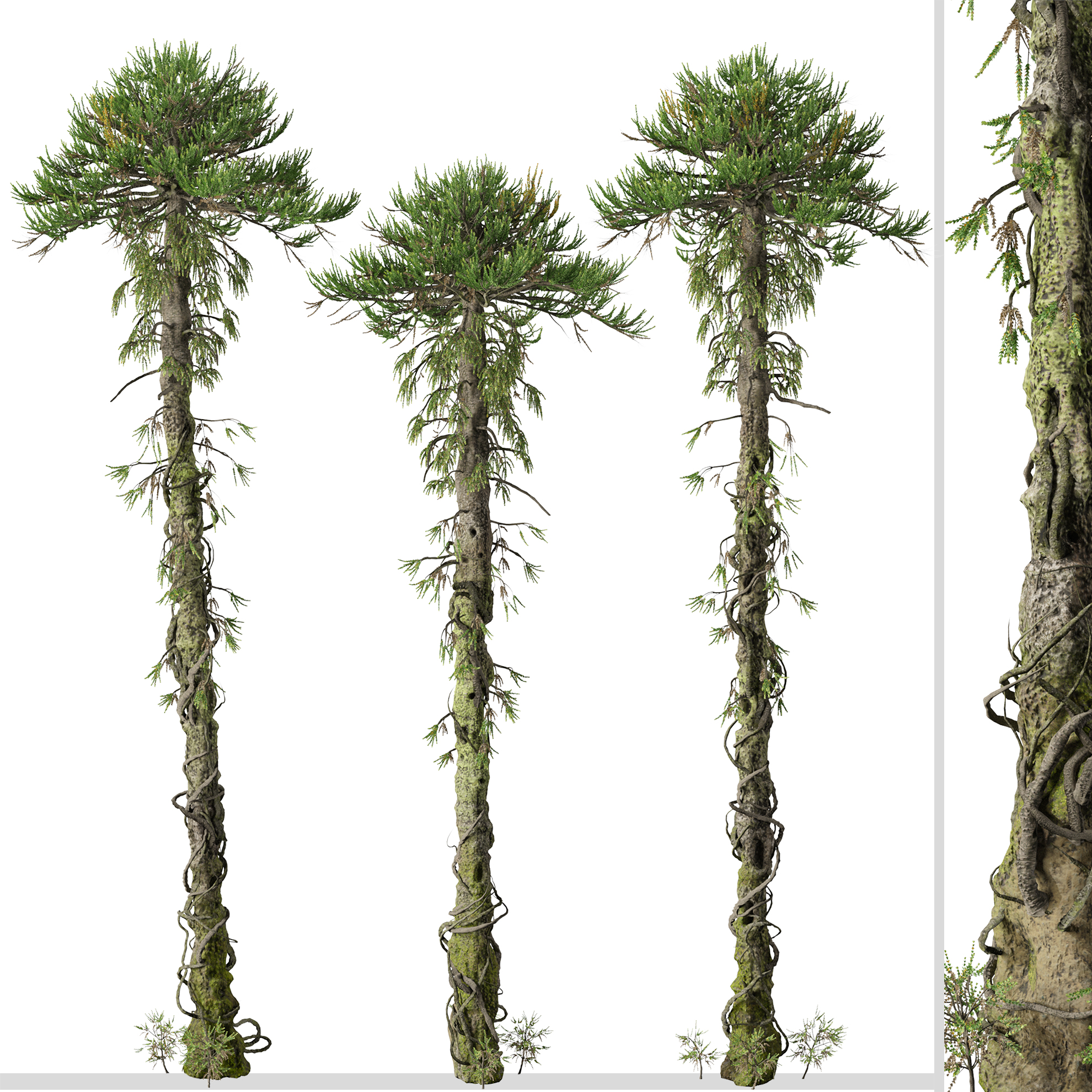 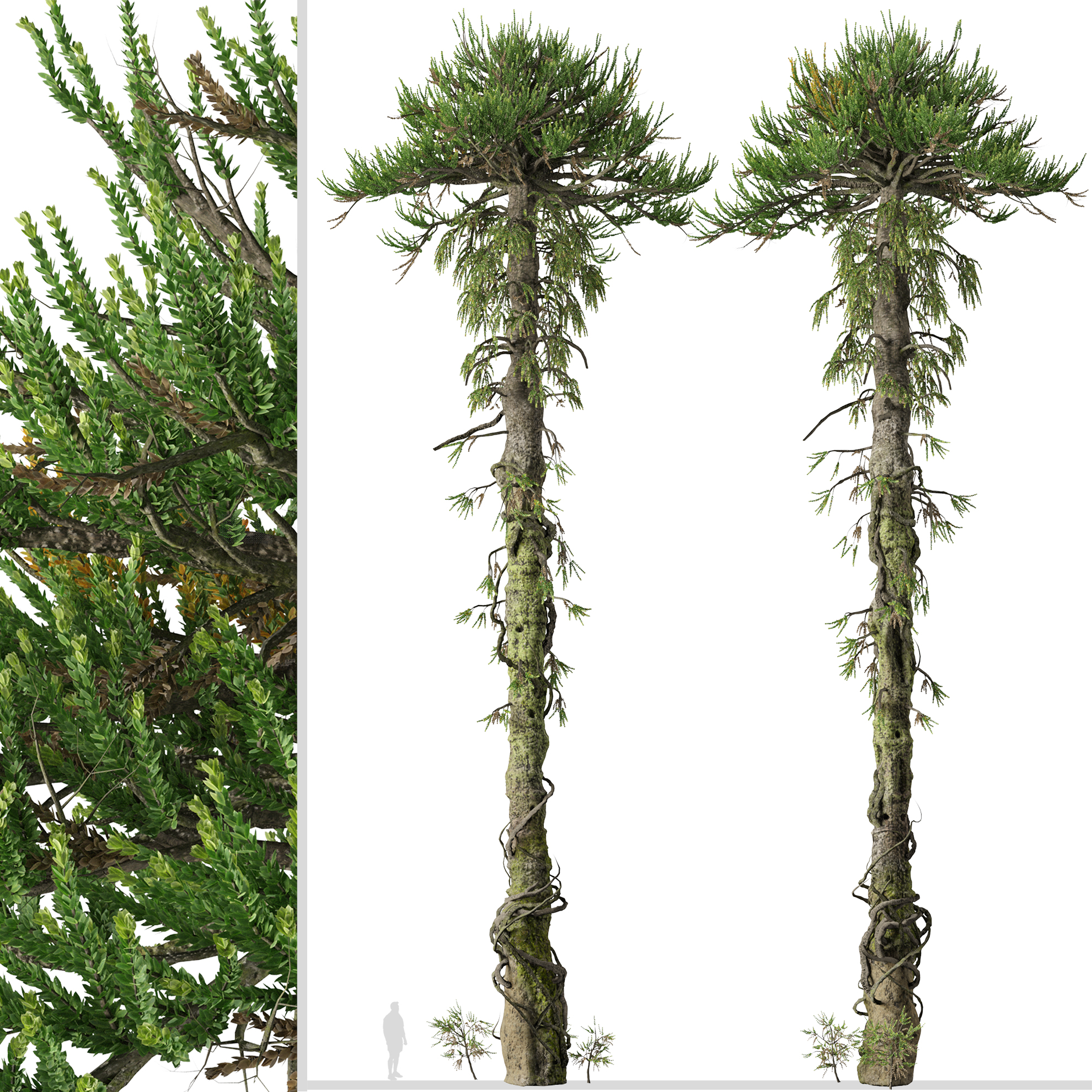 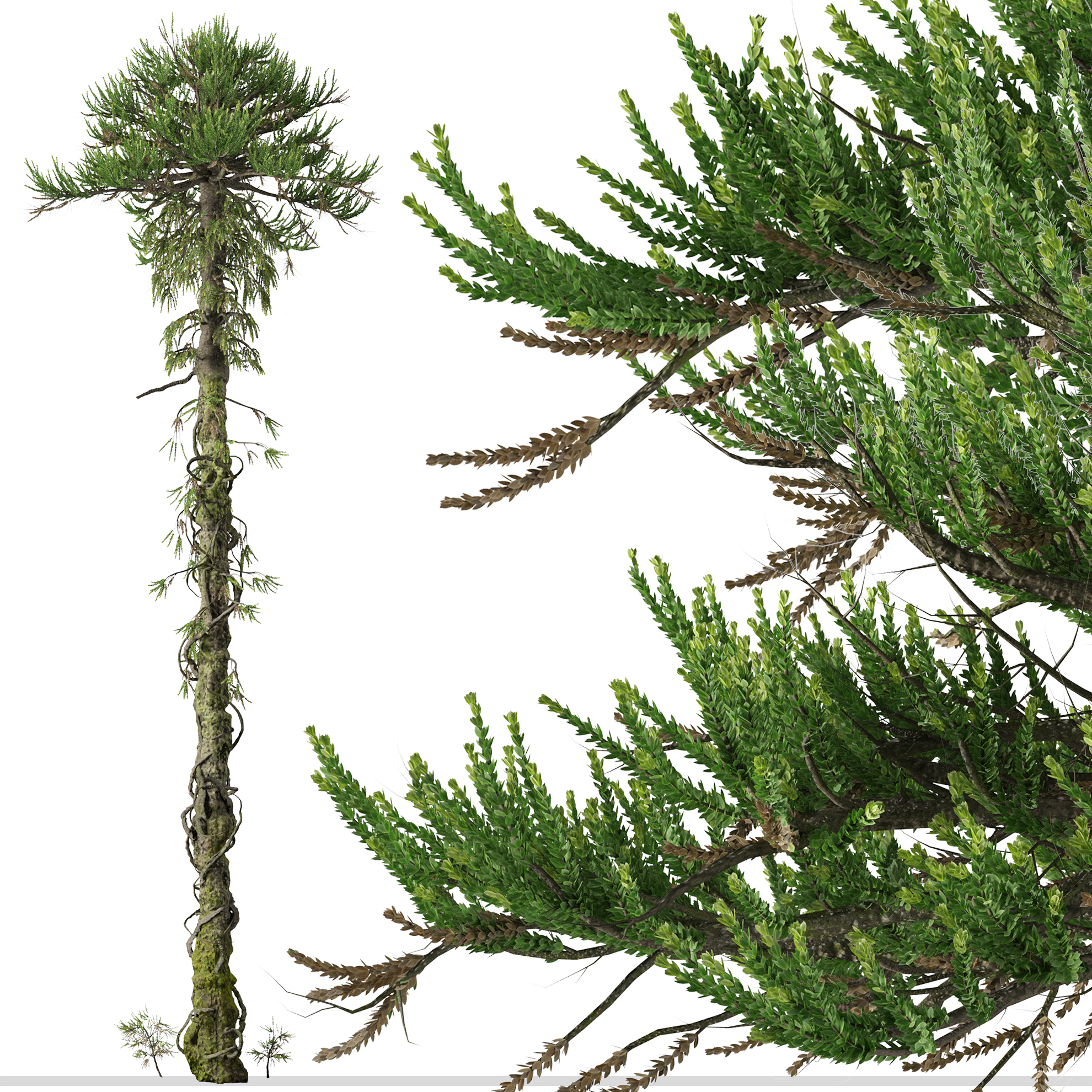 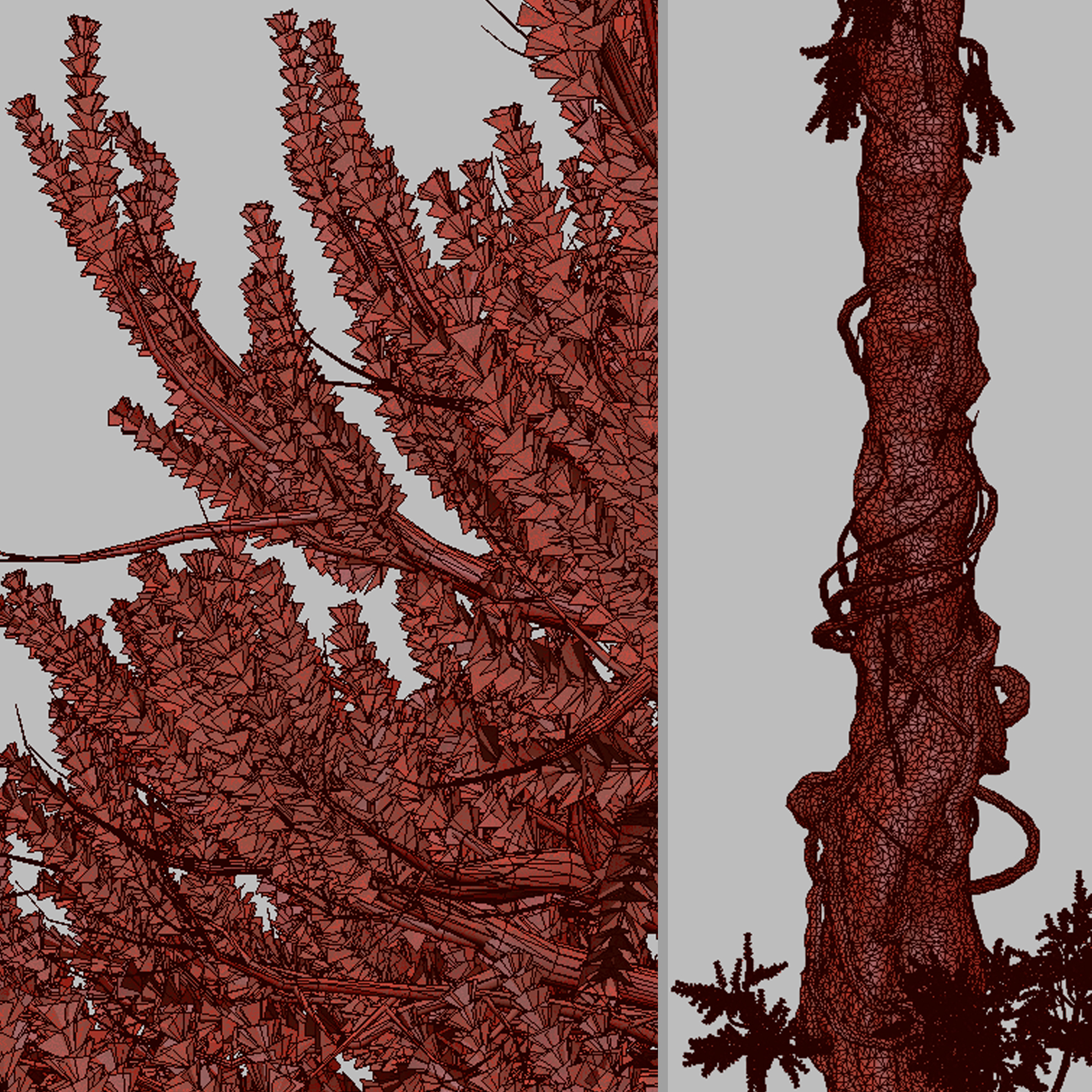 This ancient tree is native to Chile and Argentina, sometimes referred to as Chilean pine, First introduced to Europe in the late 1700 s and prized at the time for its unusual growth habit, There are fossil records dating back to the mid-Mesozoic period approx 180 Million years, Araucaria araucana got its common name Monkey puzzle from the thick spiky leaves covering the entire tree in where it has been stated It would puzzle a monkey to climb that tree. In its native range it is utilized as a very important food crop as the ripe seed can be eaten if roasted.

-Optimzed for Distant and Closeup Views 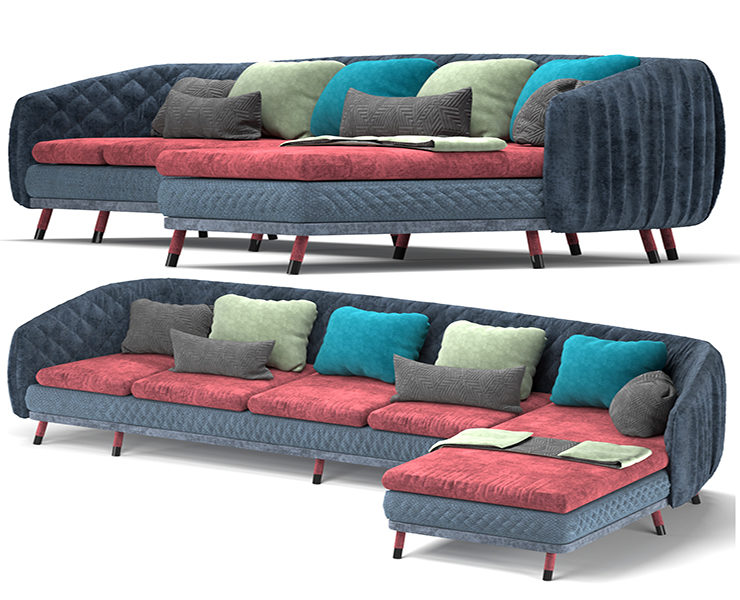 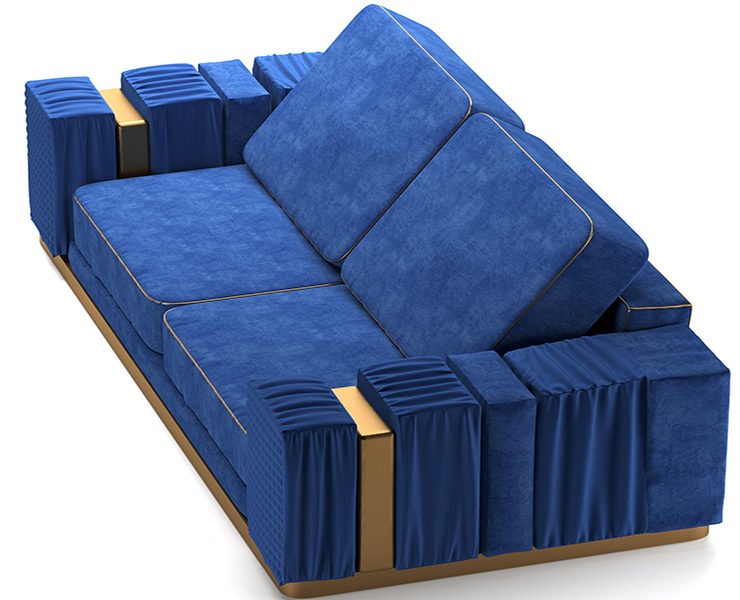 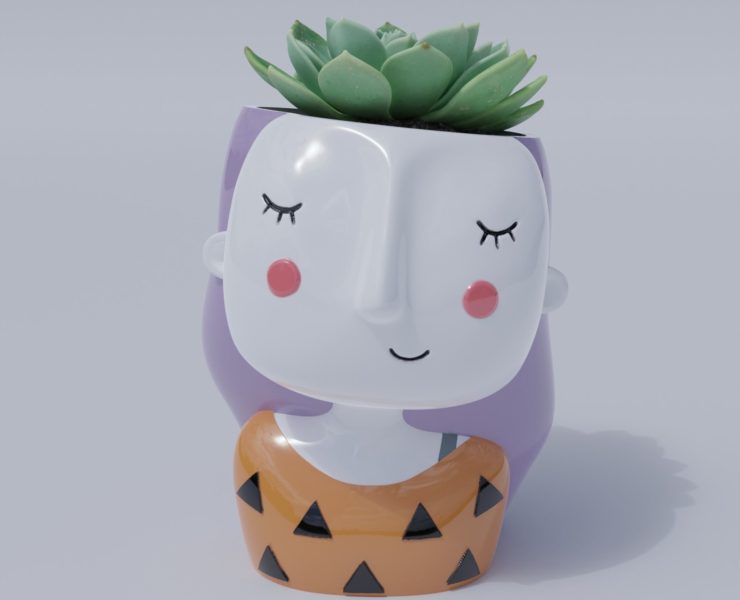