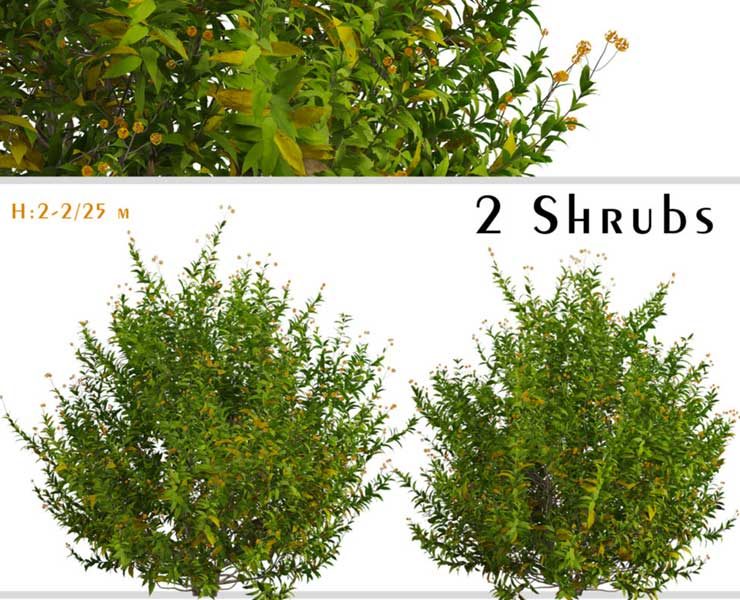 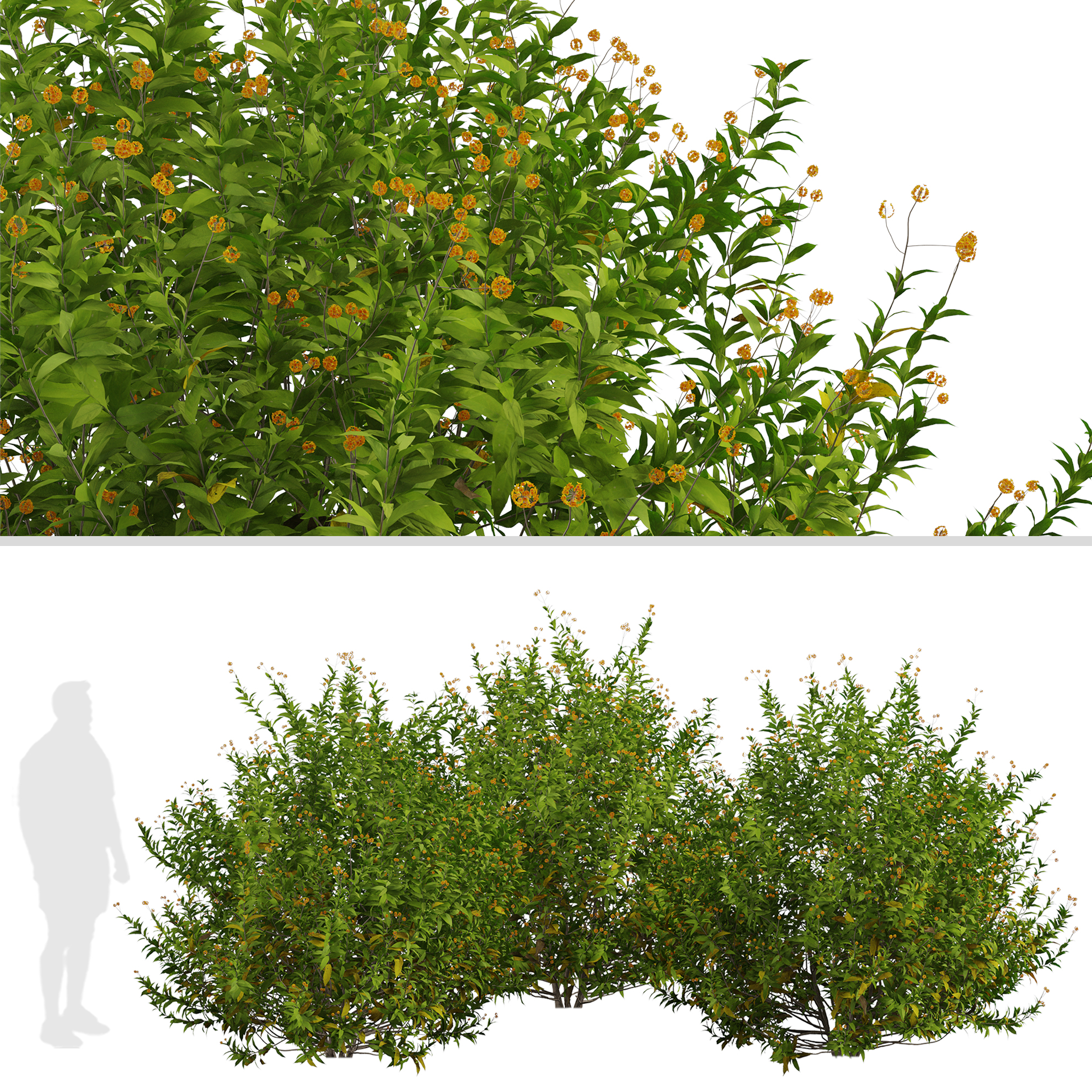 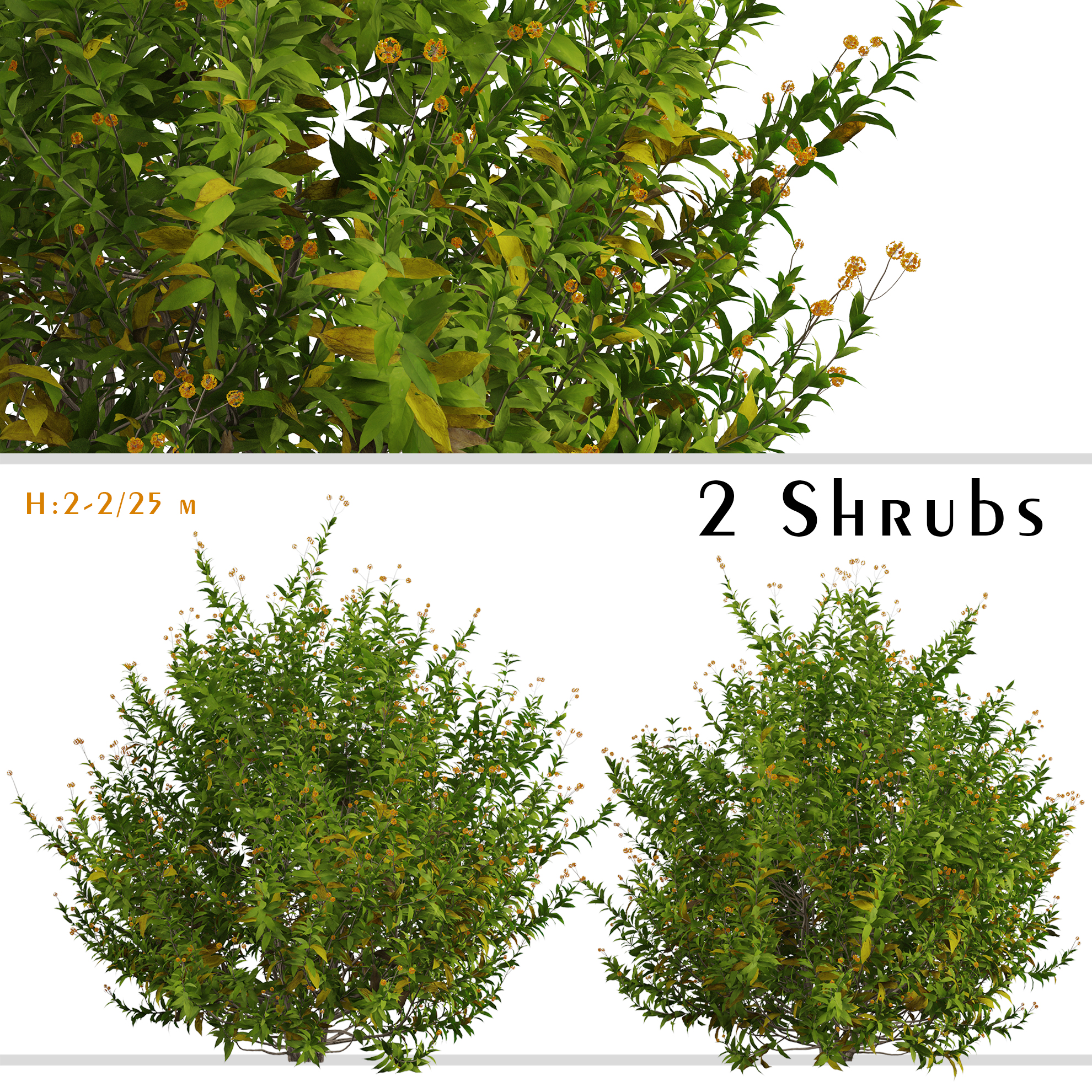 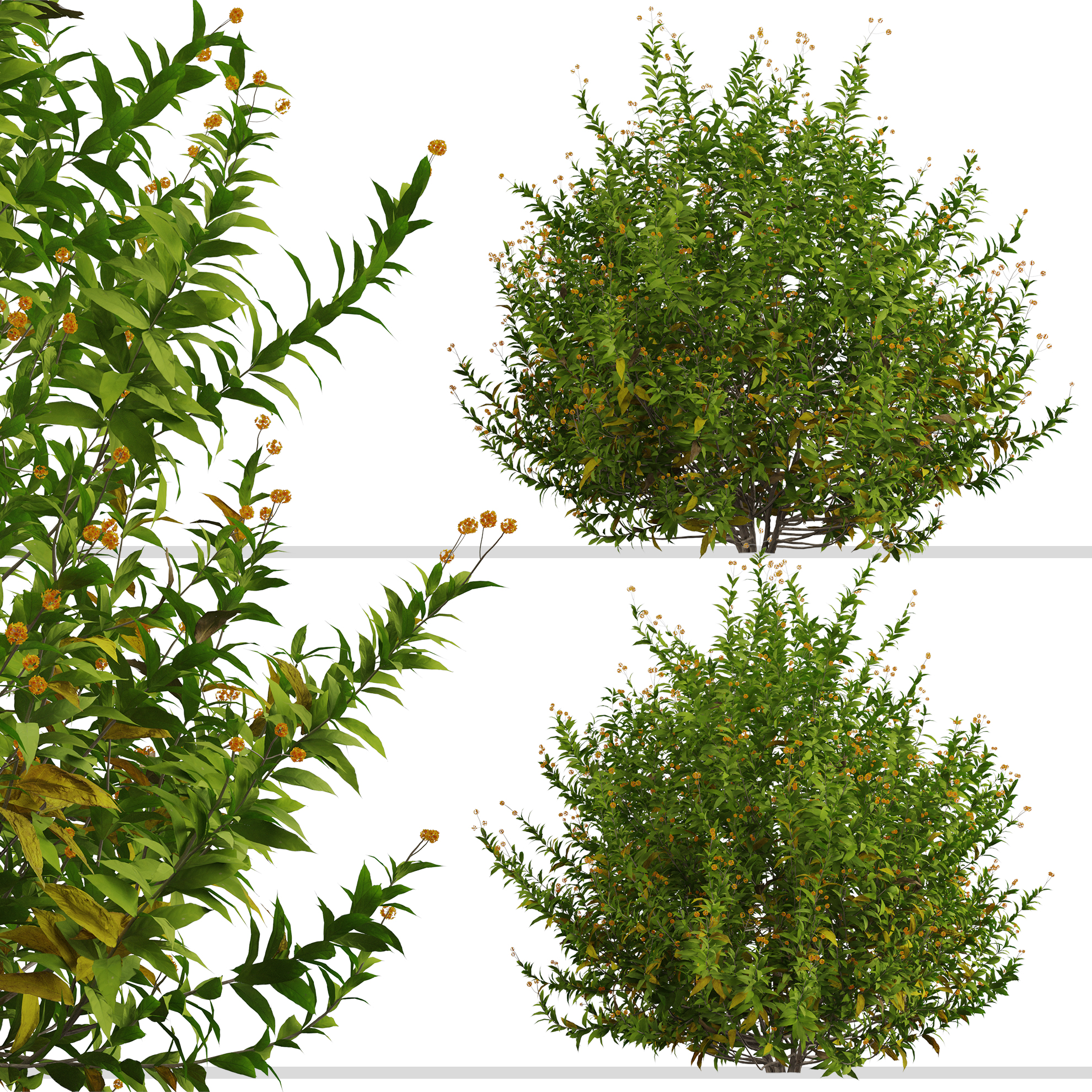 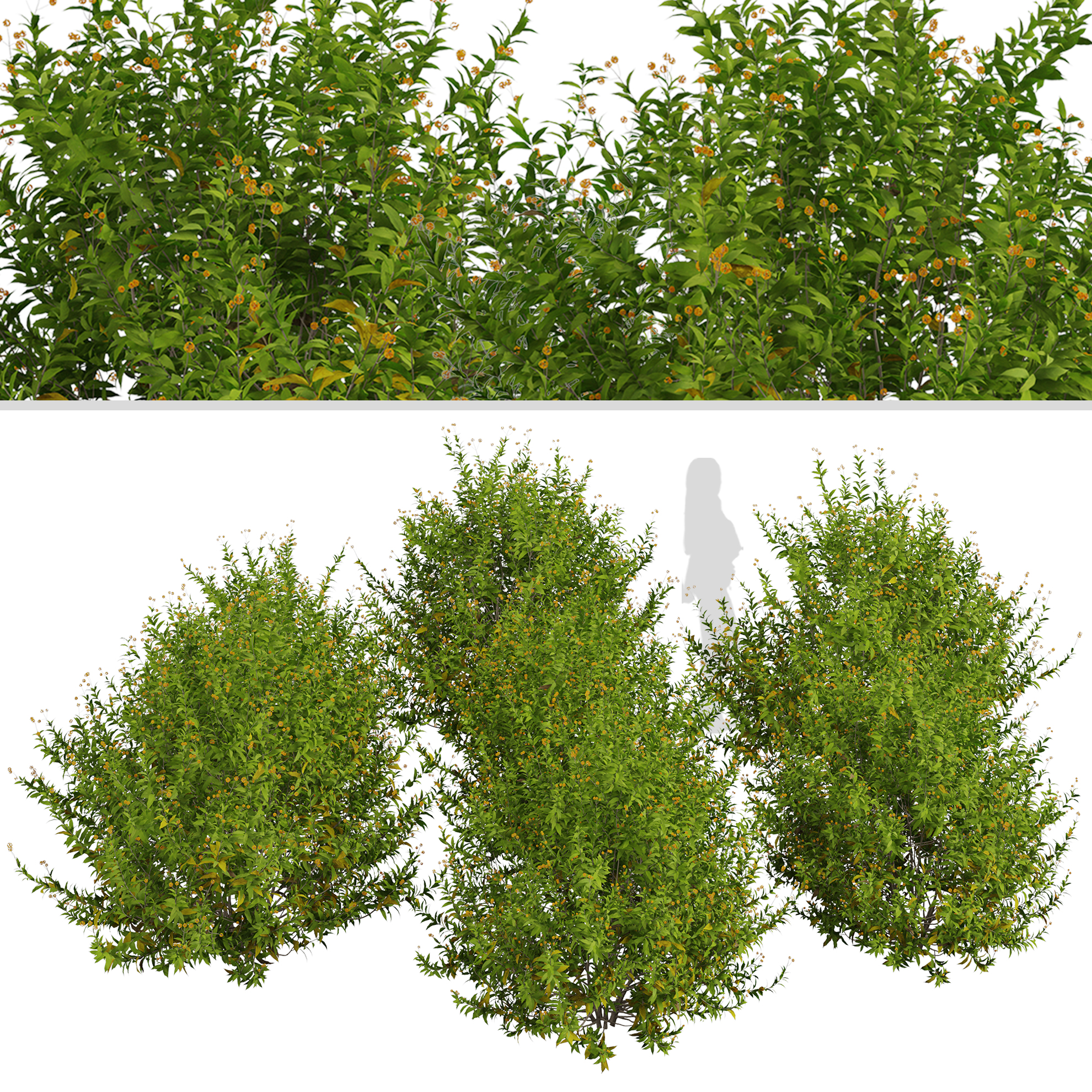 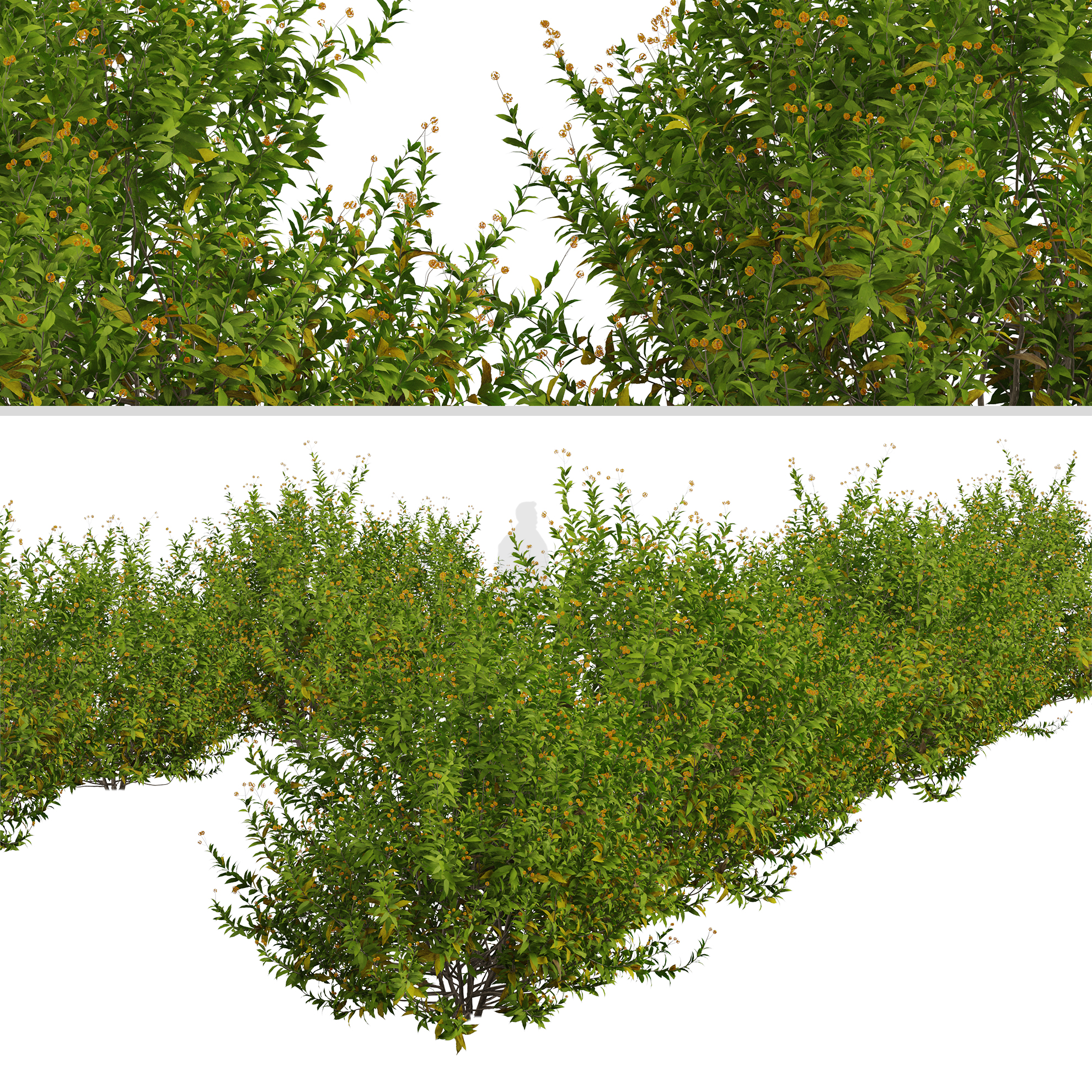 2 different Buddleja Globosa Shrubs in the scene. Buddleja globosa, also known as the orange-ball-tree, orange ball buddleja, and matico is a species of flowering plant endemic to Chile and Argentina, where it grows in dry and moist forest, from sea level to 2,000 m. In the landscape, it prefers to be planted in the full sun in loamy, moist, fertile, well-drained soil. Its striking orange flowers appear on the previous season’s growth and the nectar attracts butterflies. This plant is drought-tolerant. To maintain an attractive shape prune it after flowering. Polygons (Total number of 2 Shrubs): 1,738,719 Verts (Total number of 2 Shrubs): 1,378,326 Buddleja Globosa1: 2 m Buddleja Globosa2: 2/25 m In the archive: 3ds max (V-ray-2014), FBX and … * Features: – Optimized for Distant and Closeup Views – Clean Topology – Unwrapped Overlapping – Real-World Scale – Transformed into zero – Objects Named – Materials Named – Units: Centimeters Have a good one!