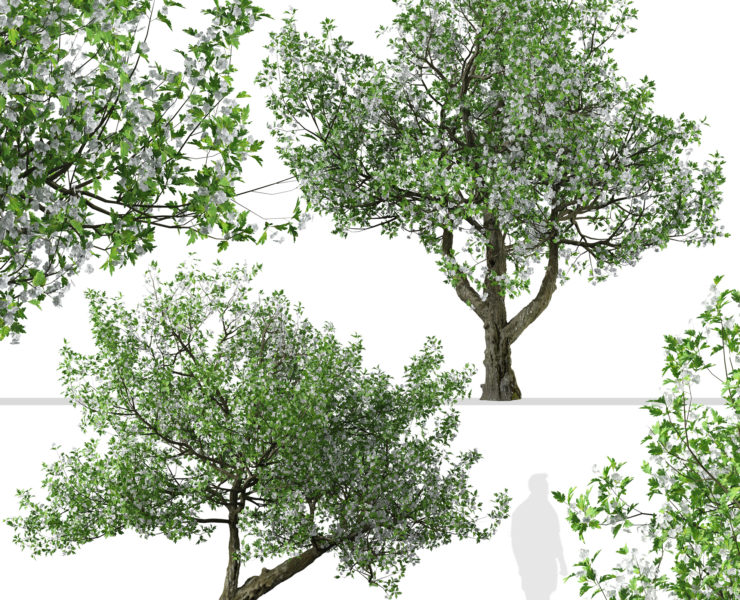 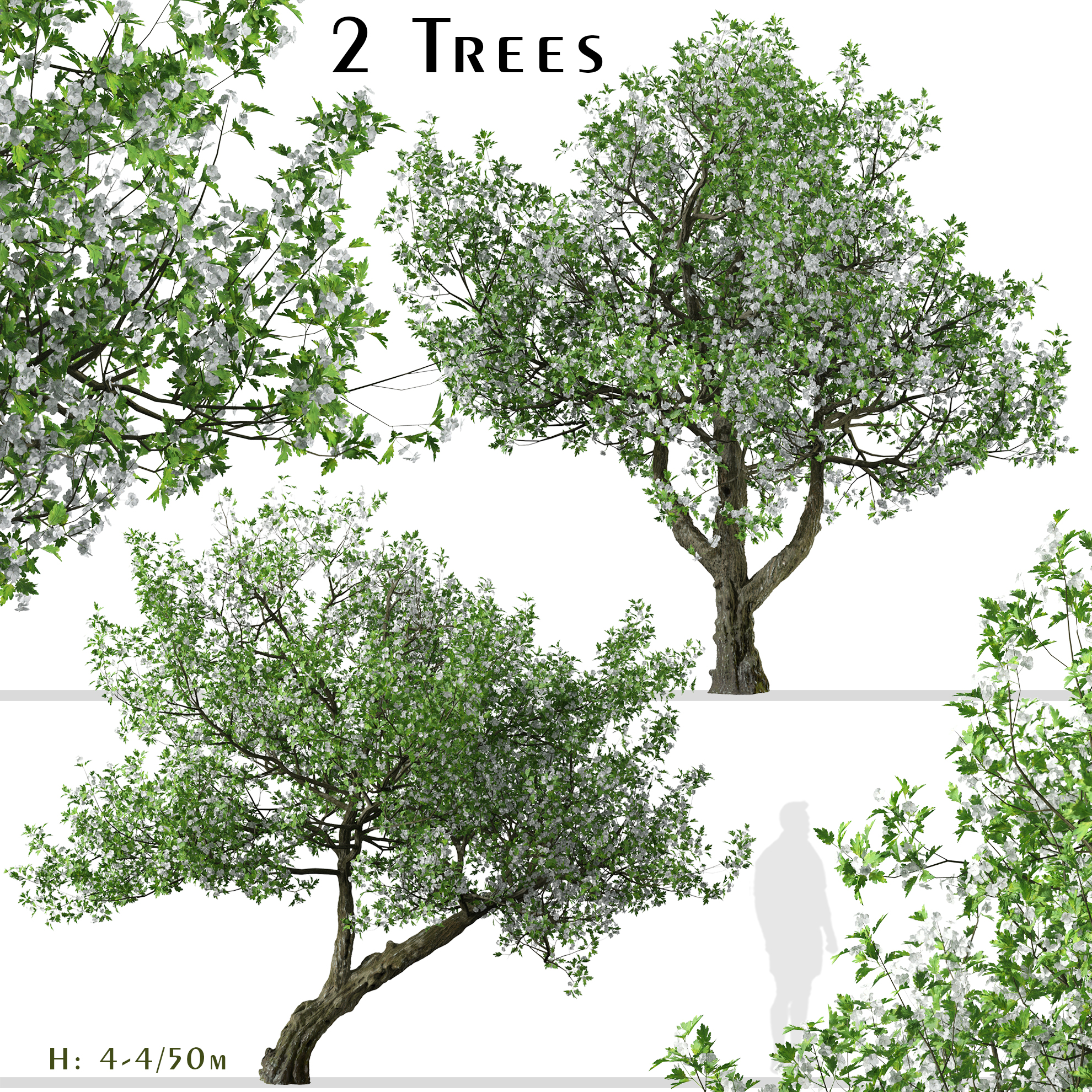 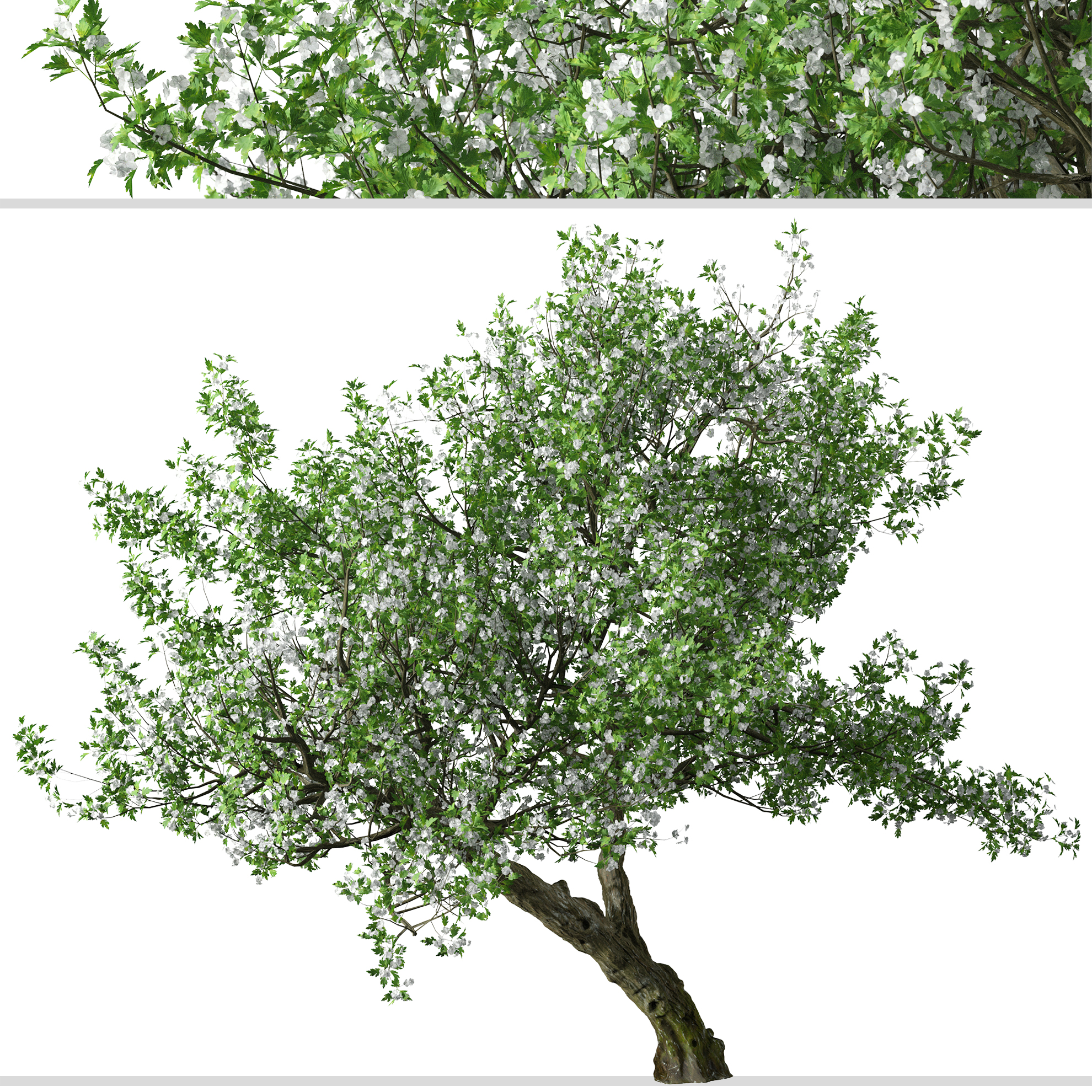 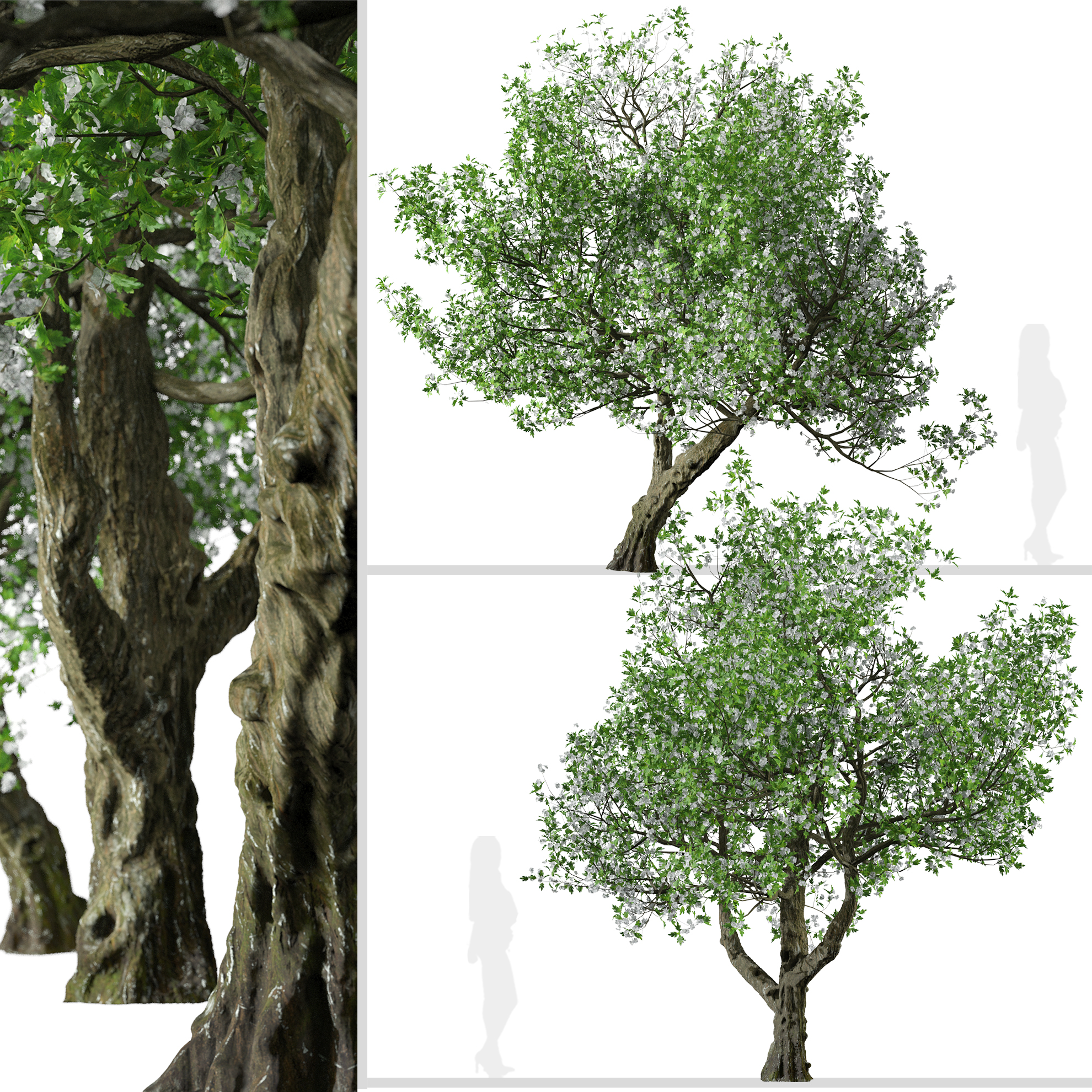 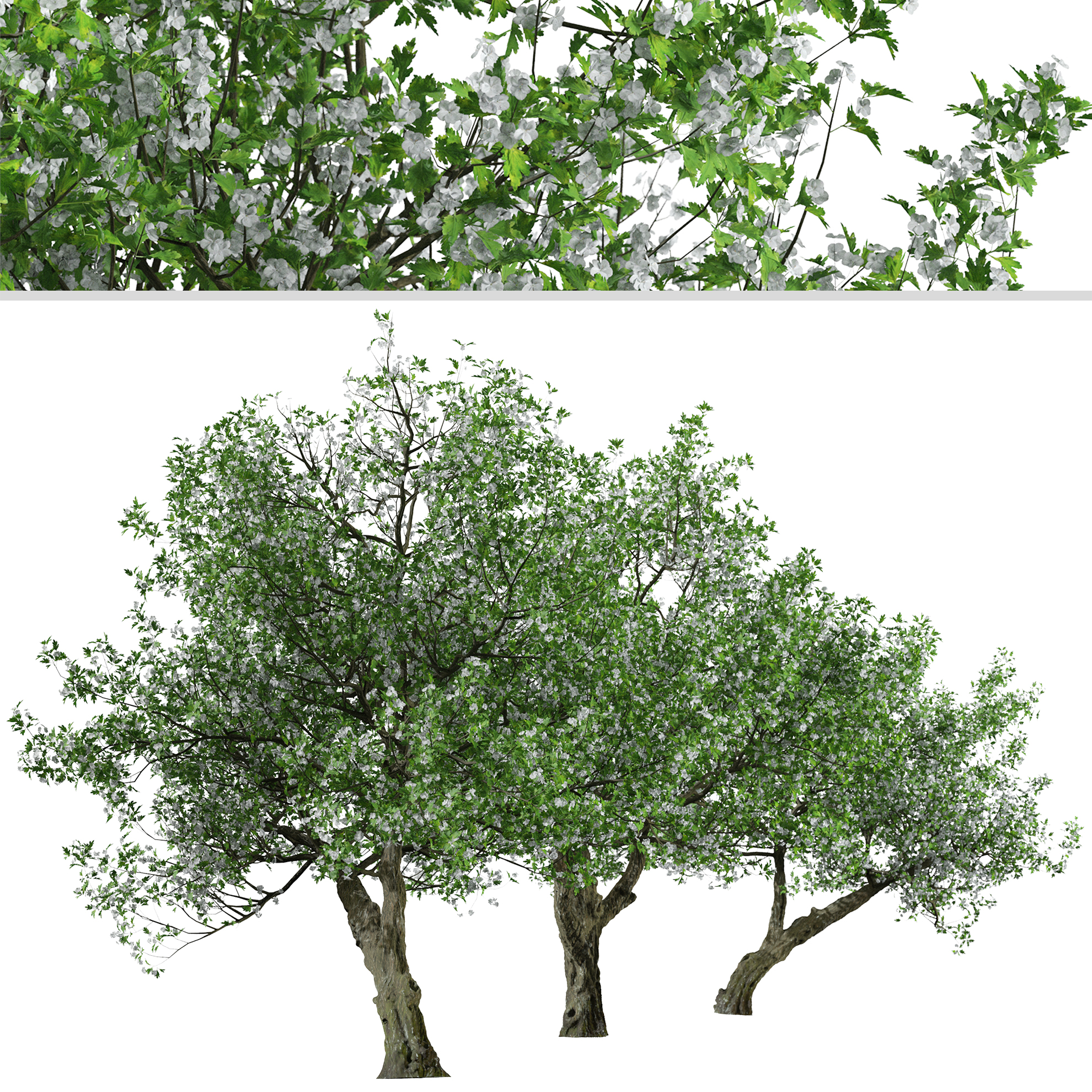 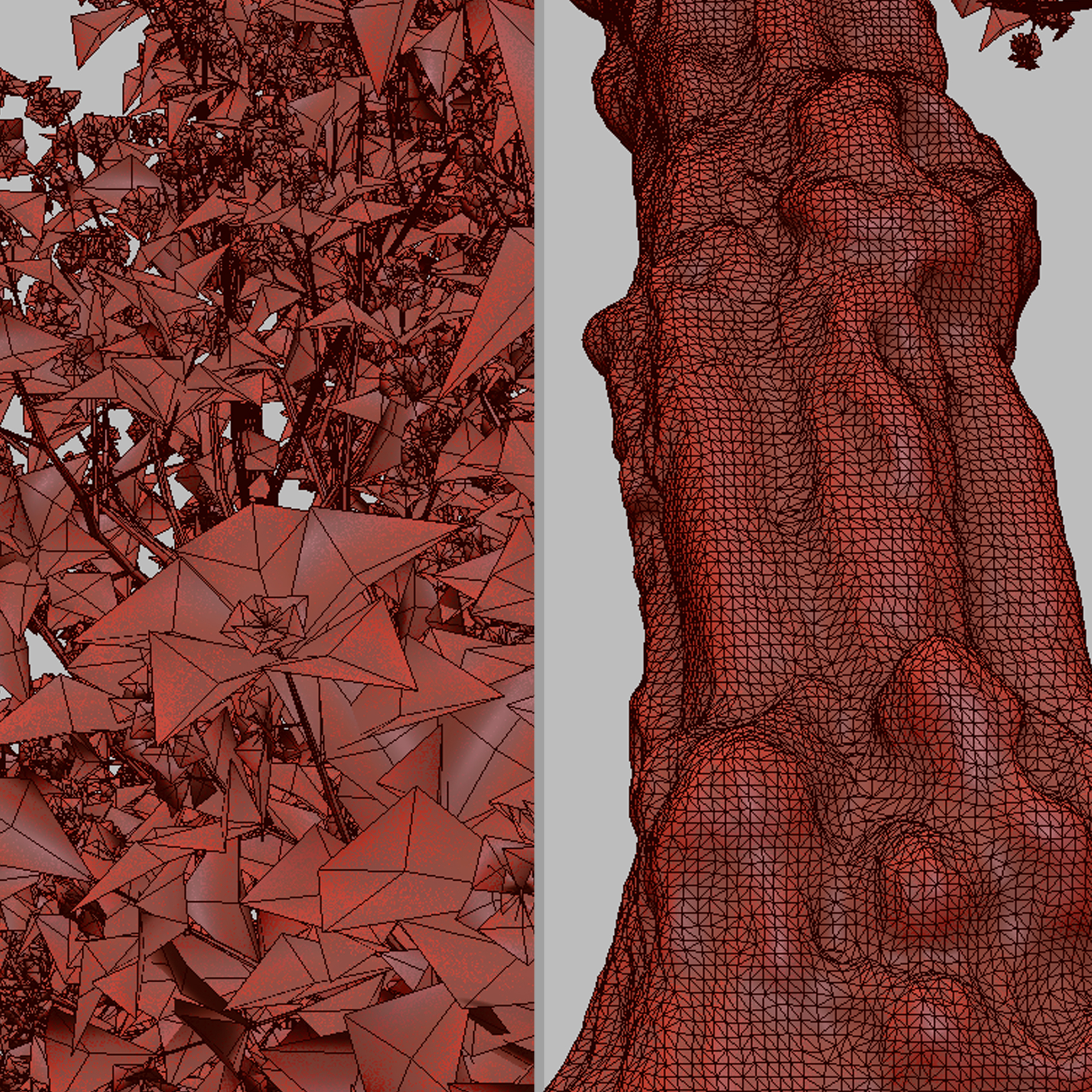 2 different Crataegus monogyna trees in the scene.
Crataegus monogyna, known as common hawthorn, oneseed hawthorn, or single-seeded hawthorn, is a species of flowering plant in the rose family Rosaceae. It is native to Europe, northwest Africa and West Asia but has been introduced in many other parts of the world. It is a shrub or small tree 5-14 meters (15 to 45 feet) tall, with a dense crown. The bark is dull brown. Other common names of this plant include may, mayblossom, maythorn, quickthorn, whitethorn, motherdie, and haw.
Polygons (Total number of scene): 2,129,243
Verts (Total number of scene): 2,213,711
Crataegus monogyna1: 4 m
Crataegus monogyna2: 4/50 m
In the archive: 3ds max (V-ray-2014), FBX and …
* Features:
– Optimized for Distant and Closeup Views
– Clean Topology
– Unwrapped Overlapping
– Real-World Scale
– Transformed into zero
– Objects Named
– Materials Named
– Units: Centimeters