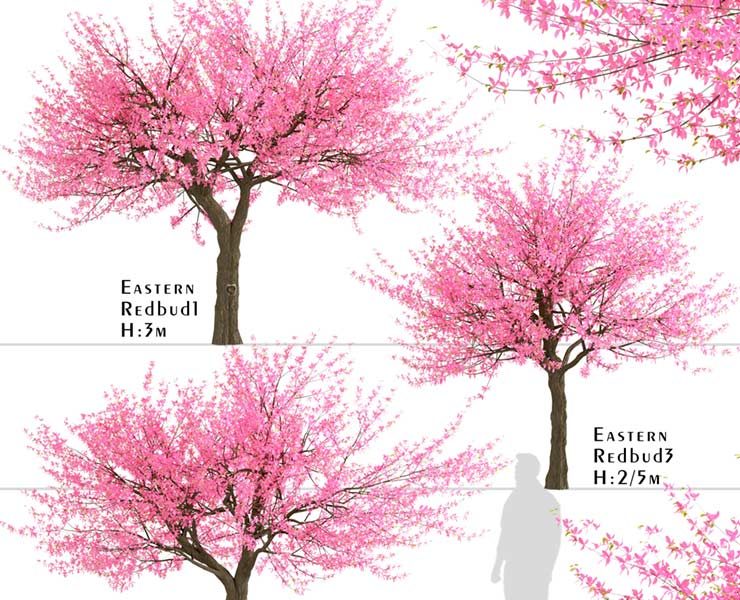 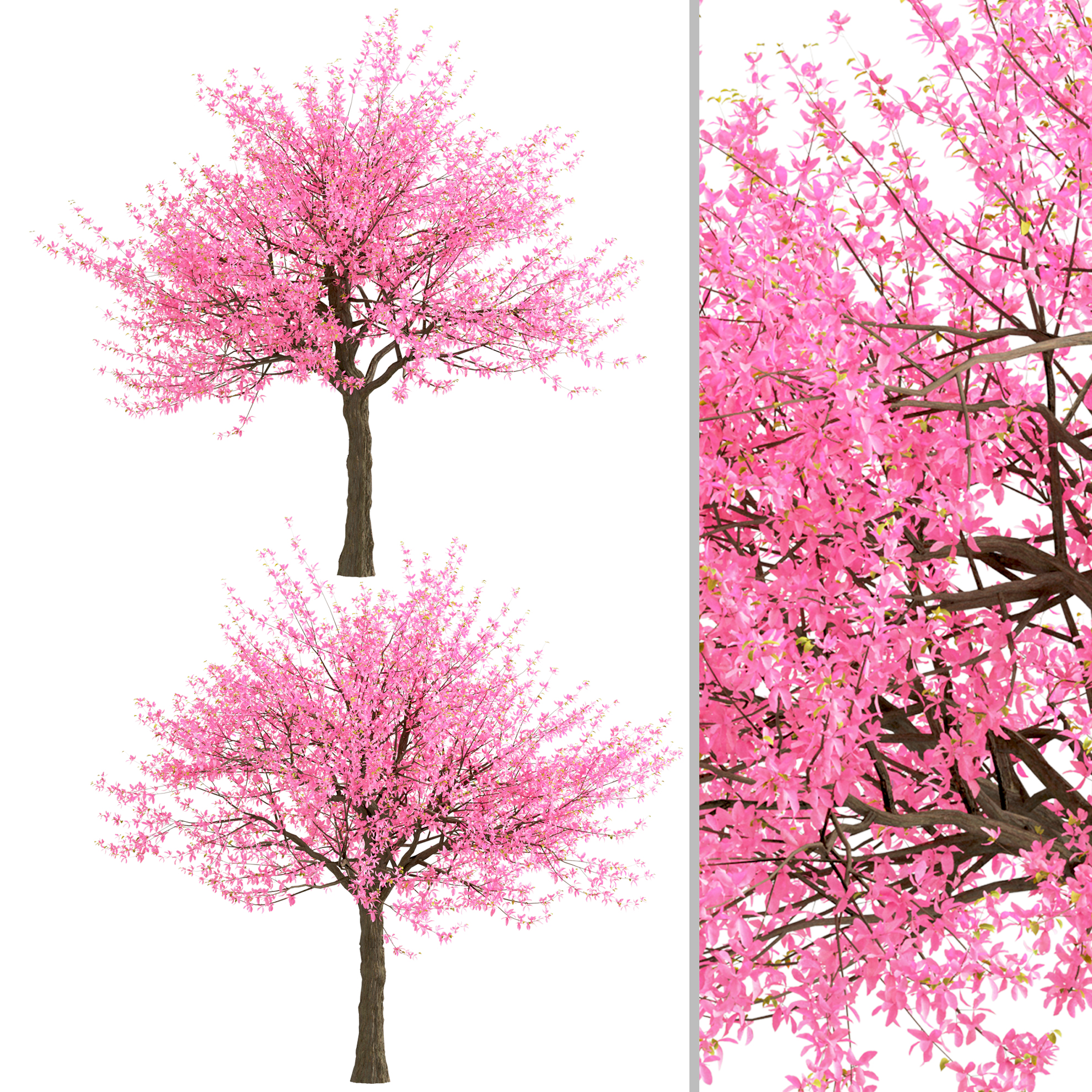 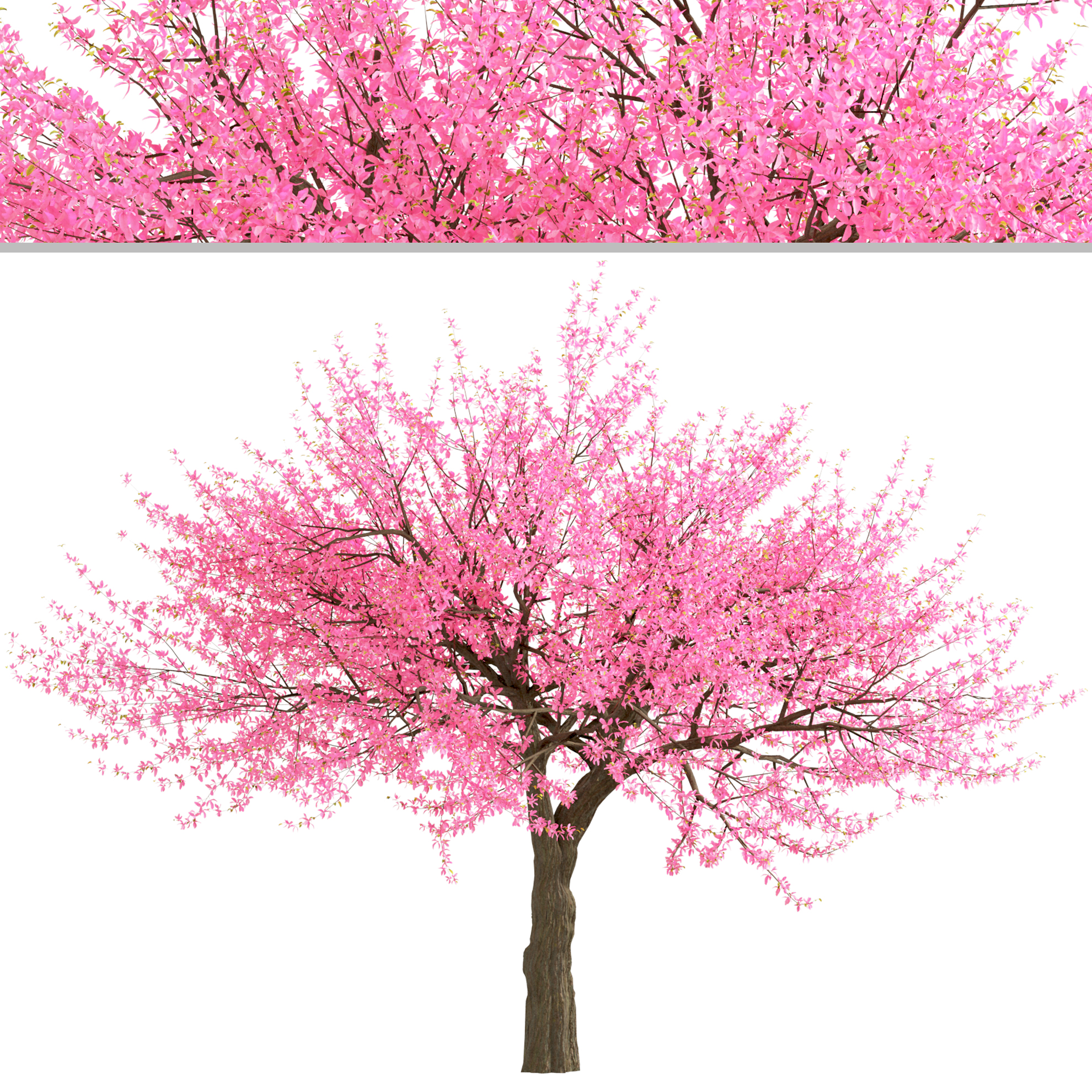 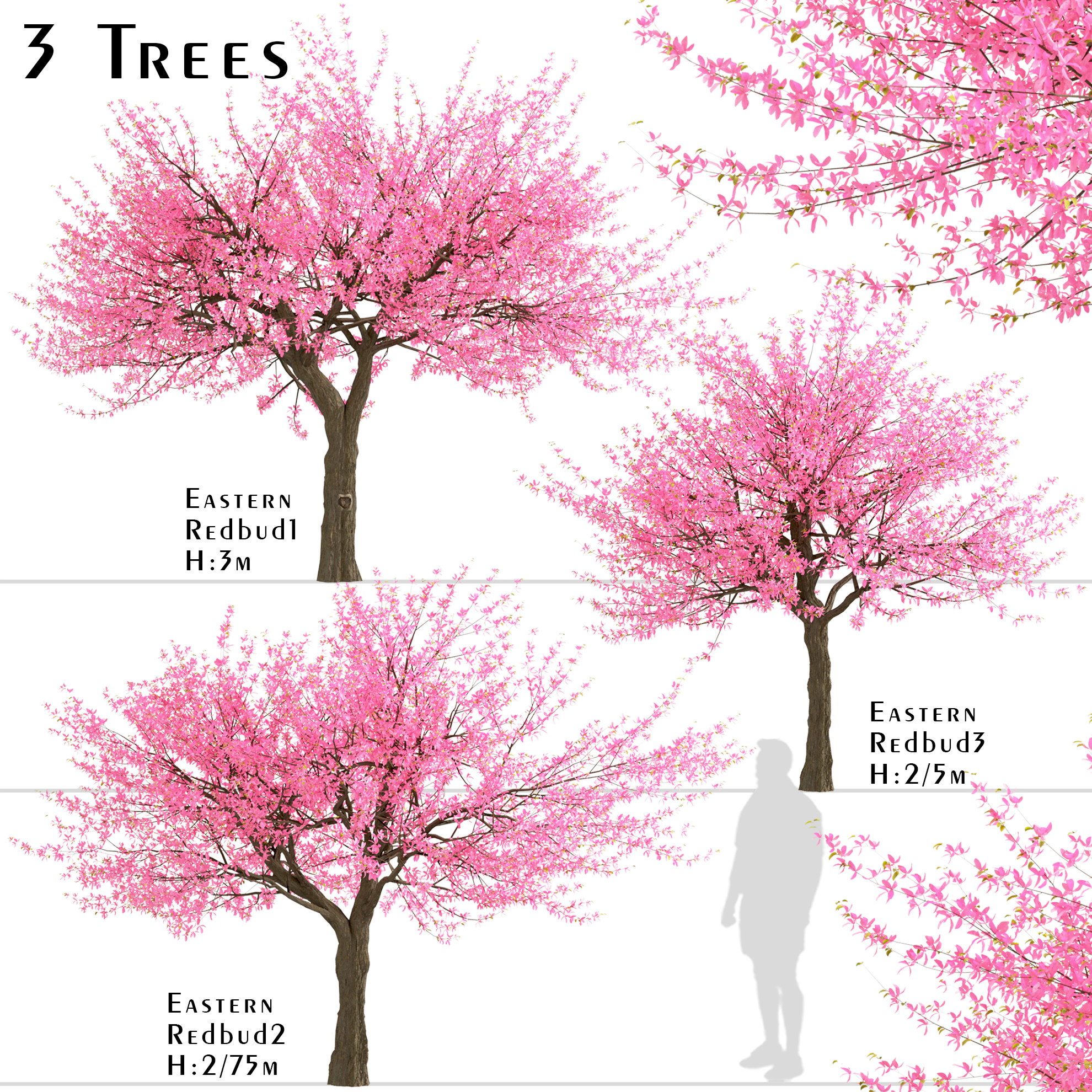 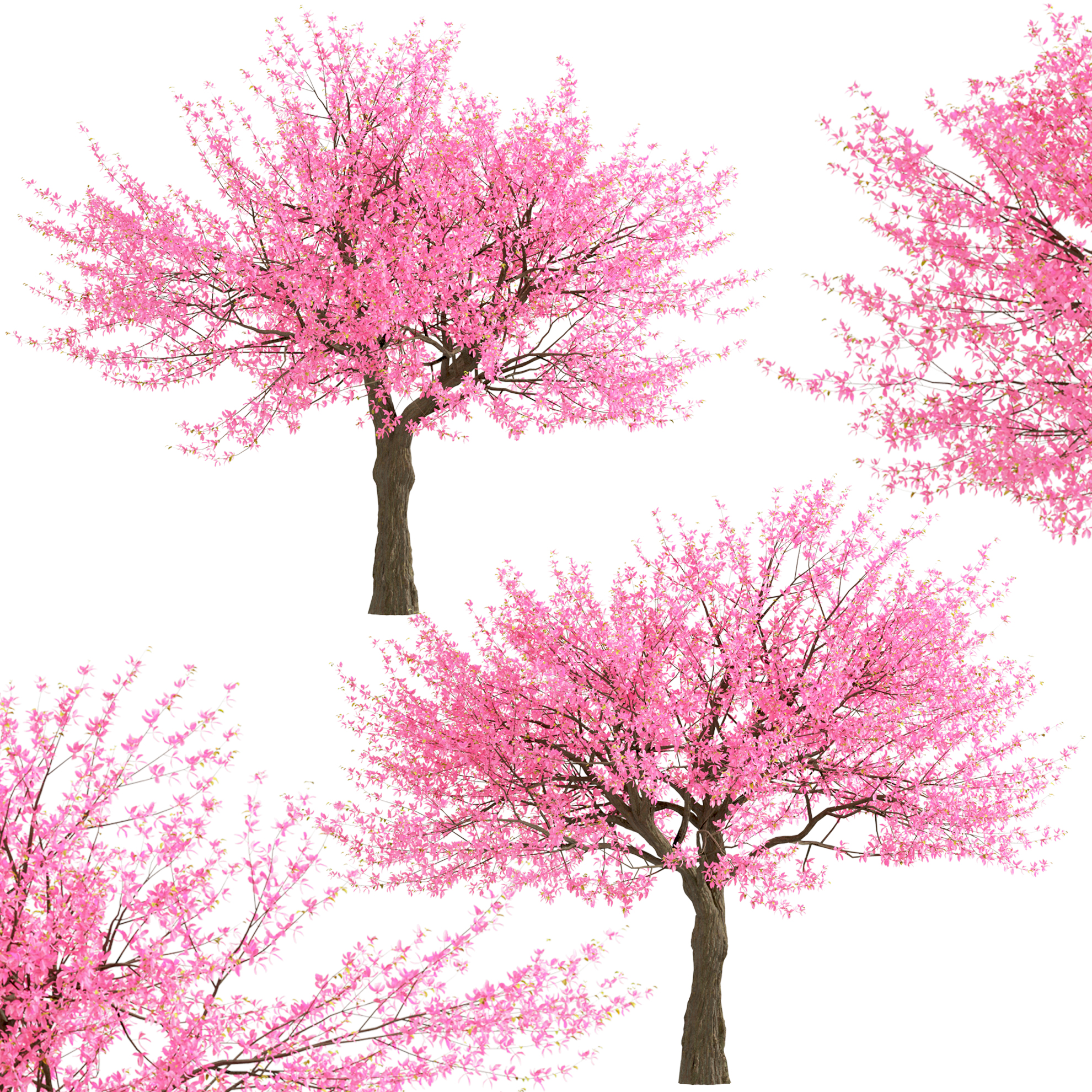 3 different Eastern redbud trees in the scene.
Cercis canadensis, the eastern redbud, is a large deciduous shrub or small tree, native to eastern North America from southern Michigan south to central Mexico but able to thrive as far west as California and as far north as Boston and southern Ontario. Eastern redbud is excellent with spring-flowering bulbs such as daffodils and tulips that are in bloom at the same time. It fits well into small gardens or tight spaces and doesnt intrude on hardscapes with invasive roots. Redbud does well in parking lots or as a street or sidewalk tree and can grow in raised planters or large containers.
Polygons (Total number of 3 trees): 2,325,207
Verts (Total number of 3 trees): 1,918,451
Eastern redbud1: 3 m
Eastern redbud2: 2/75 m
Eastern redbud3: 2/5 m
In the archive: 3ds max (V-ray-2014), FBX and …
* Features:
– Optimized for Distant and Closeup Views
– Clean Topology
– Unwrapped Overlapping
– Real-World Scale
– Transformed into zero
– Objects Named
– Materials Named
– Units: Centimeters