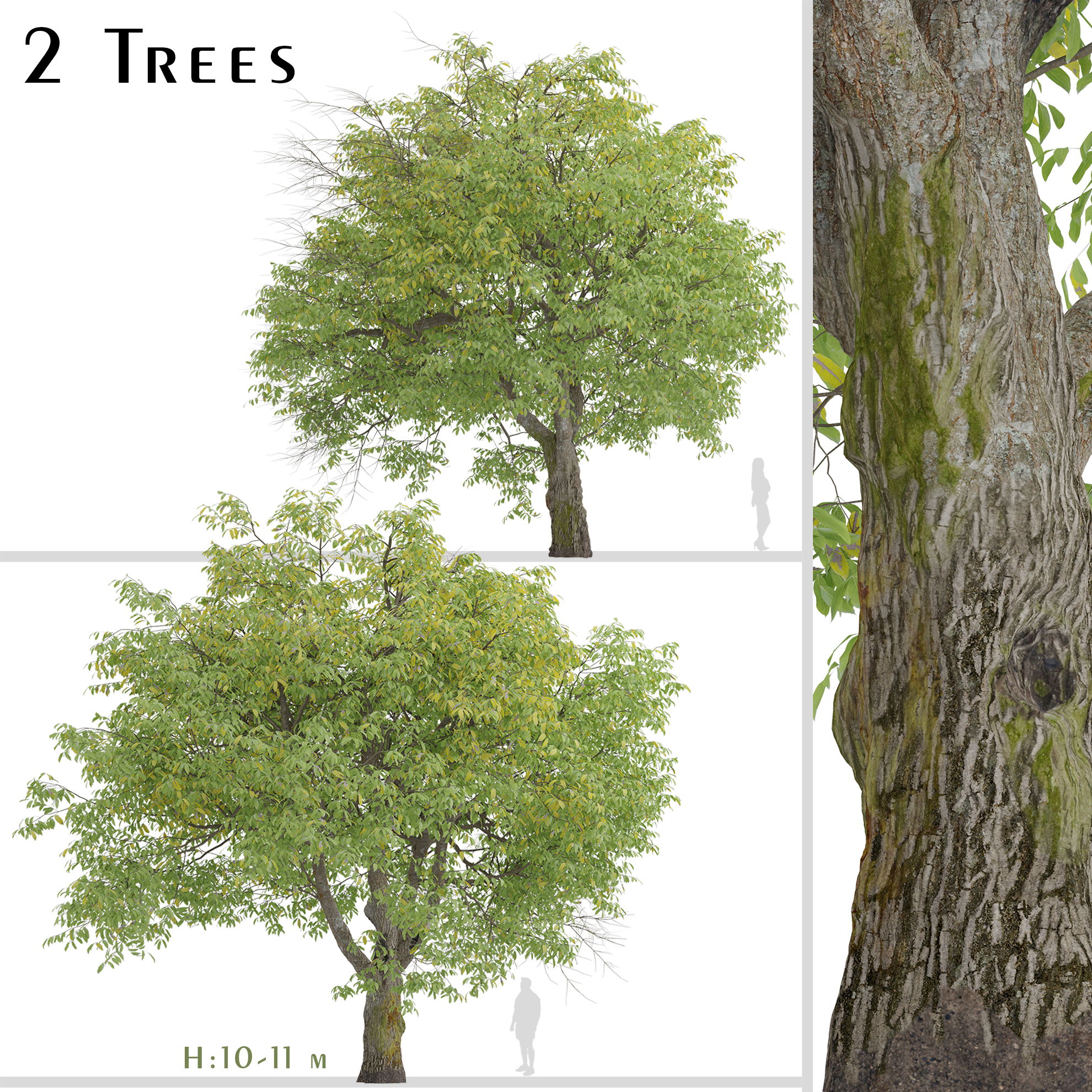 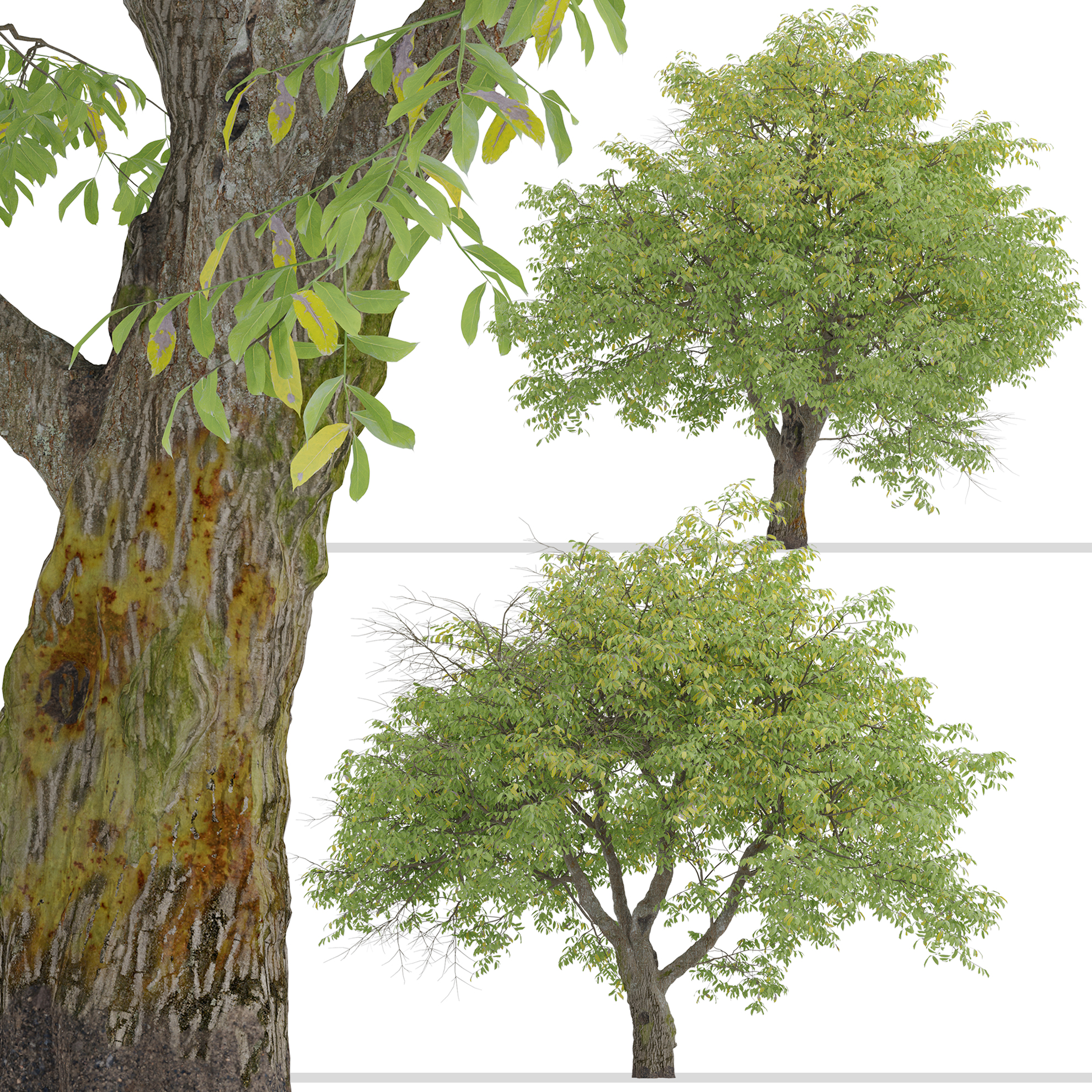 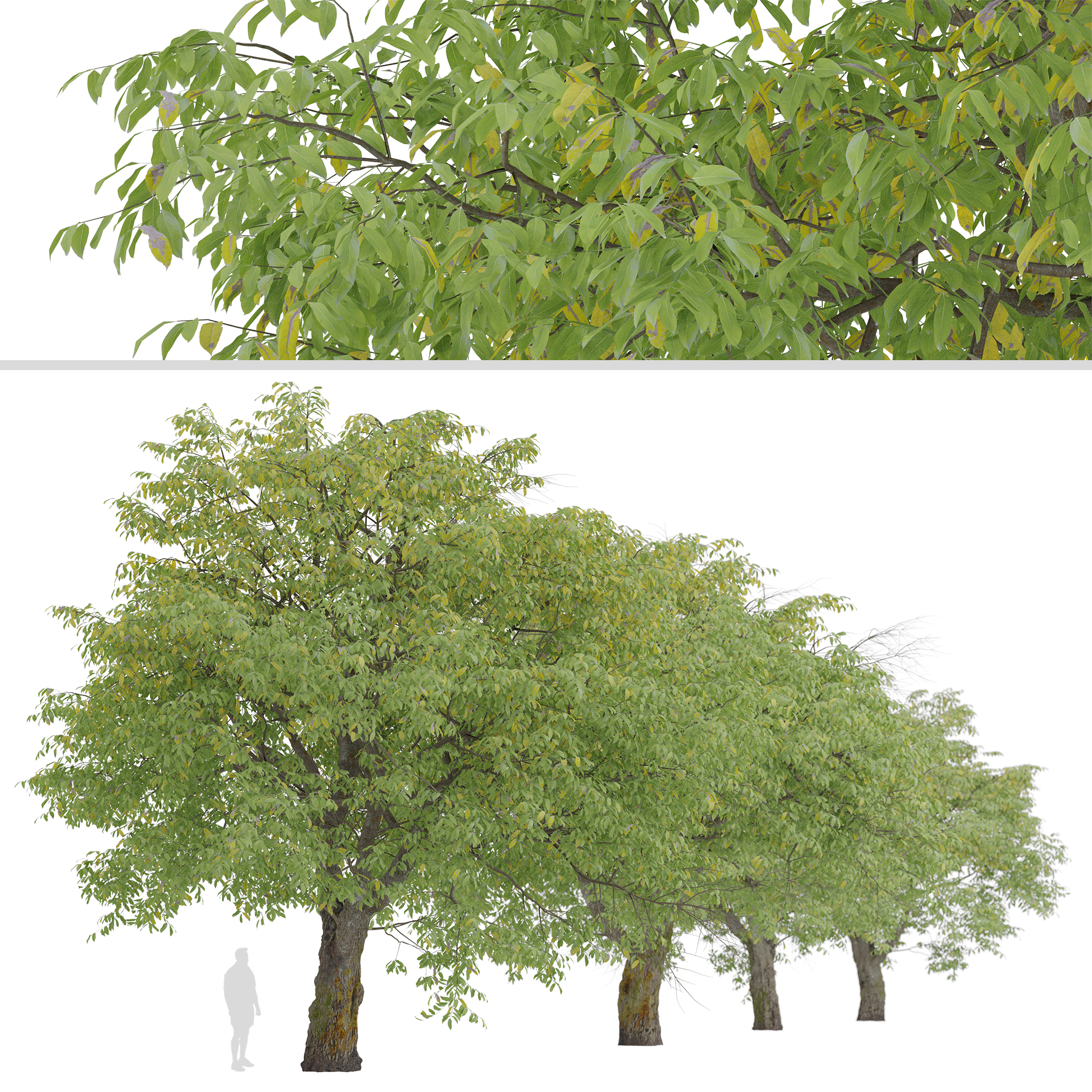 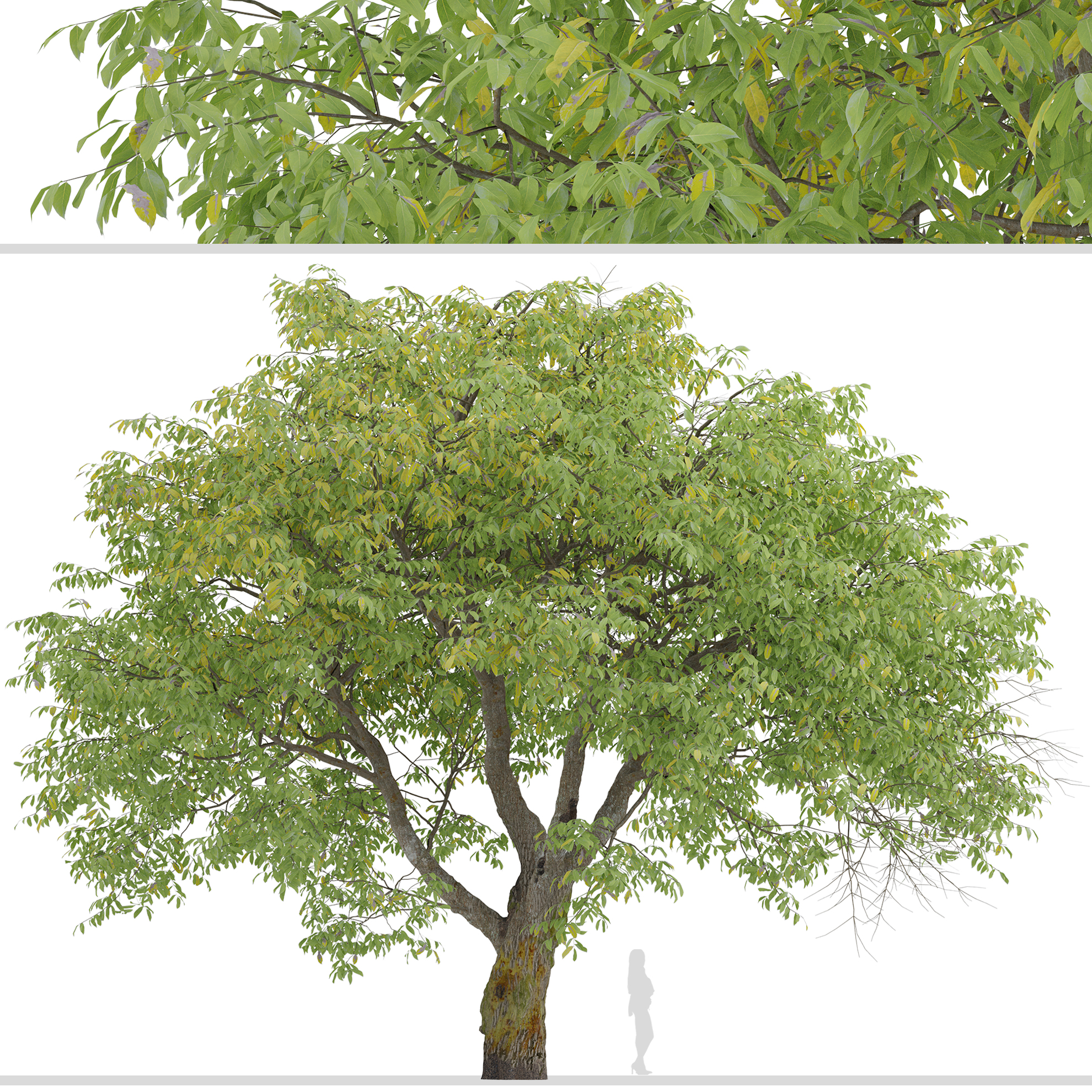 2 different English Walnut trees in the scene. Juglans regia, the Persian walnut, English walnut, Carpathian walnut, Madeira walnut, or especially in Great Britain, common walnut, is an Old World walnut tree species native to the region stretching from the Balkans eastward to the Himalayas and southwest China. It is widely cultivated across Europe. Juglans regia is a large deciduous tree, attaining heights of 25–35 m (80 to 120 ft), and a trunk up to 2 m (6 ft) in diameter, commonly with a short trunk and broad crown, though taller and narrower in dense forest competition. Polygons (Total number of scene): 2,336,639 Verts (Total number of scene): 1,703,016 English Walnut1: 11 m English Walnut2: 10 m In the archive: 3ds max (V-ray-2014), FBX and … * Features: – Optimized for Distant and Closeup Views – Clean Topology – Unwrapped Overlapping – Real-World Scale – Transformed into zero – Objects Named – Materials Named – Units: Centimeters Have a good one!