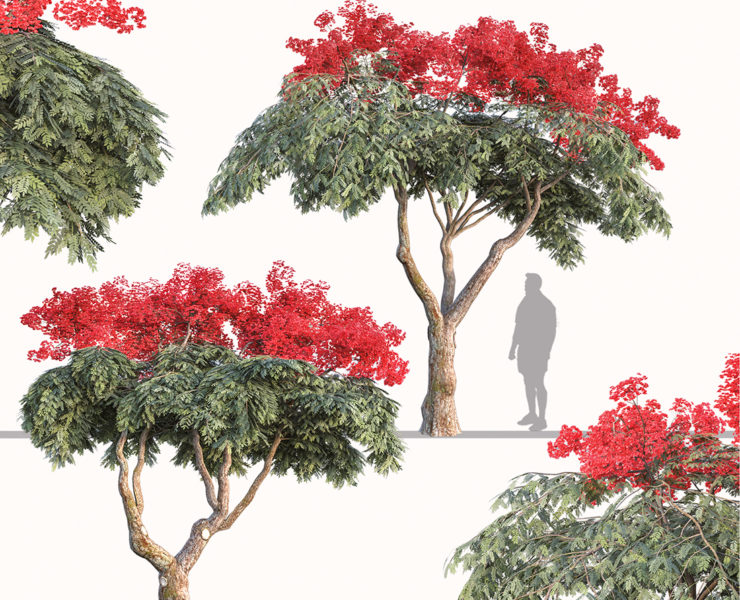 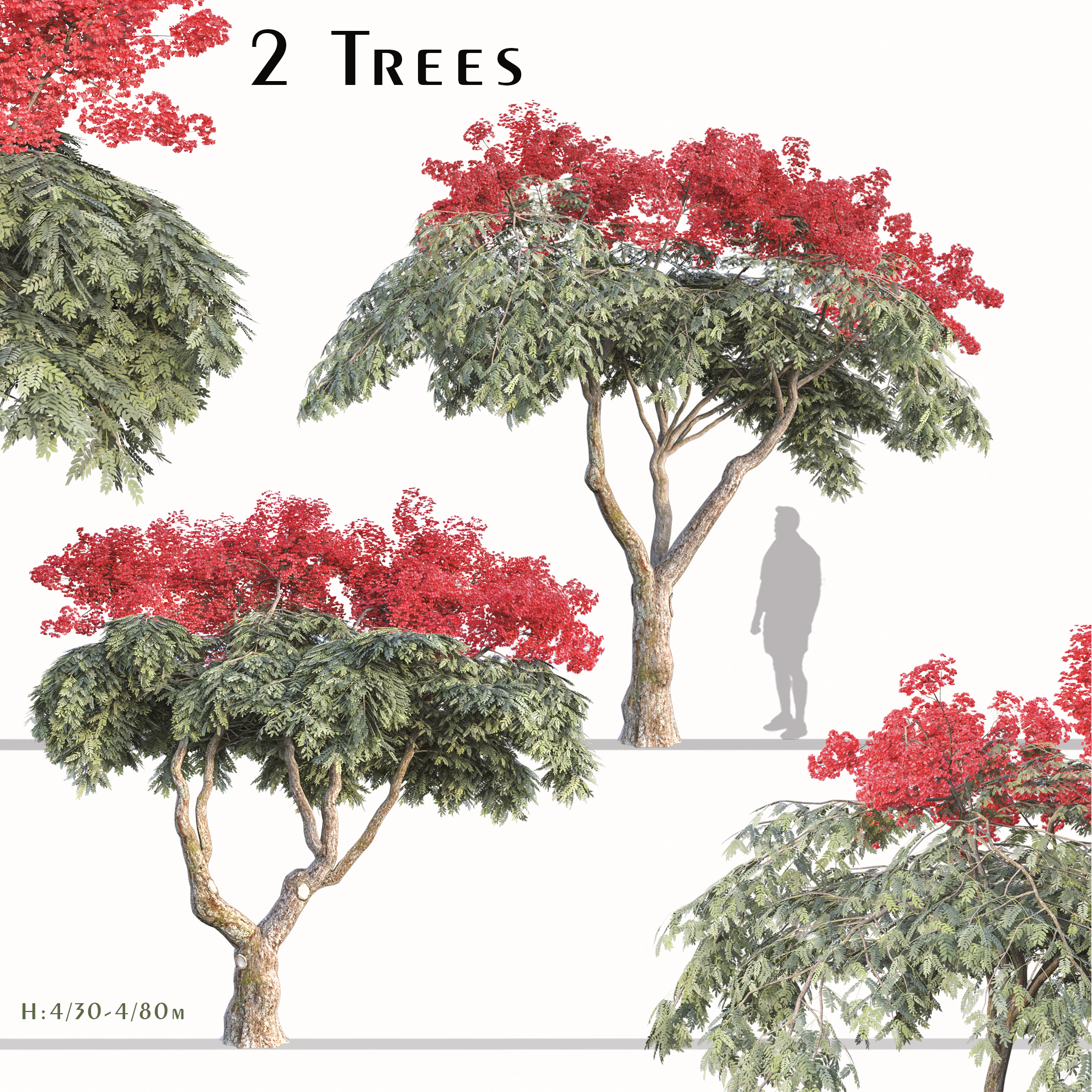 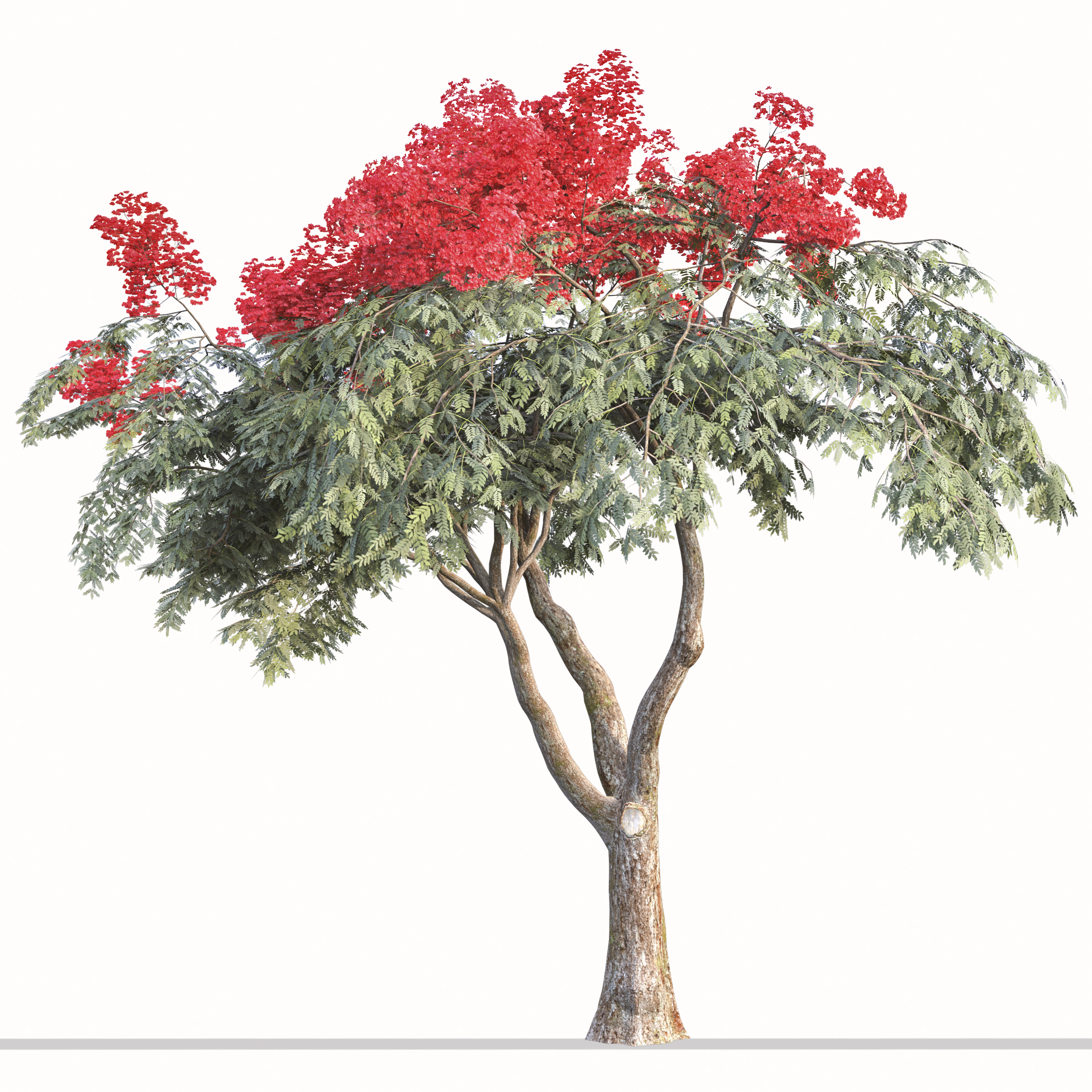 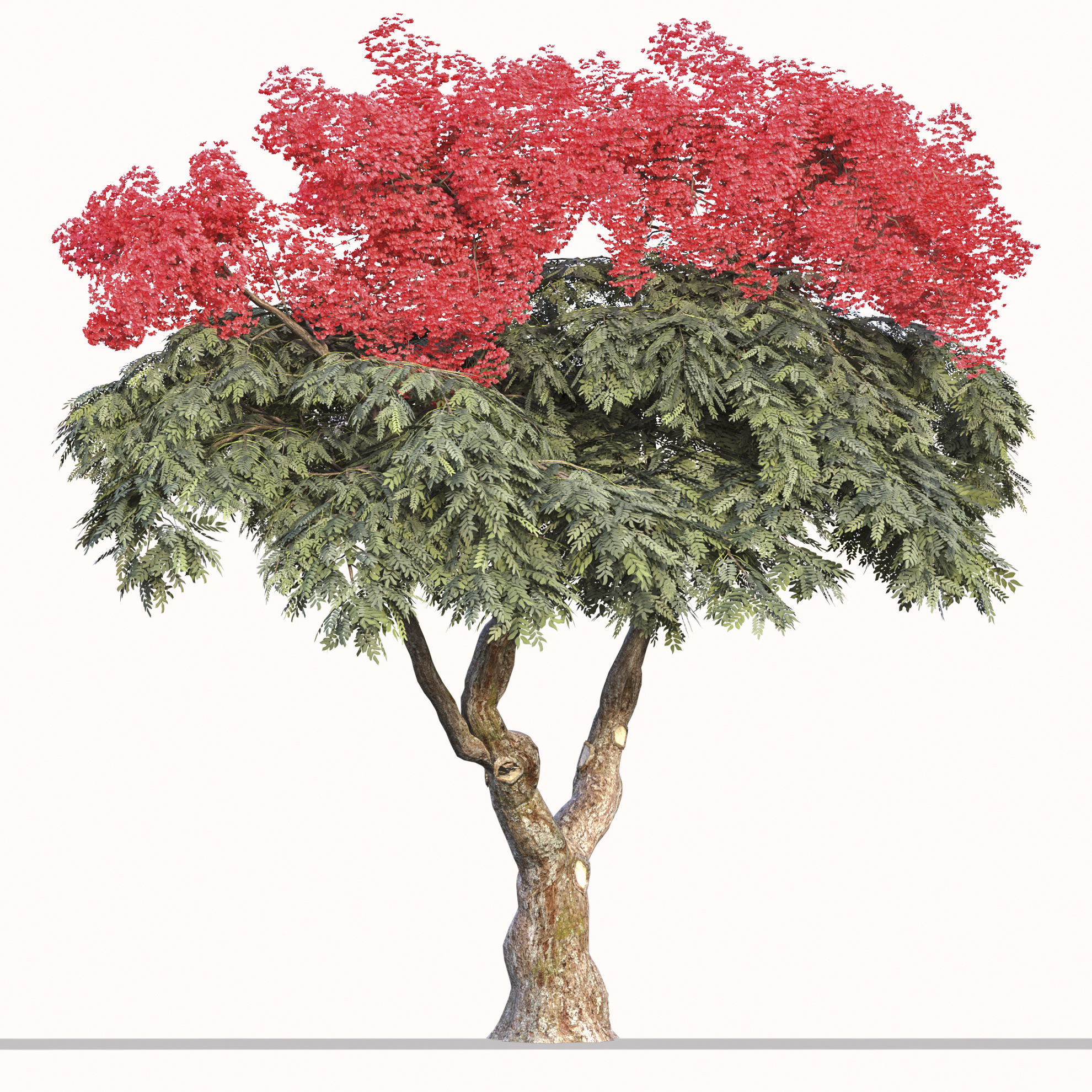 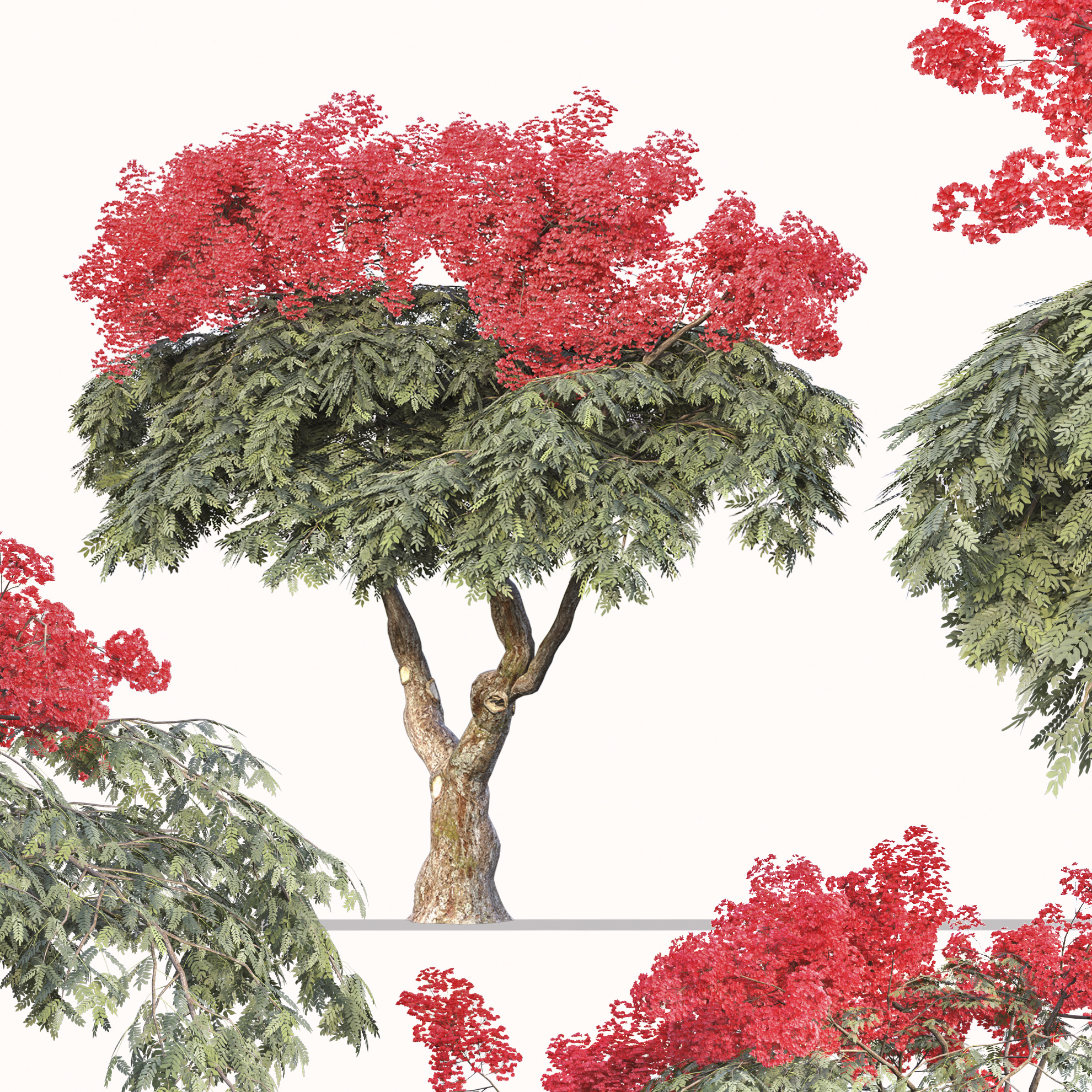 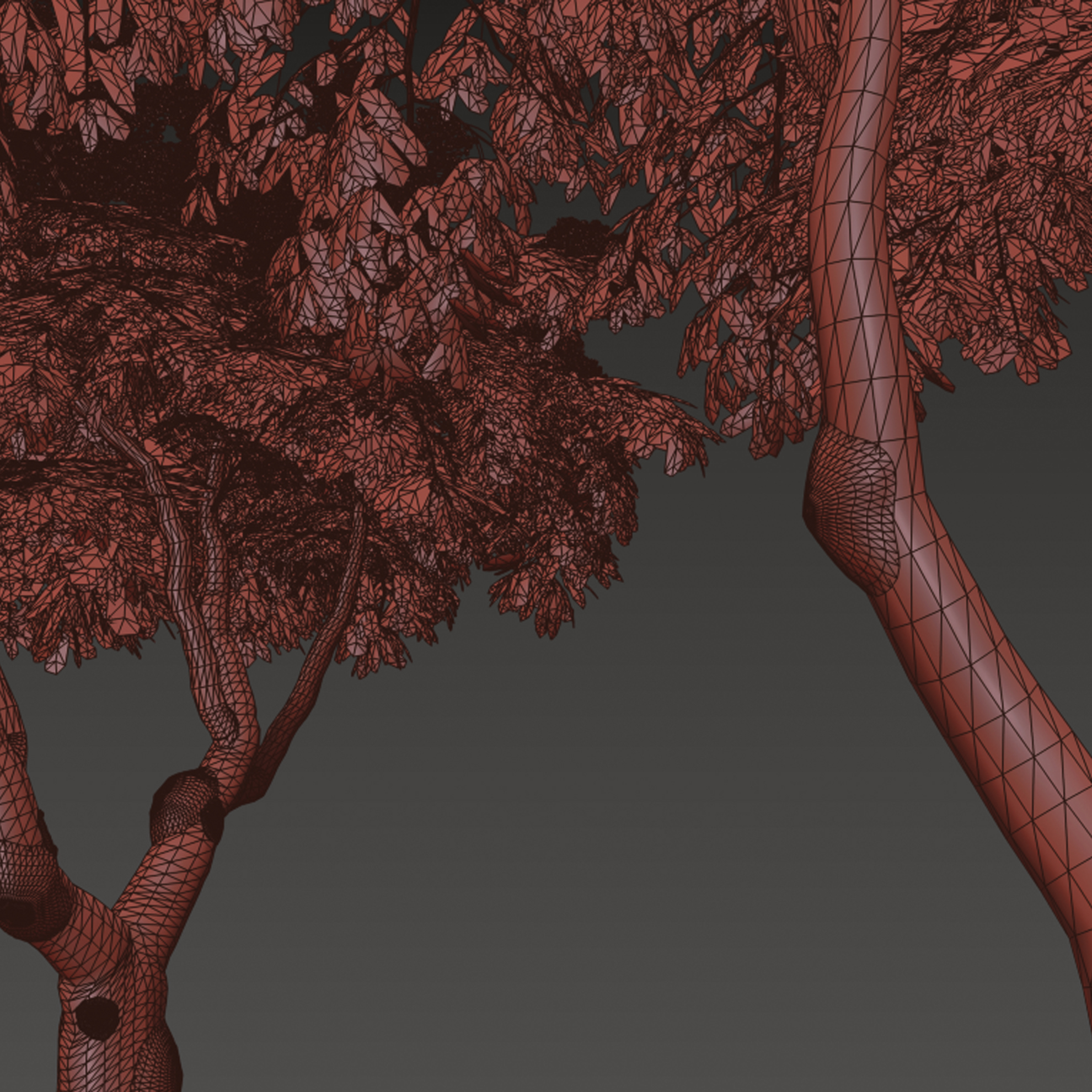 2 different Flamboyant trees in the scene.
The flamboyant tree has been described as one of the loveliest and most colorful trees in the world. With a blaze of yellow to crimson red blossoms and delicate fern-like leaves, the magnificent flowers grace Belize from April until September in Belize and all around the earth in tropical climates. Flamboyant trees belong to the family Fabaceae / Legumiosea, sub-family Caesalpiniodeae. In addition to being a joy to behold, flamboyant trees also have healing properties and may be a source of revenue for Belize farmers and growers.Flamboyant trees, Delonix regia, have been grown primarily as ornamental shade trees since at least the 17th century. The tree is indigenous to Madagascar. Since the 18th century Flamboyant trees have been widely cultivated in most tropical regions. Other common names for the tree include: flame tree, fire tree, peacock tree, arbol el fuego. The tree was previously considered to be in the genus Poinciana and was known as royal Poinciana.
Polygons (Total number of scene): 1,363,294
Verts (Total number of scene): 2,015,603
flamboyant tree1: 4/80 m
flamboyant tree2: 4/30 m
In the archive: 3ds max (V-ray-2014), FBX and …
* Features:
– Optimized for Distant and Closeup Views
– Clean Topology
– Unwrapped Overlapping
– Real-World Scale
– Transformed into zero
– Objects Named
– Materials Named
– Units: Centimeters
Have a good one!