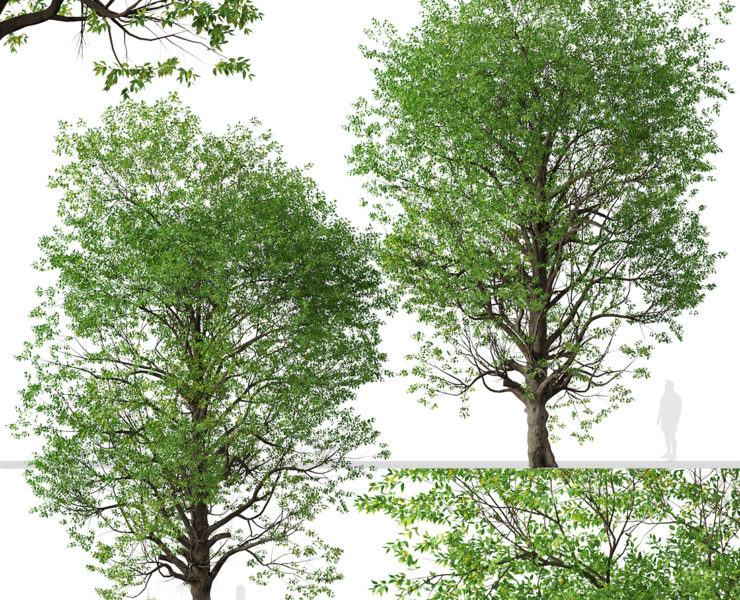 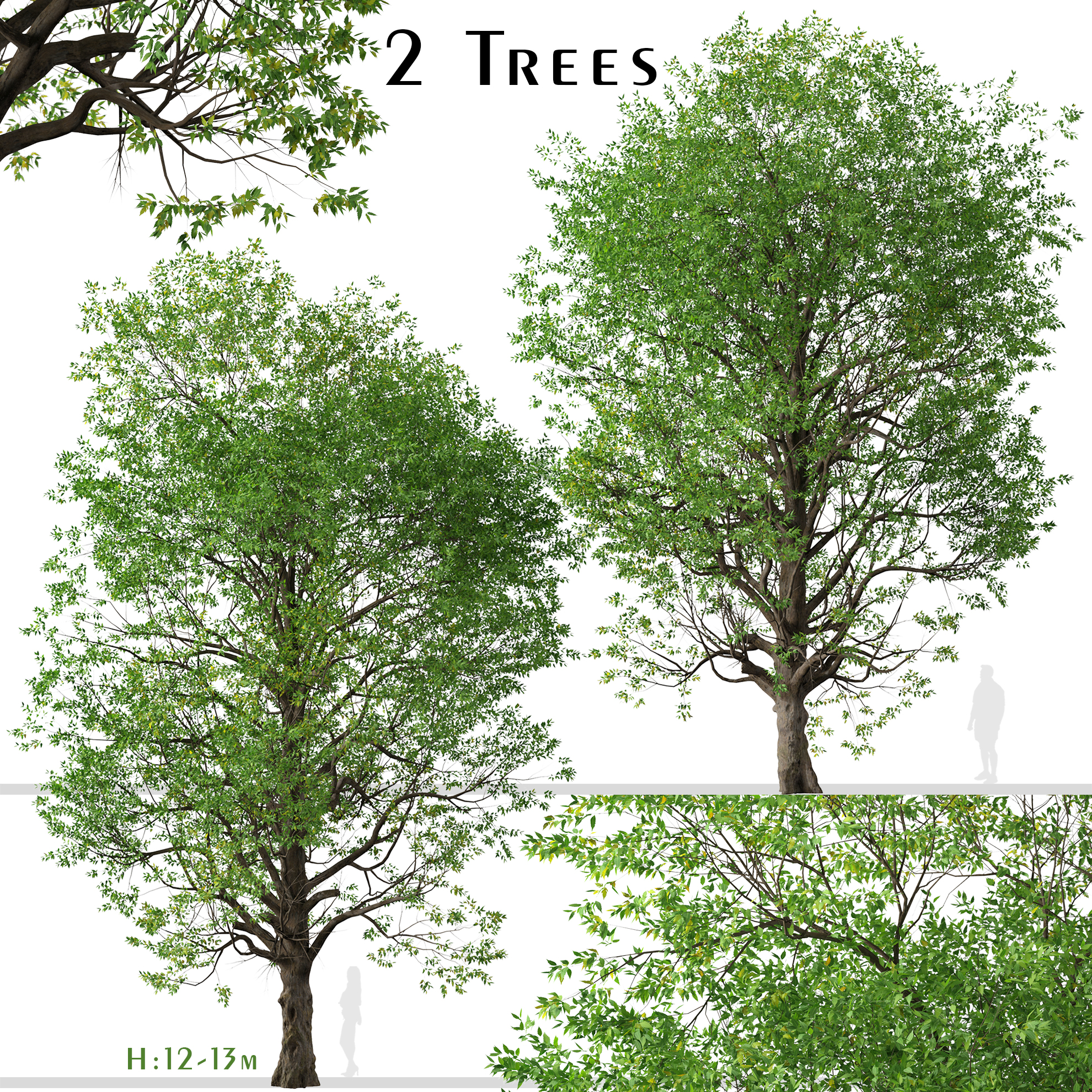 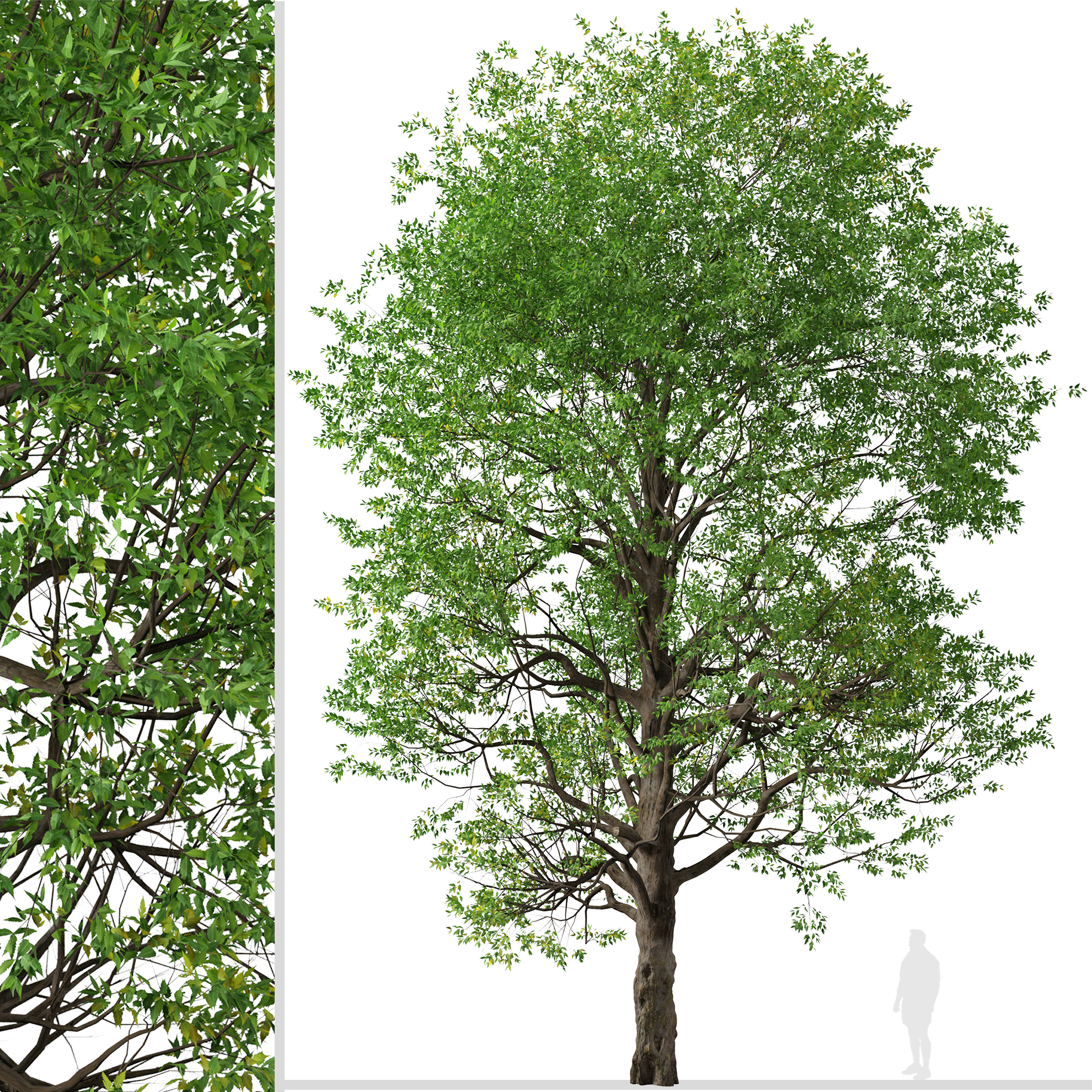 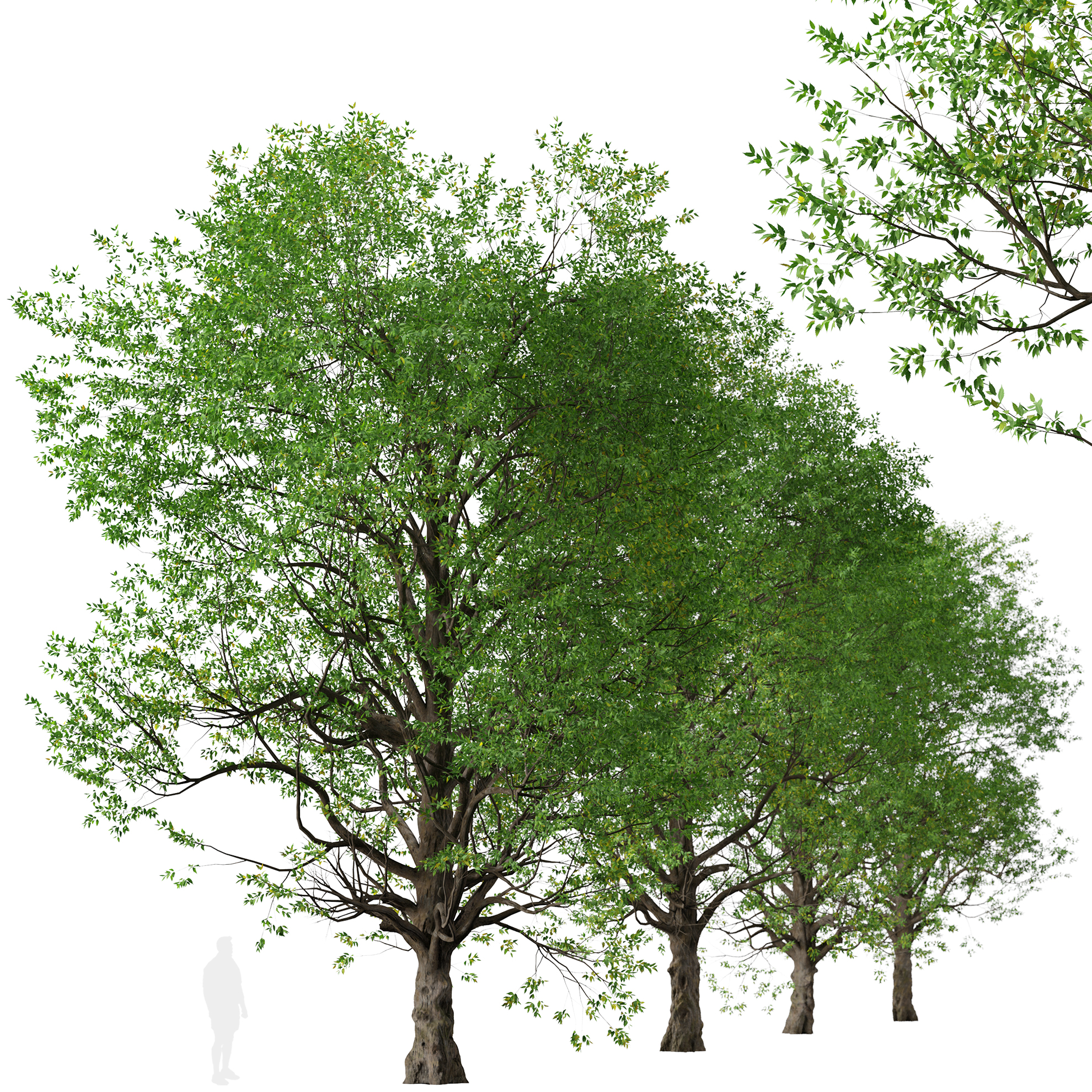 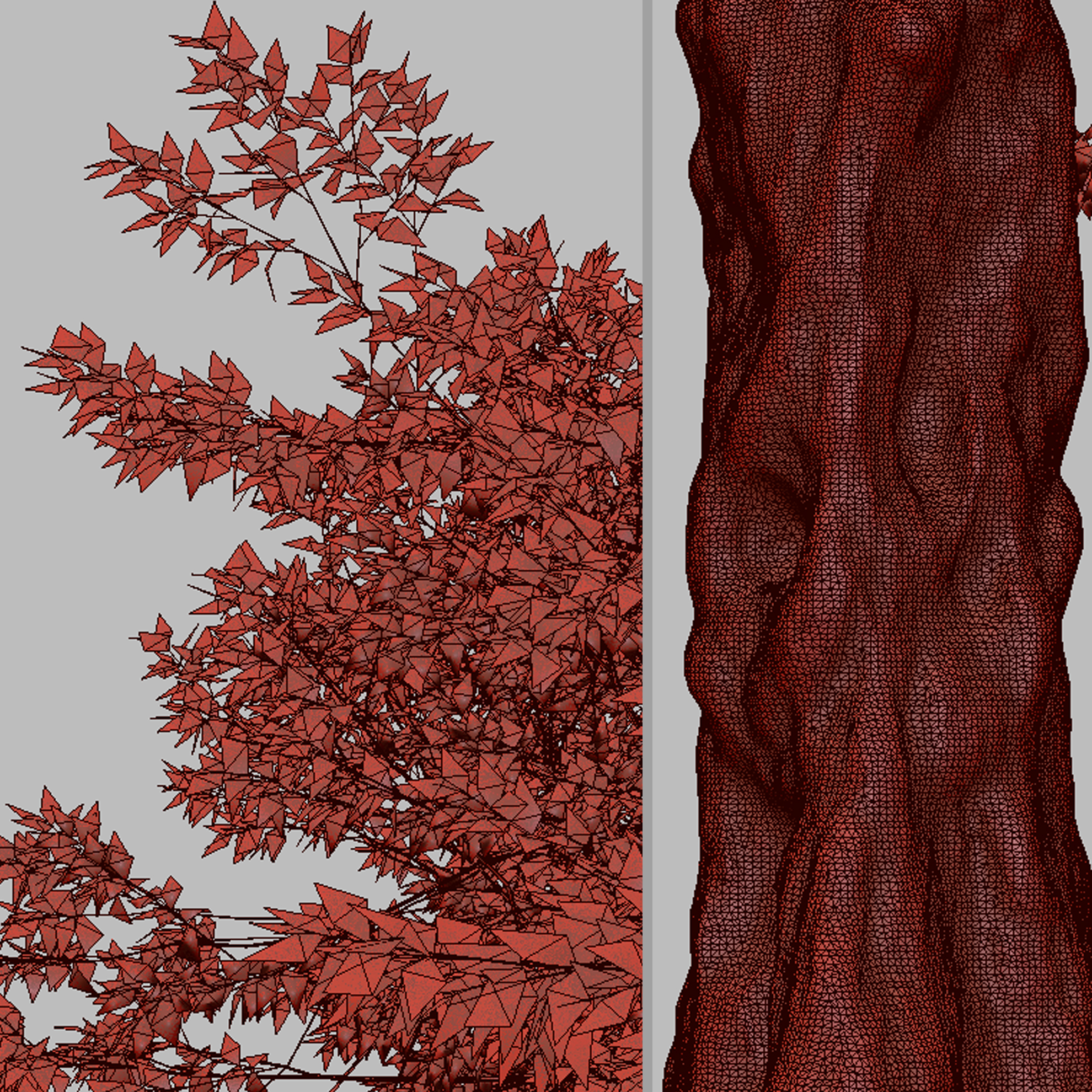 2 different Japanese zelkova trees in the scene. Zelkova serrata is a species of the genus Zelkova native to Japan, Korea, eastern China and Taiwan. It is a medium to large deciduous tree, typically growing to 40-80 feet tall with a spreading, generally upward-branching, vase-shaped crown. It is often grown as an ornamental tree. It is noted for its graceful shape, clean foliage, attractive bark and resistance to Dutch elm disease. Polygons (Total number of scene): 1,815,132 Verts (Total number of scene): 1,980,994 Japanese zelkova1: 13 m Japanese zelkova2: 12 m In the archive: 3ds max (V-ray-2014), FBX and … * Features: – Optimized for Distant and Closeup Views – Clean Topology – Unwrapped Overlapping – Real-World Scale – Transformed into zero – Objects Named – Materials Named – Units: Centimeters Have a good one!