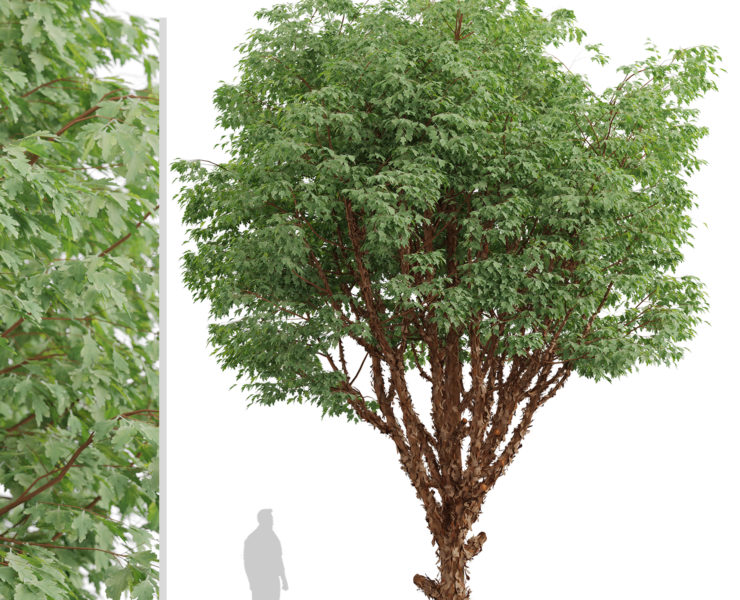 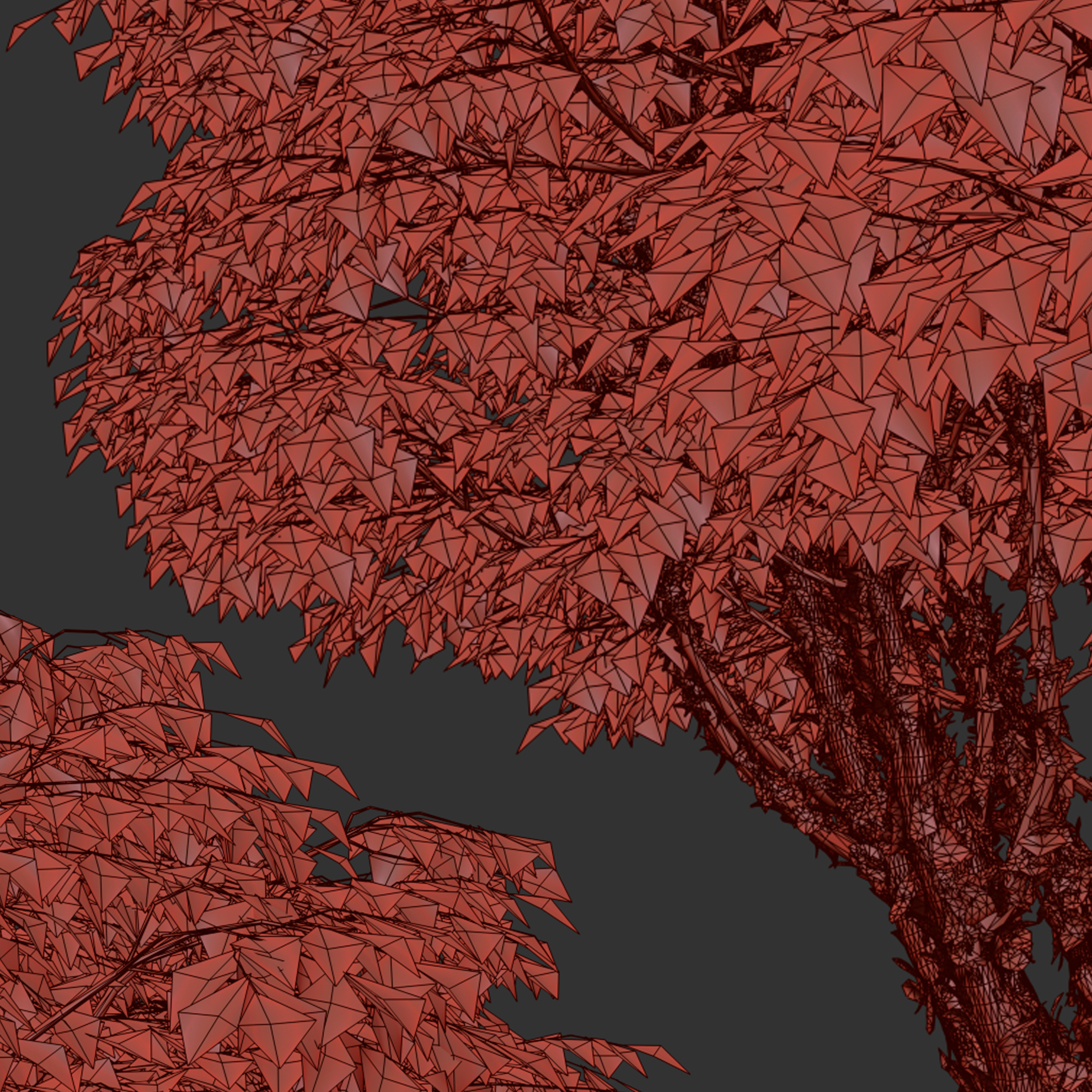 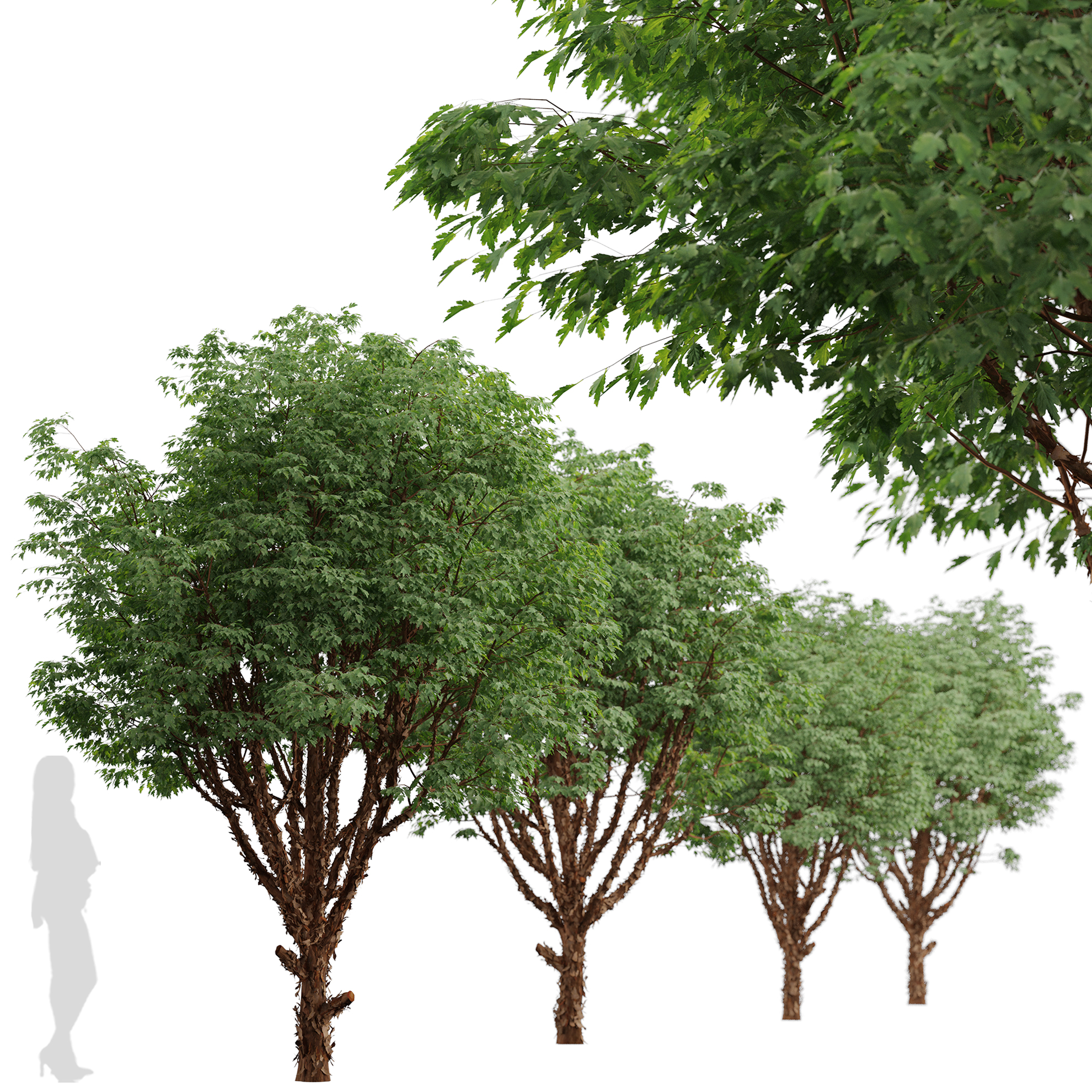 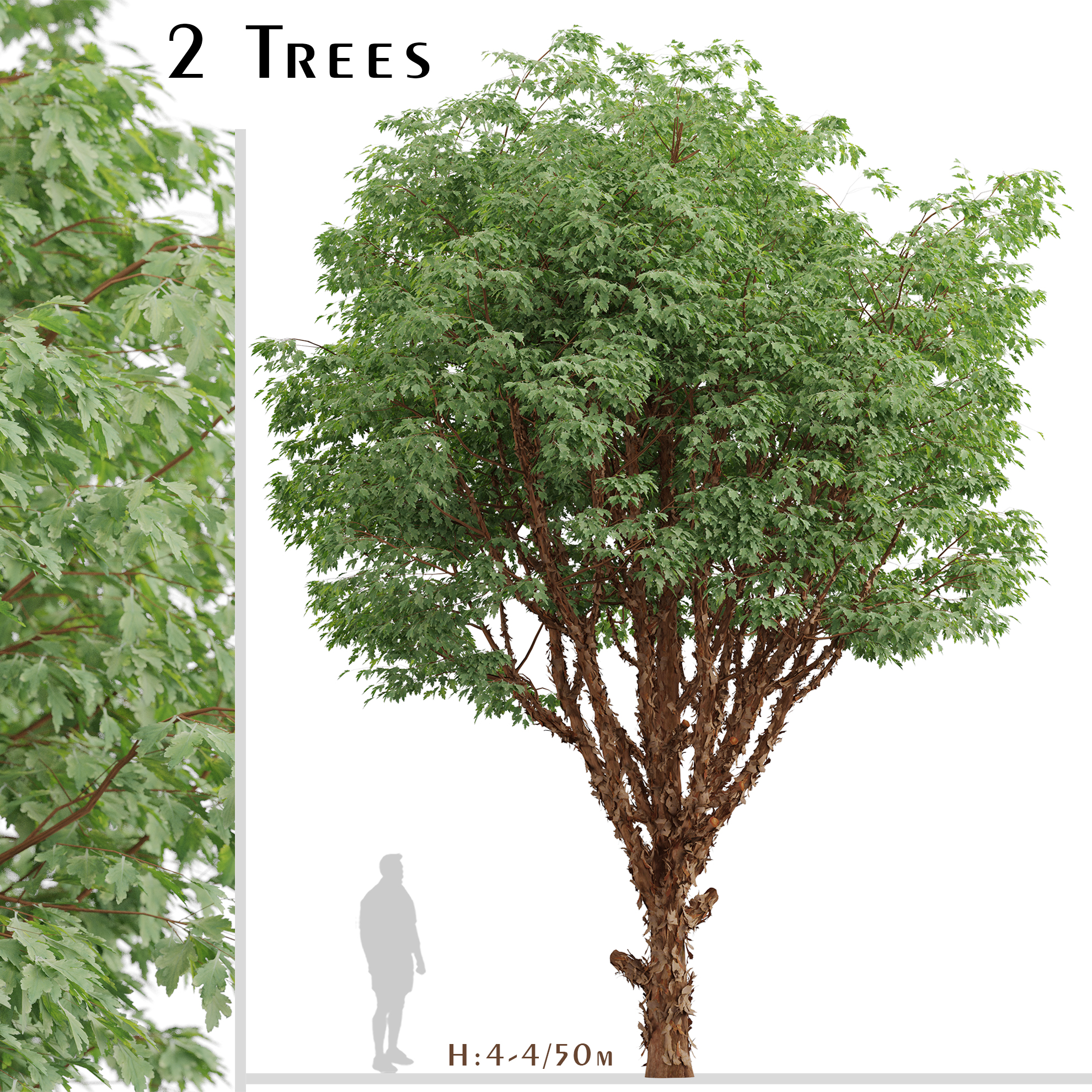 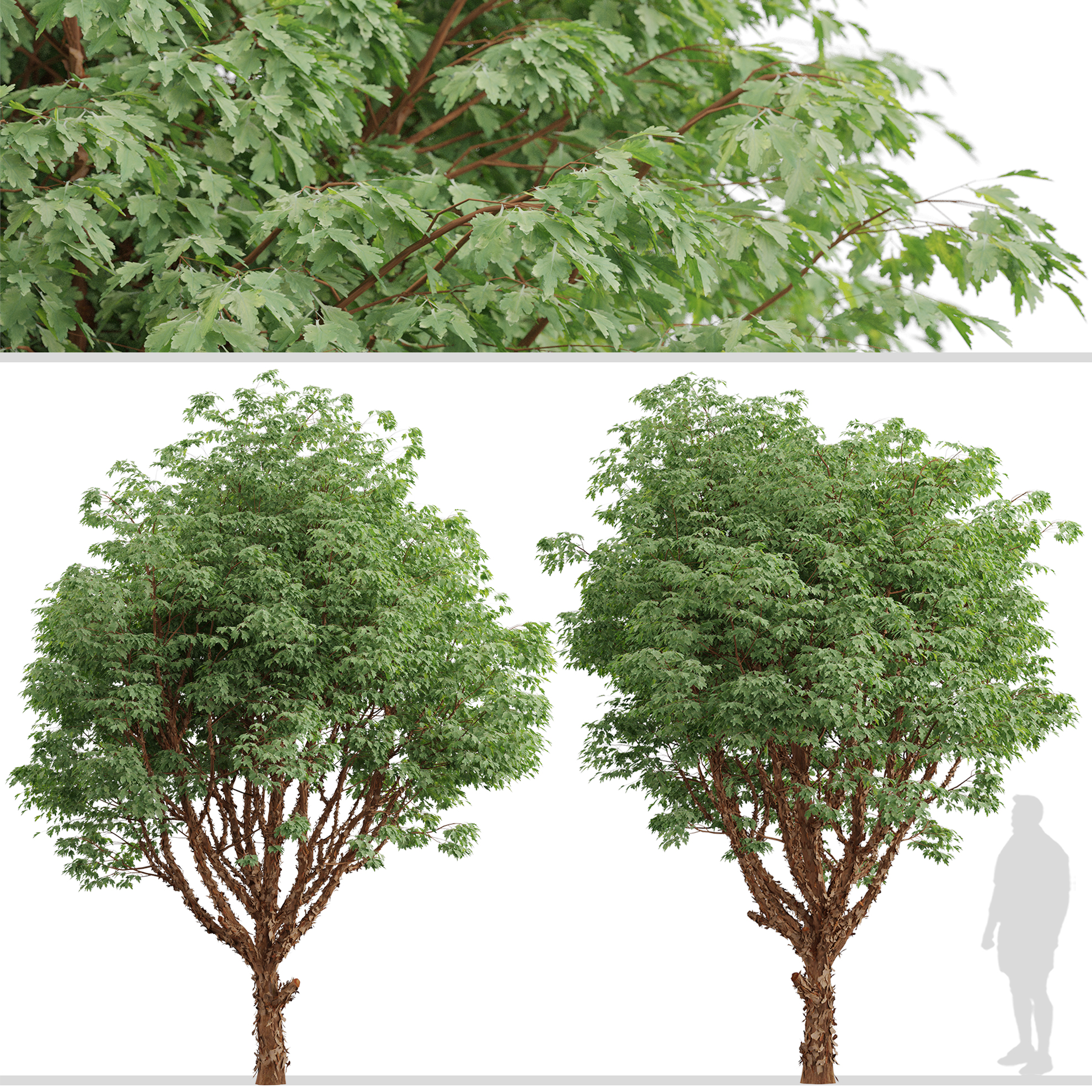 2 different Paperbark Maple trees in the scene. Acer griseum, commonly called paperbark maple, is a small, deciduous, oval to oval-rounded tree with slender upright branching. It is particularly noted for its exfoliating copper orange to cinnamon reddish / brown bark and its showy orange to red fall color. It typically matures to 20-30 (40) feet tall. It is native to mixed forests in central China. Bark on the trunk and limbs is extremely ornamental because it peels into large curls which remain on the tree rather that falling to the ground, often in attractive contrast to the tan to rose-brown inner bark. Polygons (Total number of 2 trees): 2,423,571 Verts (Total number of 2 trees): 2,102,661 Paperbark Maple1: 4 m Paperbark Maple2: 4/50 m In the archive: 3ds max (V-ray-2014), FBX and … * Features: – Optimized for Distant and Closeup Views – Clean Topology – Unwrapped Overlapping – Real-World Scale – Transformed into zero – Objects Named – Materials Named – Units: Centimeters Have a good one!