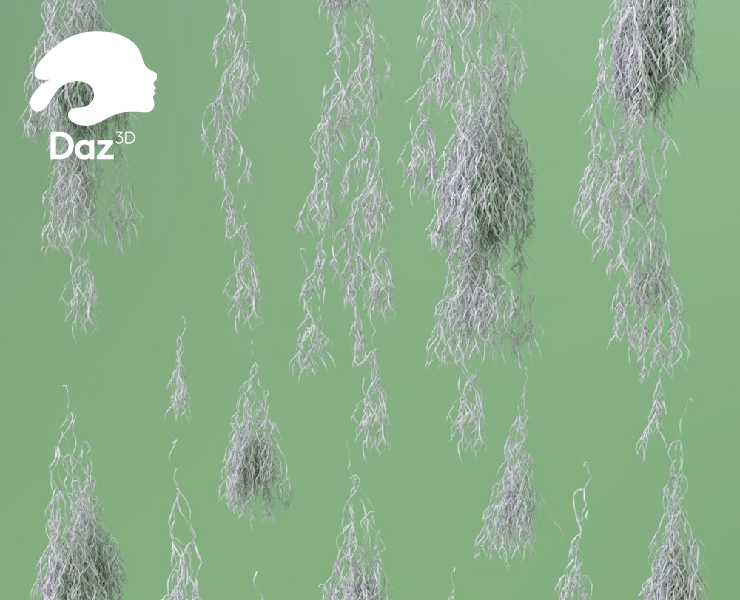 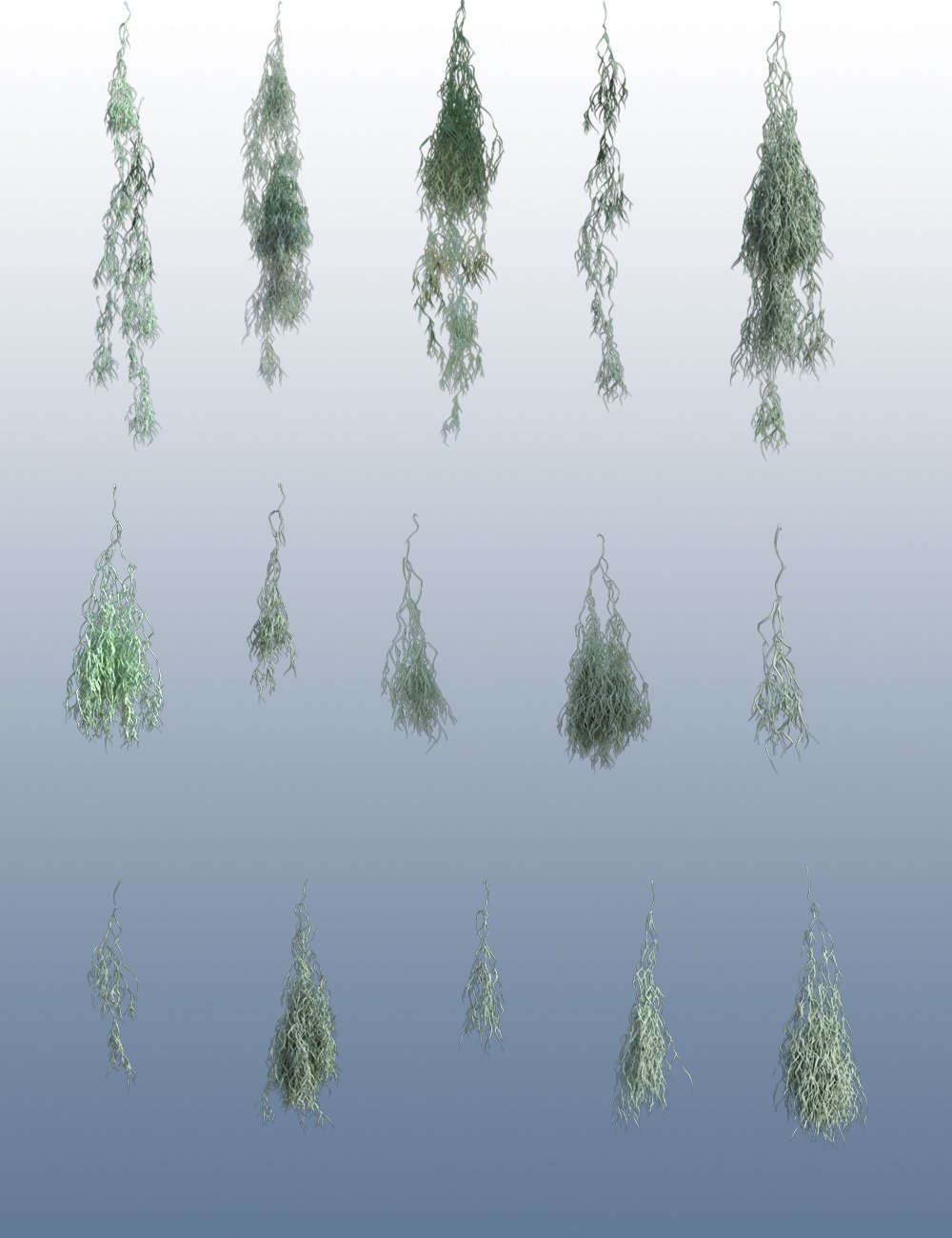 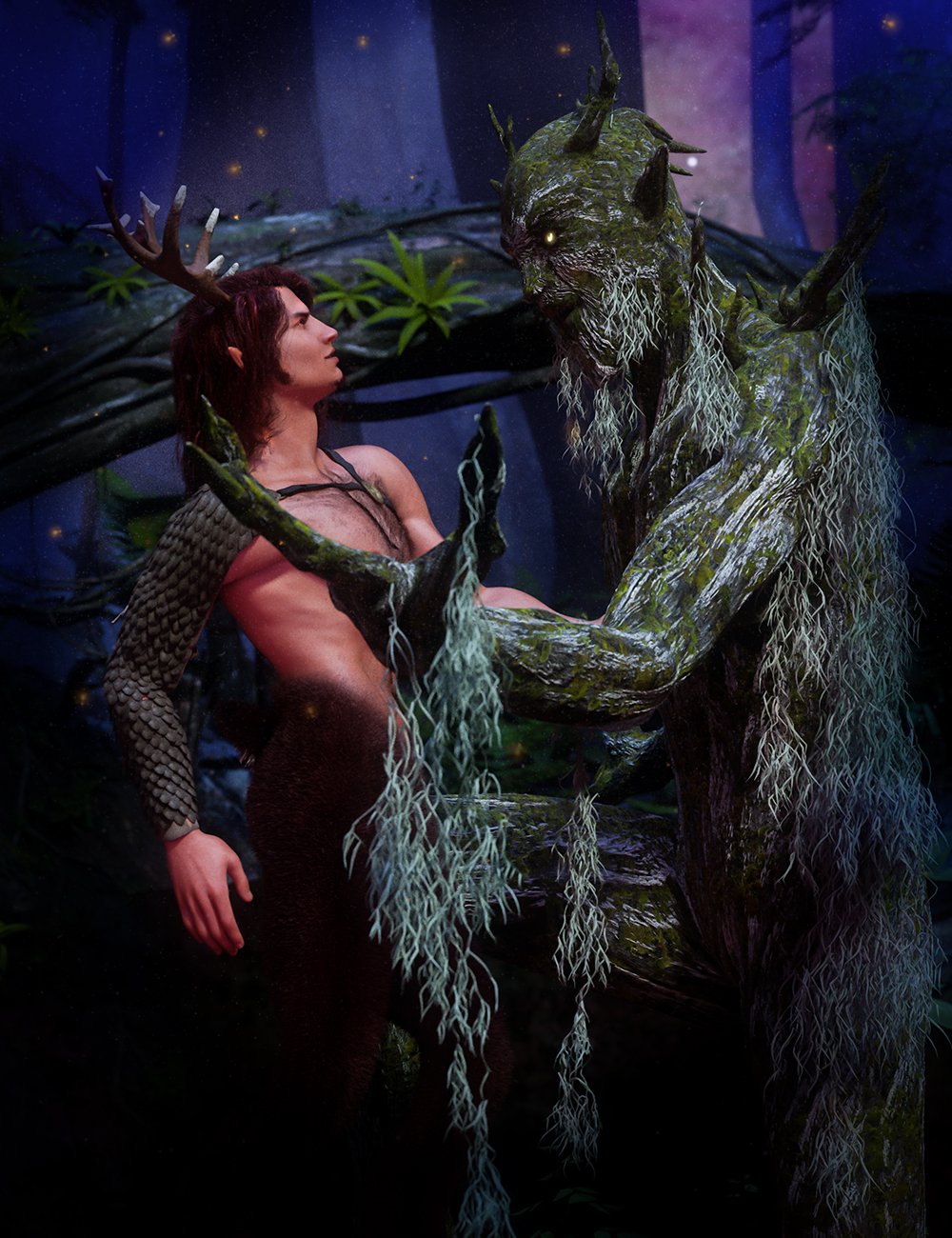 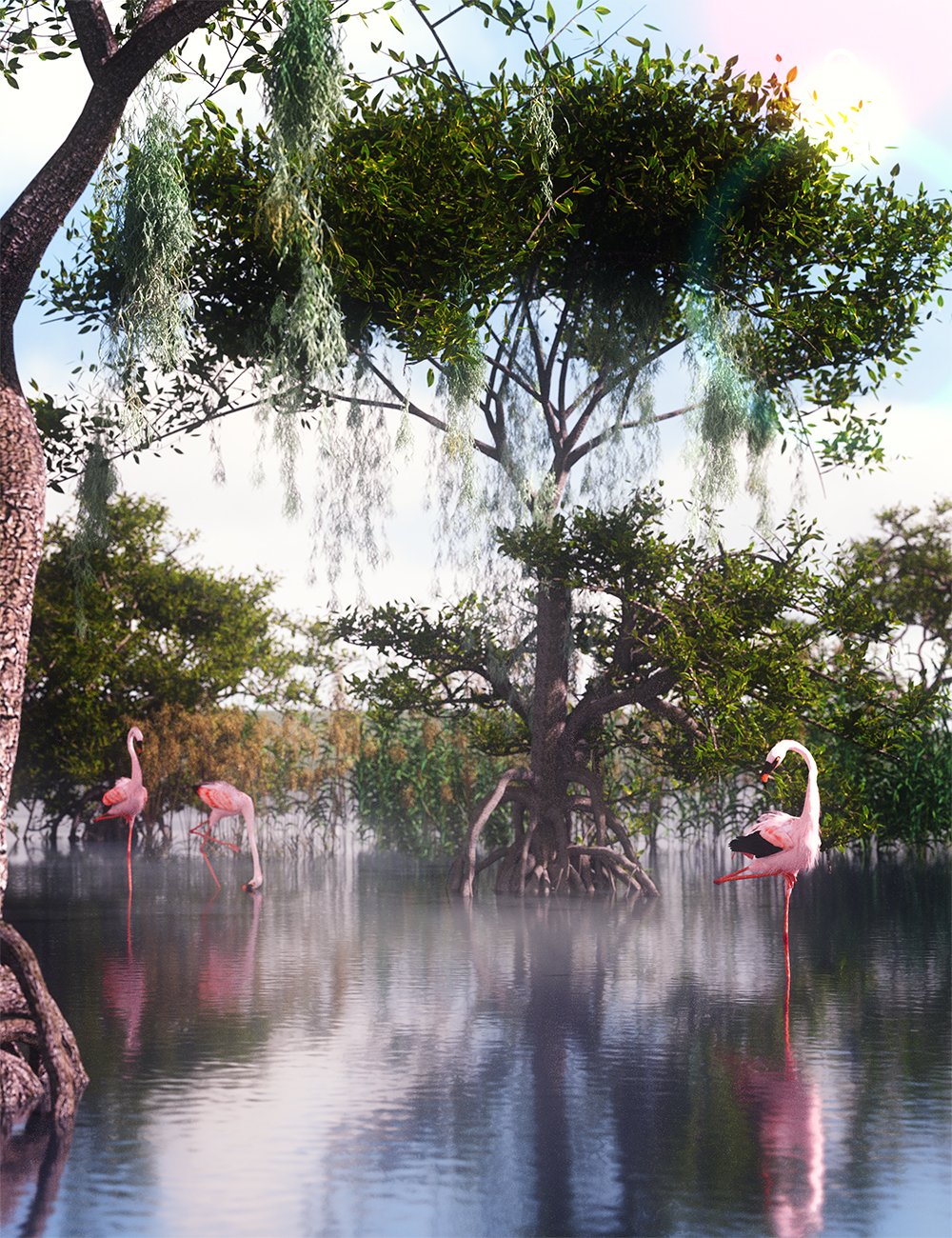 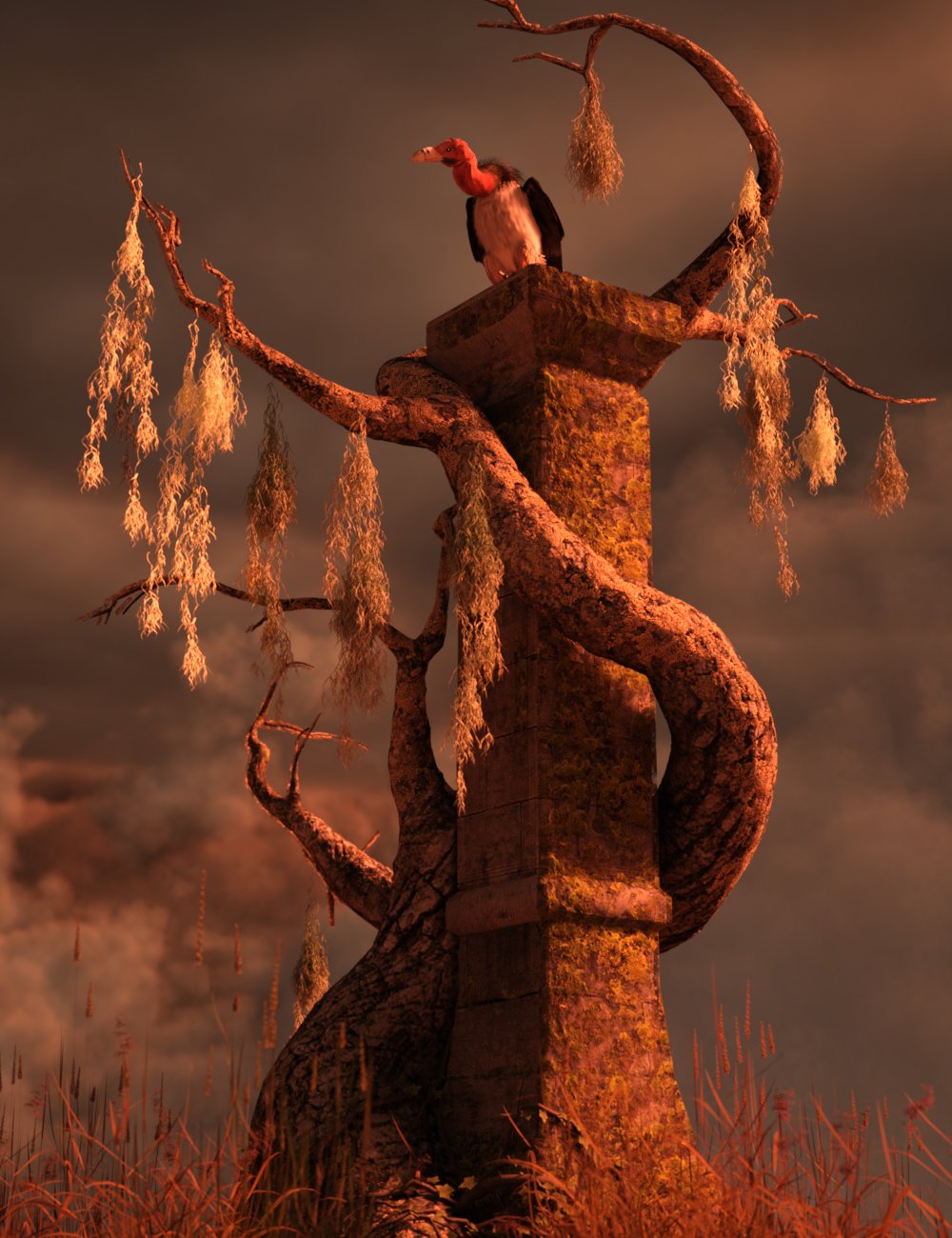 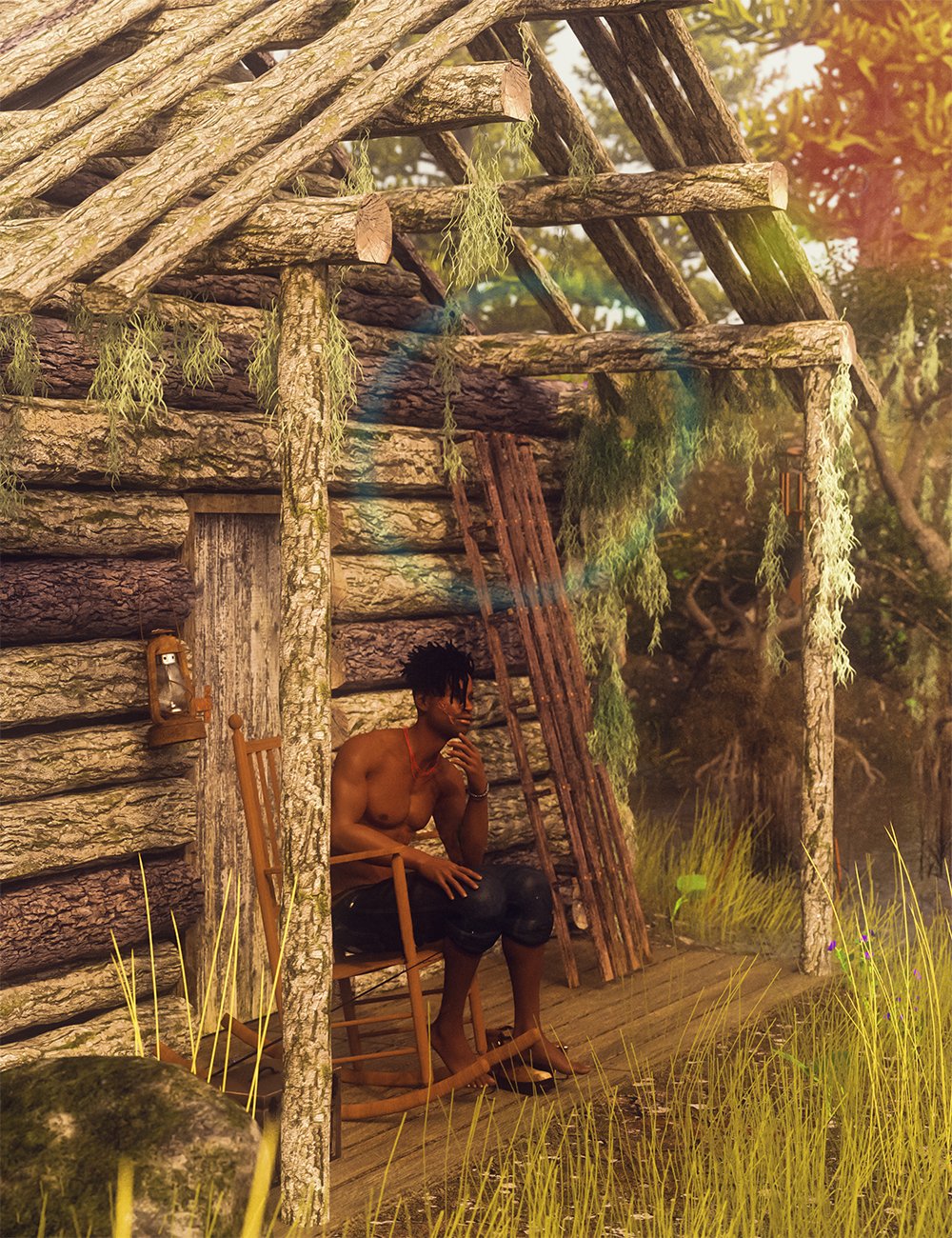 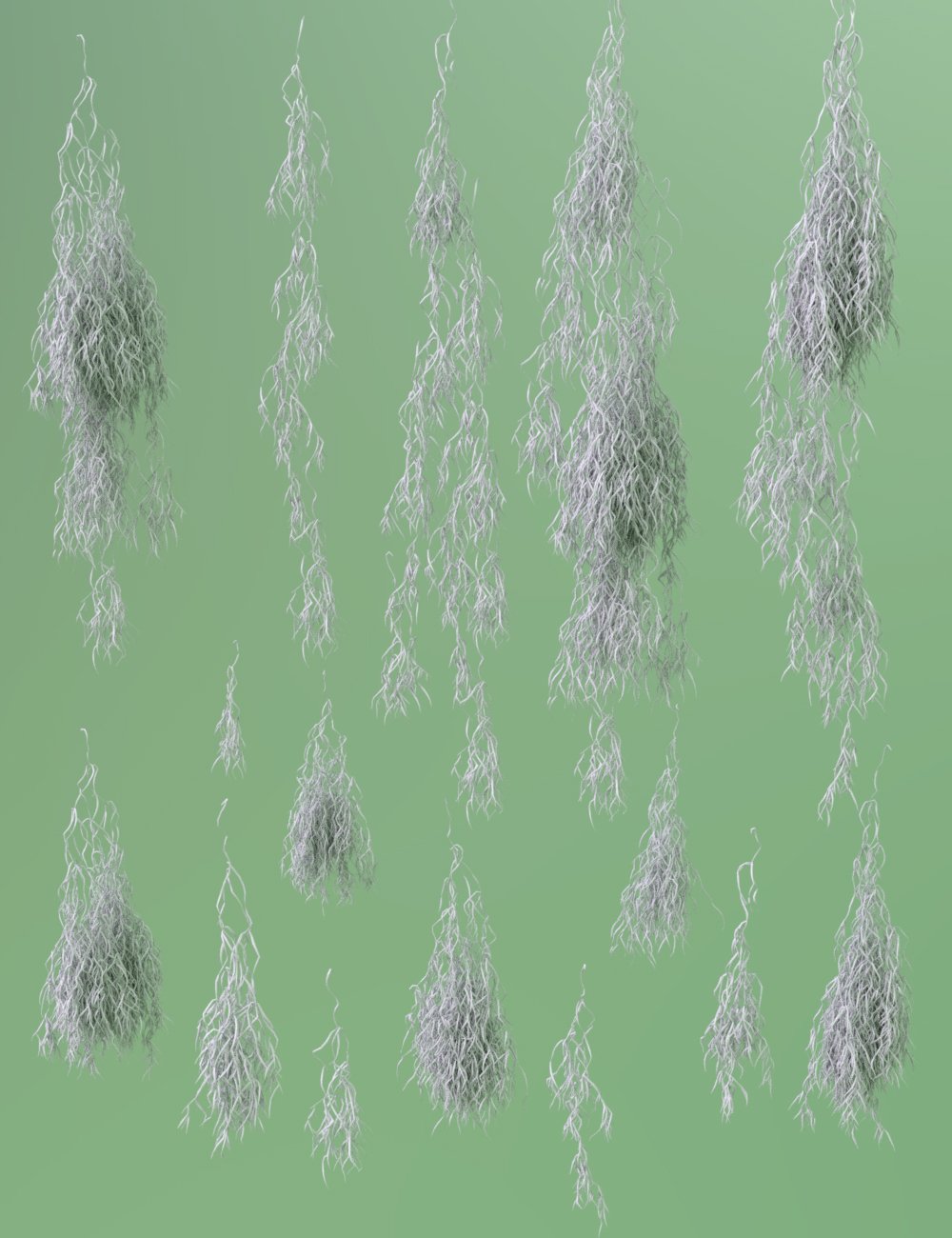 A handy bundle of Fifteen Spanish Moss, found in damp tropical and subtropical climates growing on trees, buildings, and other surfaces.

These Spanish Moss plants will add atmosphere, detail, and realism to your renders, whether you hang them on tree branches, from the eves of buildings or indeed use them as part of your fantasy characters.

All of these plants have procedural materials using the power of the Iray surface to give them that realistic, velvety look when not using any texture maps at all. This makes them fast to render and very low on the amount of space they take up on your hard drive.

They have been created so that their hooking point is at the top of the plant (rather than the standard of it being at the base) to add ease of placement when hanging them from other objects, which is what they are intended to do. They will also load above the ground plane so that they are easy to find.

Included in this bundle of Fifteen plants are ten regular size clumps which vary from a few wispy strands of moss to some much thicker clumps along with five much larger, longer and more substantial clumps. Combine a few of these and vary your scale and the y axis rotation and you have an infinite number of combinations.

Top Tip: These models will also load and work well in Ultra scatter, where you can easily populate the tree with a whole colony of moss. Just add in the normal way, but when you get to the rotation tab, un-check the Alight to the normal box and choose top as your rotation and scatter point. In the advanced tab, you should select twigs or branches or the part of the object you want to hang the moss off of. Remember to add variations in scale etc. as part of your setup.